While cows in India enjoy nothing less than a divinely status, a village in Meerut in Uttar Pradesh is busy mourning the demise of a stray bull who apparently gave divine protection against natural calamities to its people.

According to The Times of India, the bull that was worshipped as a deity by the entire village of Baghpat in over the seven years that it lived there, died on Sunday of natural causes.

The residents as a mark of respect, also gave it a burial with proper rituals and performed a yagya for its soul, the report added.

Speaking to the newspaper, Raj Singh, a Daha resident who participated in the yagya said, “It was a living deity for us, protecting us from evil ever since it arrived at the village. Once, when there was a heavy hailstorm. The ‘Saand Devta’ (bull deity) bellowed thrice with its head facing the sky and the hailstorm stopped immediately. Our valuable crops were saved. We never faced any kind of natural calamity including drought or any other kind of tragedy as long as the bull lived in the village.” 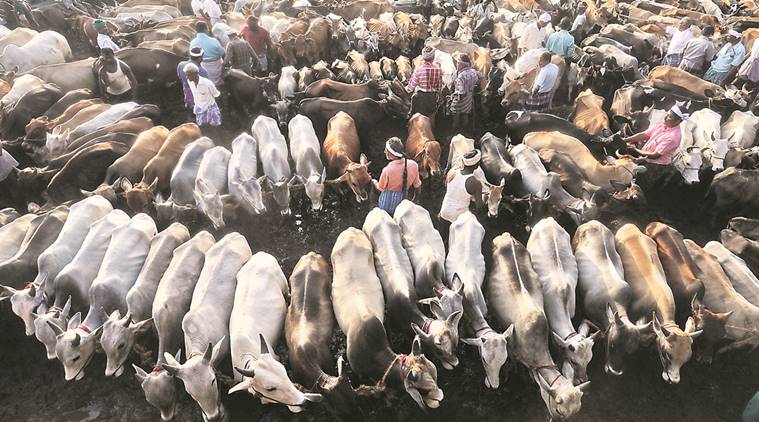 The bull was fed and taken care of for several years and the village inhabitants are now contemplating building a temple near its grave as a mark of tribute.

Apart from bulls, there are many parts across the country where animals are worshipped and considered to be at par with the almighty.

According to Hindustan Times , as many as 20 shrines in Mumbai worship tigers and leopards and appease the deity with sacrificial offerings, in an attempt to reduce human-animal conflict.

The Bishnois of Jodhpur consider the blackbuck to be the reincarnation of their religious Guru Bhagwan Jambeshwar also known as Jambaji.

Whereas, in the northeast, tribals and non- tribal residents of a group of villages worship bats at a bat cave in the Bamuni hill , 17 km south of Nagaon town in central Assam , as per a report by The Hindu.