The flood situation in Assam is getting worse each passing day. However, despite heavy rainfall and floods, people from various districts in the state celebrated Independence Day.

A photo from Assam has gone viral on social media. The picture is of four teachers and two students of a school in flood-hit Dhubri district of Assam, who made sure that the Tricolour was hoisted and the Jana Gana Mana sung to celebrate India’s 71st Independence Day.

People from regions like Nagao, Dhubri, Barpeta, and Kamru hoisted the National Flag amidst the heavy rains and floods in the state. Due to heavy downpour and floods this month, at least 14 people lost their lives till Sunday. 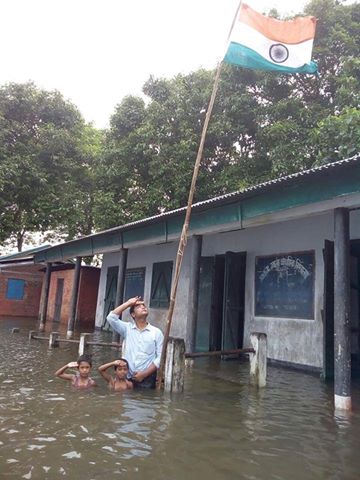 “Yesterday in a meeting, we four teachers decided to organise the programme,” said Rahman, an assistant teacher at the school, according to a Hindustan Times report. 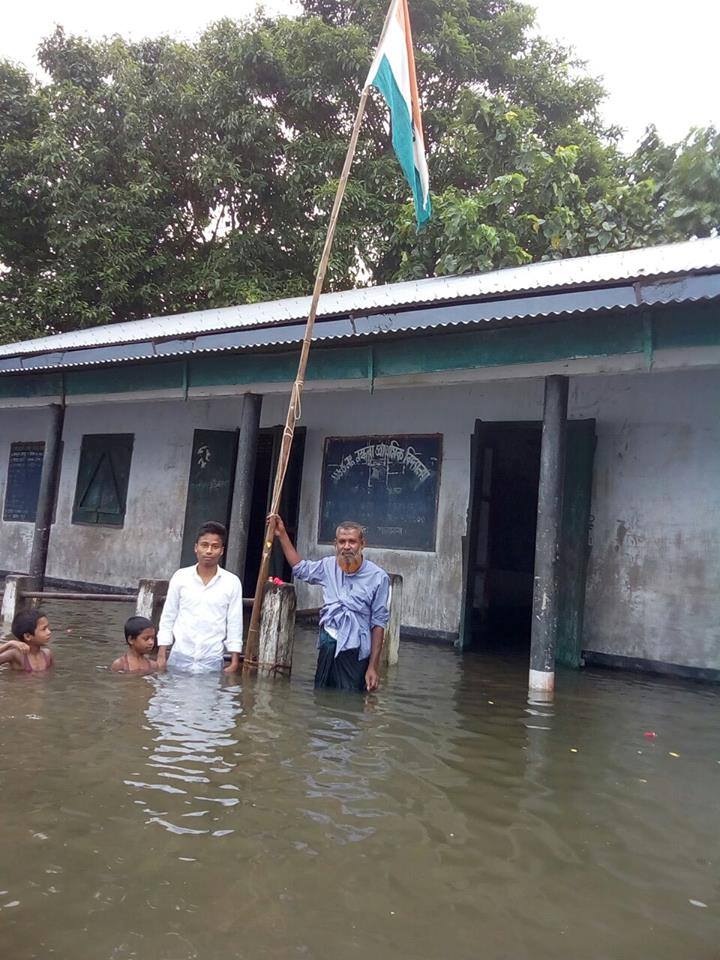 “We couldn’t do much due to the flooding. We sang the national anthem and Vande Mataram. Since, small children can’t be in water for long, we dispersed the assembly early,” Rahman added.

Assam is hit by the flood wave for the second time this year. In the first wave which lasted from April to July, almost 19 lakh people were affected and around 85 people lost their lives.