There is no doubt that the relations between the media in the United States and President-elect Donald Trump are strained. On several occasions, Trump has attacked the press harshly maintaining its disdain for the media personnel. In his first press conference after winning the elections, he called a media outlet a “failing pile of garbage.” He pointed fingers at a reporter from CNN saying: “You’re fake news.”

But are these “strained” relations a one-off thing specific to the United States? No. Things are not entirely different in India too. Media personnel back home, too, need to face the brunt often for anti-establishment stories published and reported by them. Reporters are detained and thrashed in the name of maintaining peace and avoiding untoward incidents, but that, in fact, is most of the times a manner to intimidate the press.

Just before Trump takes charge of the White House, the US media in an open letter to him and his administration hit back and assured that they will do all they can to maintain the freedom of the press.

The letter has eerie similarities to what journalists in India face as well. These 5 points are exactly what Indian media also wants to say to its politicians.

1) It is our airtime and columns you are seeking to influence: On several occasions, political parties reach out to media units to widen their reach. Press releases are issued on a daily basis to inform media units of their day-to-day events. You have the right to decide what information you want to share with us, we have the right to find out what’s between the lines.

2) We decide how best to serve our audience: Yes, press get the information from you but that does not mean that you will decide how and when it should be played on TV. Whether the media writes about you, or whether it gives you airtime is something decided by them. You might not like when the press is critical of you, but that does not mean that it will not question you when those questions need to be asked.

3) We don’t depend on you for information: It is your choice if you want to give information to the press or not. But even if you don’t, media personnel have their ‘sources’ the thing that you often laugh about. There is always an alternative yet a just way of finding out information. Often, political parties stay away from television discussions on certain issues. They have even boycotted news anchors if they thought they were disrespectful to their spokespersons.

Instructions issued to BJP spokespersons not to appear with AAP on tv debates. Not sure what the ruling majority party is scared of?

4) We will hold you responsible: If there is a wrong statement or a tweet by the politicians, they will be held responsible. The press can and will play up the issue over and over again if politicians guilty for their wrong doing take up the responsibility.

5) We’re going to work together: On several occasions, governments in power have tried to curb the freedom of the press. The collective strength of the fraternity has been displayed on all such occasions. Be it the one day ban on NDTV for its coverage of the Pathankot attacks or the ban on Srinagar-based Kashmiri newspaper, Kashmir Reader. Internal differences and the number business aside, the media is one when the freedom of the press is violated.

Read below the open letter sent by US media to the President-elect. 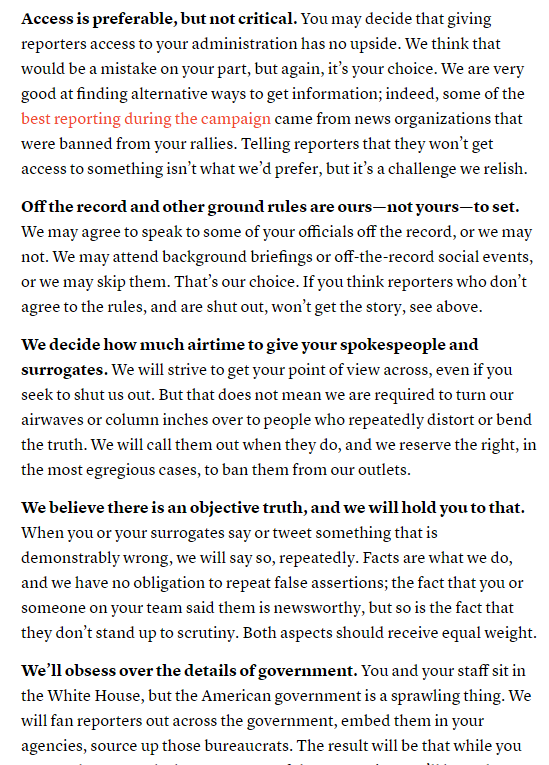 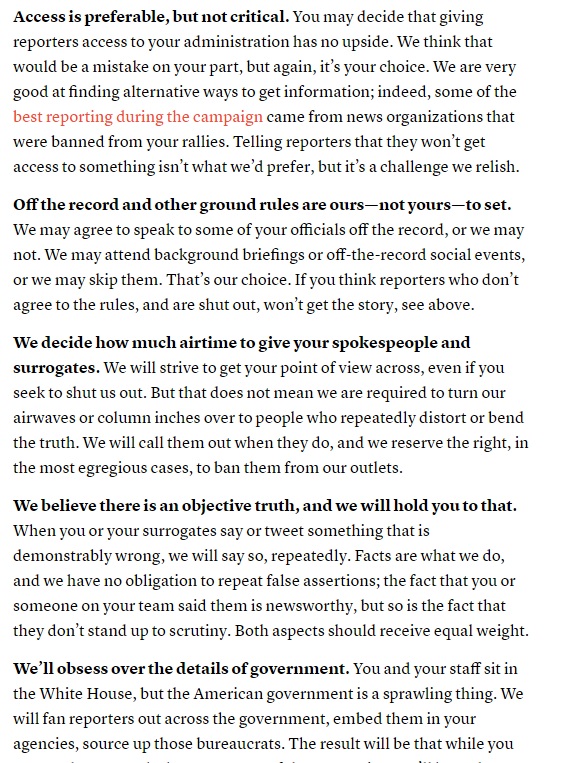 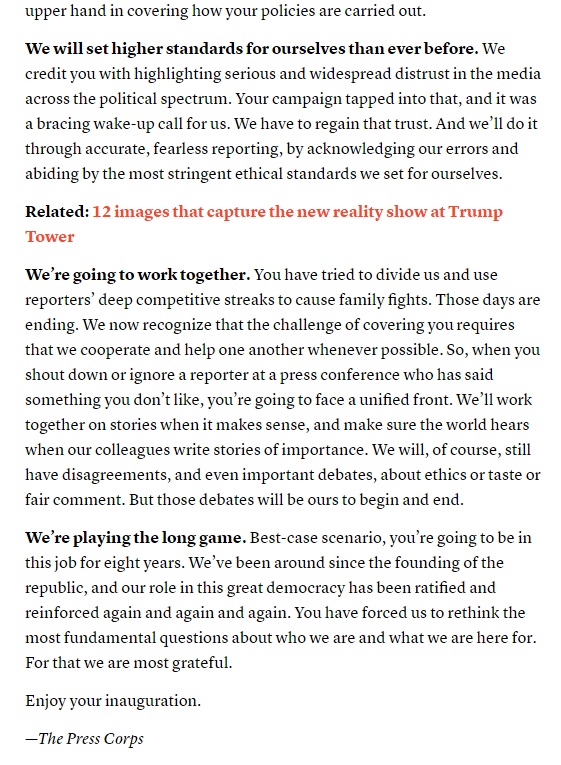