People in Karnataka will have to produce their Aadhaar card in order to buy Mysore Silk saris during a special sale for Independence Day and Varamahalakshmi. The sale, organised by Karnataka Silk Industries Corporation Ltd, will be held between August 15 and 24, is specially organised for women who are fond of the saris but cannot afford them.

The New Indian Express quoted state Tourism and Sericulture Minister Sa Ra Mahesh as saying, “On Independence Day (August 15), we are selling the saris worth Rs 7,000 for Rs 4,000, and on Varamahalakshmi festival (August 24), the saris worth Rs 15,000 will be sold at Rs 4000. We are sacrificing our profits with the intention of reaching women who cannot afford to buy these.” 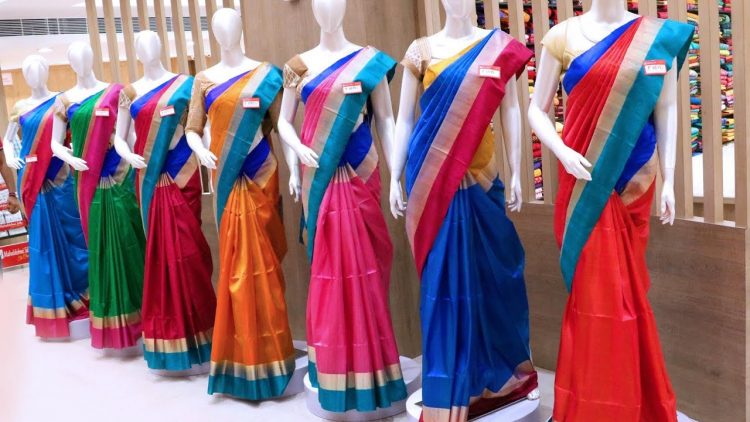 The organisers claim that they made Aadhaar mandatory to keep middlemen away and ensure the saris, which are being sold at discounted prices, reach the intended beneficiaries. The submission of Aadhaar details also means that those buying a sari in the special sale will not be able to buy it for the next five years with the same offer. But Mahesh cautions that they will be unable to track people in case the saris are re-sold.

The sale will be held at five outlets across the state, including two in Bengaluru and one in Mysore, Channapatna and Davanagere. The use of Aadhaar, however, has irked quite a few people, who took to social media to point out how the unique ID has proven to be not entirely safe.

#Aadhaar made mandatory to buy sarees. Who would have thought govt will link it to everything quite literally.https://t.co/REjBtT1t3H

@hd_kumaraswamy what kind of insanity is this? dont you know what havoc aadhaar is creating? https://t.co/JC852mMTqy https://t.co/xxXkzuaOoQ

I hope this is fake news.

I love the wording though. Silk saree buyers as “beneficiaries”.https://t.co/bbIiCMnDED