The  Opposition parties led by Congress called a complete shutdown to protest against the rising fuel prices. SP, BSP, TMC, DMK, RJD and Left parties joined the pan-India protest. Few instances of violence were reported at some places. But the ruling Bharatiya Janata Party (BJP) called Bharat Bandh a ‘complete failure’ and blamed the opposition for fanning violence.

Amidst BJP’s efforts to defend the government’s stand, the party tweeted these graphs: 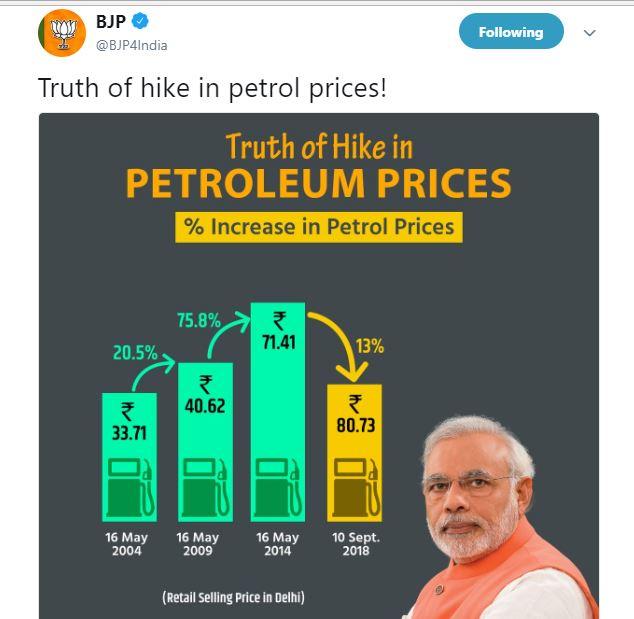 The party probably wanted to show that the prices of petrol and diesel rose by just 13 per cent and 28 per cent respectively, which is very less compared to what happened under Congress’ rule. However, the graph looked as if it’s trying to say that the prices have decreased.

The glaring error got noticed and Twitteratti took up the cause of telling BJP why they shouldn’t be derailing logic:

Where is logic in this graph? pic.twitter.com/OCcWULPIG6

Heh. But then how will they *visually* defend their policy?

UNESCO declares Maths as the most endangered subject in India.