In a viral post, a college student has laid bare the distress of overqualified people in India. According to the post, highly-educated people now have to work in a field their education has no use for.

In the post, Shouvik Dutta tells about a delivery guy who delivered him his food through Zomato. The delivery boy had completed his postgraduation in commerce.

‘It was one of those usual checkouts ordering food,when i was taken a back after i was updated the details of my delivery agent.

Meraj the same said,and below it was written POST GRADUATE IN COMMERCE

Soon a call came,sir i have arrived,
gathering myself went to the front door to pick my food,as i noticed the man standing there with a wide smile on his face,he handed me the parcel
Then happened the most embarrassing moment of my life
With folded hands he said in a shaky voice-“Sir,ektu rating ta diea deben” (Sir, please give me a good rating)’

After talking to Meraj, Dutta got to know that he had done his Mass Communication from Calcutta University, and had also completed his PGDM in either Finance or Investment Banking.

When commenters on the post wondered whether such underemployment was only limited to West Bengal, a couple of others told about how they encountered people overqualified to be delivery persons in Bhubhaneshwar and Bengaluru. 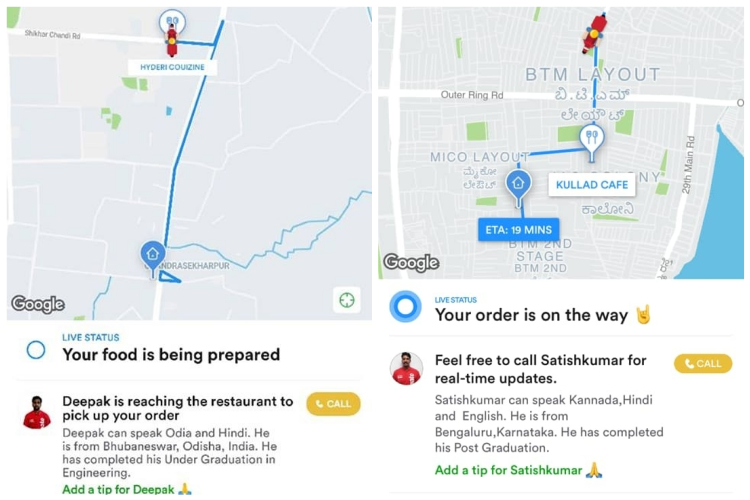 This comes after a recent report of engineers and MBA graduates being among the thousands of people who applied for 14 janitorial posts at Tamil Nadu Secretariat. The diploma and degree holders are fighting it out for 10 vacancies of sweepers, and four vacancies of sanitary workers. The qualification required for these jobs is that candidates should be able-bodied, and aged 19 years or older.

However, such underemployment seems not just limited to engineering and MBA graduates. A recent report on Bar & Bench tells about why an Amazon deliveryperson refused to deliver a shipment near the High Court of Kerala. The author wrote,

“I collected the item and gave him the money as it was a ‘Cash on Delivery’ order. As he opened his wallet to give me the balance amount, I could see a Bar Council of Kerala ID card in his wallet and it struck me why he did not want to come near the High Court area.”

In January, the National Sample Survey Office’s (NSSO) periodic labour force survey revealed that unemployment in India hit a 45-year high and stood at 6.1% in 2017-18. The report further stated that unemployment was higher in urban areas at 7.8%, as compared to 5.3% rural areas.