Kashmir is known for its mesmerising beauty and vivid culture, but it will now be synonymous with being a startup hub. Two college students — Furqan Qureshi (23) and Amir Bashir (21) — have started their own online food delivery in the valley. Based in Srinagar’s Lal Chowk, the students’ own startup — KartFood — launched the website to accept food orders online in February 2017.

The idea for KartFood evolved over time after Qureshi spoke to one of his friends who owns a restaurant in Srinagar. Following the discussion, his friend suggested the idea of starting a food delivery service.

Along with Bashir, Qureshi started accepting food delivery orders over the phone and the idea became a hit. After visiting Delhi and exploring online food deliveries apps, they soon launched a website back in Kashmir. In March 2017, they launched their Android app followed by an app for iOS users a month later. However, Bashir left the project in July. 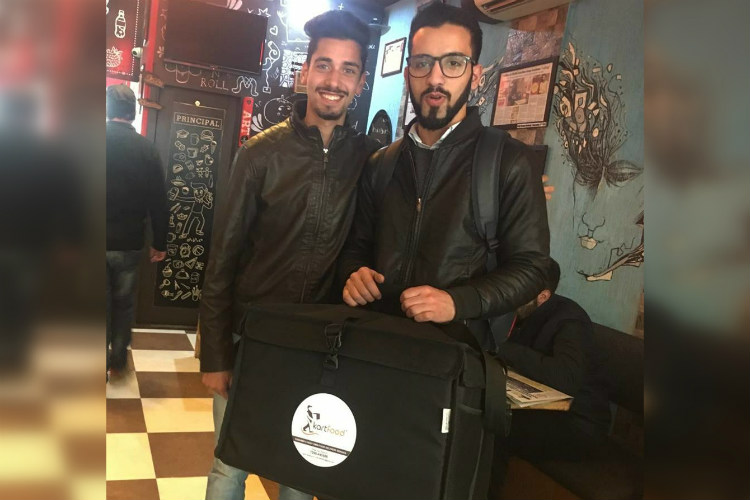 The online platforms allowed users to browse through menus and place an order from 15 select eateries, which is delivered to their doorstep within 45 minutes. The duo’s startup was quite successful, fetching a return on their initial investment in the very first month.

ALSO READ: From a terror victim to a civil services topper: This Kashmiri man’s journey strikes a chord with PM Modi

Qureshi, who is a student at the Islamia College, told YourStory,

“Being an entrepreneur isn’t the easy and carefree path that many believe it to be. It’s actually quite opposite, especially when your base is in a place like Kashmir.”

Qureshi says that KartFood gets nearly 30-40 bookings every day. “Our long-term plan targets the national capital; we are aiming to create services where we can deliver items other than food,” Qureshi added.

Now a team of seven people, KartFood hopes to expand their services to Jammu as well.