Bharatiya Janata Party (BJP) is all set to organise a pan-India fest called the MODI fest to mark three years of NDA government. The fest is being touted as a publicity campaign that will highlight all the achievements by the ruling central government in the span of three years. The party asserted that the “MODI” fest stands for “‘Making of Developed India” fest.

It is being reported that in a bid to woo the youth of the country, BJP is organising quizzes, debates and brain teasers in the fest that will be a three-day affair. According to a report in Indian Express, questions like “What are the number of toilets built in 2014?” or “How many villages has received electricity during the term of Modi government?” could be asked in the quiz. The fest is also expected to enlighten the youth about various government schemes.

The party will hold a discussion programme with the youth to create awareness about the initiatives that the government is planning to undertake in the coming future. The event that commences on May 26 will be inaugurated by Prime Minister Narendra Modi in the Guwahati city of Assam. 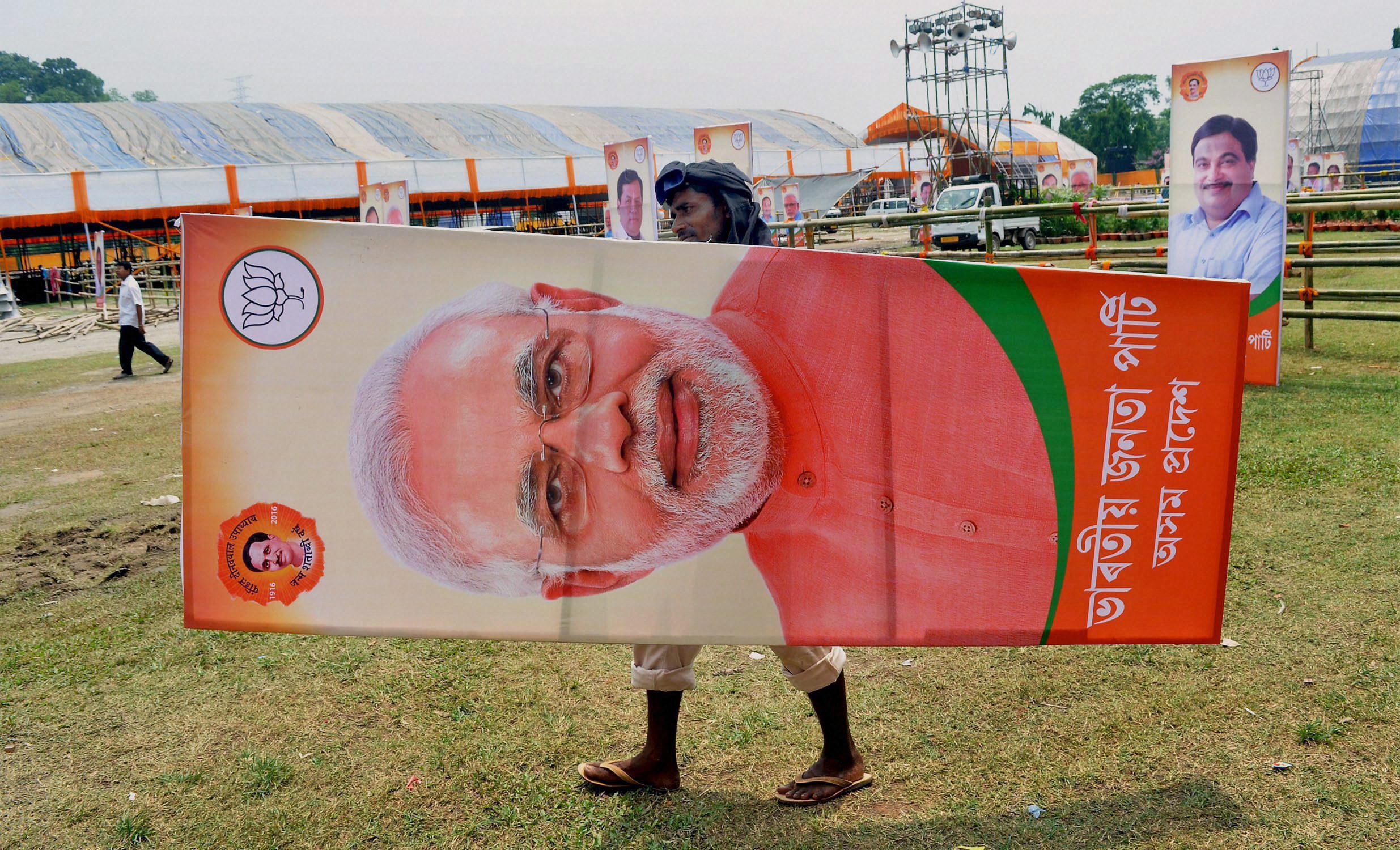 Guwahati: A worker carries a poster of Prime Minister Narendra Modi ahead of the NDA government’s third anniversary celebrations on May 26 in Guwahati on Wednesday. PTI Photo

While speaking in detail about the upcoming MODI fest, Textile Minister Smriti Irani said that the government was making efforts to reach out to masses and get people’s feedback on the government programmes and policies through “Jann ki Baat”.

“The people, especially youth, will be apprised of the technology driven Central government schemes and the facility will be provided to get the different APPs downloaded. The Jan ki Baat programme will also be organised under Sabka Saath Sabka Vikas wherein a convention of the beneficiaries of the different central government schemes will be organised,” Smriti Irani had said in a press conference.

Over 450 BJP leaders, including Modi, members of his council of ministers, party chief Amit Shah, and other office bearers will hold 900 events in places outside their home states between May 26 and June 15.