Indian Army Chief General Bipin Rawat recently warned that the country should be prepared for a two-front war as China had started flexing its muscles. He also warned that there was no scope for reconciliation with Pakistan. Rawat’s comments have come after Prime Minister Narendra Modi and Chinese president Xi Jinping met during the BRICS Summit in Xiamen on September 5. The meeting was held in the aftermath of the 73-day-long standoff at Doklam that had heightened tensions between the two countries.

Nobody wants war, but sometimes it is necessary to adopt strong measures for national interest. Last year, the Indian Army conducted surgical strikes across terror launch pads in Pakistan. The operation was carried out in response to the September 18 Uri terror attacks. In India’s history, the armed forces have conducted daring operations to protect the country’s borders. Here are 7 instances that are sure to instill more patriotism in you.

On September 18 last year, India witnessed one of the deadliest attacks on the armed forces in the Kashmir valley. Uri is located barely a few kilometers from the Line of Control (LoC). The attack was carried out by Pakistan-based terrorist group Jaish-e-Mohammad. Exactly 10 days later, the Indian Army confirmed it had conducted surgical strikes on seven terror launch pads that were located between 500 meters to 3 kms across the LoC. It also said that significant damages were inflicted on the terrorist groups, and the casualties included Pakistani soldiers as well. However, the then Nawaz Sharif government had vehemently denied the claims.

Indian Army raid in Myanmar (2015)
In 2015, the Indian Army’s special forces reportedly flushed out militants belonging to the NSCN (K) and Kanglei Yawol Kanna Lup. The official statement said that the operations were carried out at two locations along the Indo-Myanmar border in Manipur and Nagaland, leading to the deaths of 14-18 militants. Sources told The Indian Express that the forces had crossed the border and were in constant touch with the Myanmarese authorities.
Operation Vijay (1999)
In the spring of 1999, former prime minister Atal Bihari Vajpayee and his Pakistani counterpart Nawaz Sharif signed the Lahore Declaration as a means to promote peace and security between the two countries. However, New Delhi received a rude shock when it was discovered that the Pakistani army regulars along with militants had infiltrated into the Kargil district of Jammu and Kashmir. Taken aback by a planned infiltration, the Indian Army initiated Operation Vijay to flush out the army and militants from our territory. An armed conflict ensued with the Tiger Hill in Drass-Kargil area turning out to be a focal point in the battle between India and Pakistan. Finally, the Pakistan army regulars were pushed back from Kargil. The heroic deeds of soldiers like Vikram Batra, Vijayant Thapar, Manoj Pandey and Yogendra Yadav were chronicled in JP Dutta’s war film LOC-Kargil. 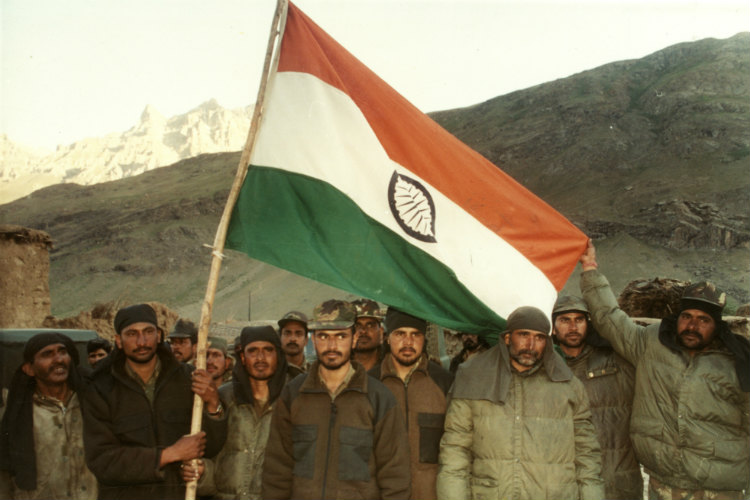 The Victorious Indian Army Jawans of 18 Grenadiers rejoicing after recapturing the Tiger Hill in Drass sector of Jammu and Kashmir during the Kargil war. (Photo: Express)

In 1988, Maldives was hit by a coup carried out by Sri Lankan terrorist group PLOTE (People’s Liberation Organisation of Tamil Eelam) at the behest of businessman Abdulla Luthufi. In his book Operation Cactus: Mission Impossible in Maldives, author Sushant Singh chronicled how the soldiers took off from the parachute regiment base in Agra and landed at Hulhule airport that was situated at a distance of 1 km across the lagoon in Maldivian capital Male. The PLOTE did not take over the airport and the troops were able to land, cross the lagoon and take over the city. 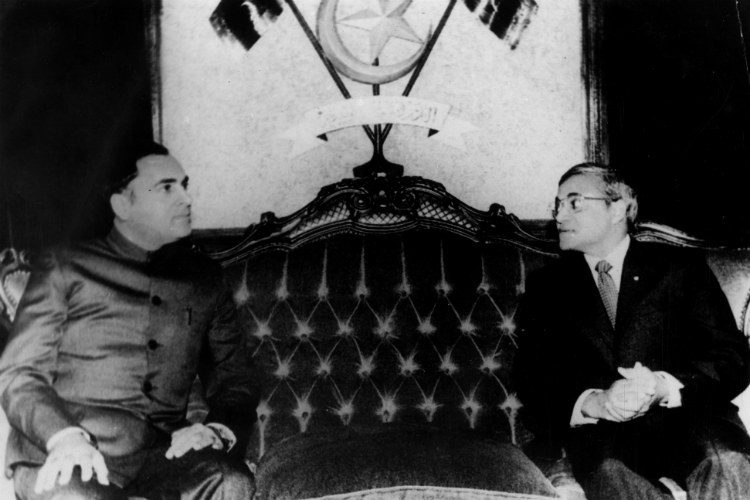 Rajiv Gandhi and the then Maldivian president Abdul Gayoom in Male in 1988. (Photo: Express)

The Siachen Glacier is considered as the world’s highest and coldest battlefield. The Indian Army has been stationed on the 76.4-kilometre long glacier for the past 33 years, guarding the borders amid temperatures of -40 to -50 degrees Celsius. The reason behind the deployment on this glacier in the Karakoram range dates to 1984 when the Indian Army carried out an operation to secure it. In 1974, Pakistan had started sending mountaineering expeditions to the glacier. TOI reported that an army colonel Narinder Kumar had read an article on a mountaineering expedition in a magazine. As a result, he led a team to the glacier. The Pakistani army managed to get a whiff of it and subsequently plotted a capture of Siachen. They ordered Arctic gears for the troops from a London-based manufacturer that also supplied to India. The information got leaked and the Indian forces were able to reach Siachen much before the Pakistanis. In 1987 and 1989, Pakistan again made an attempt to recapture heights under Pervez Musharraf. In 1987, Indian soldier Bana Singh managed to capture Pakistani post ‘Quaid’, for which he was awarded the Param Vir Chakra. 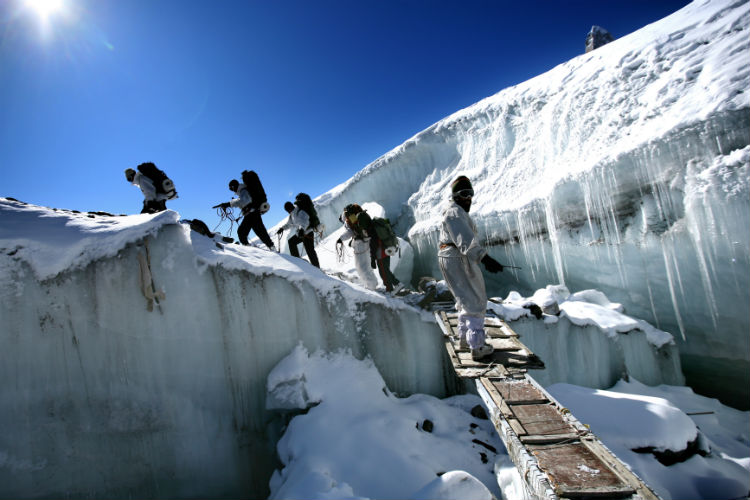 Also read: Here’s how you can recognise the ranks of Indian Army officers just by looking at their badges – Photos

The Indian Army in 1948 carried out a military operation in Hyderabad to force its Nizam to surrender and merge his state with the union of India. At the time of independence, the British had left the princely states to decide whether they wished to join either India or Pakistan or choose independence. The Nizam Mir Osman Ali Khan had chosen the third option. In fact, he had even approached the UN Security Council while mulling over the idea of joining Pakistan. However, India was trying hard to force the Nizam into merging Hyderabad with the Indian union. After days of standoff, the Indian Army entered the princely state and the Nizam had no option but to surrender.

When India became independent in 1947, the princely states were given the choice to join either of the two dominions or remain independent. Hari Singh, the then Maharaja of Kashmir declared his independence. However, this did not go down well with Pakistan who sent tribals to invade the Valley. Finding himself out of options, the ruler signed an Instrument of Accession with India following which the Army was airlifted to Kashmir. India moved to the United Nations that ordered Pakistan to vacate the territory it had illegally captured. But Islamabad continued fighting until a ceasefire was agreed on January 1, 1949. The Indian Army managed to claim 65 per cent of the territory and Pakistan continues to hold the remaining portion.