Congress Vice President Rahul Gandhi on September 12 addressed a gathering at University of California, Berkeley and delivered a speech that garnered a mixed response by people on social media. The members of his party lauded the Congress scion for making a “fine” speech.

After delivering the speech, Rahul also participated in the Q&A session with the students of the university.

While he did answer most of the questions put forth by the students, one of them went unanswered. A student identified as Sobia Kaur Chahal asked Rahul Gandhi, “Why are certain politicians like Kamal Nath, Jagdish Tytler and Sajjan Kumar being shielded by the Congress party?”

Members of the Congress party Kamal Nath, Jagdish Tytler and Sajjan Kumar have been in the limelight for allegedly being involved in the 1984 anti-Sikh riots that took place after the assassination of former Prime Minister Indira Gandhi by two of her Sikh bodyguards. 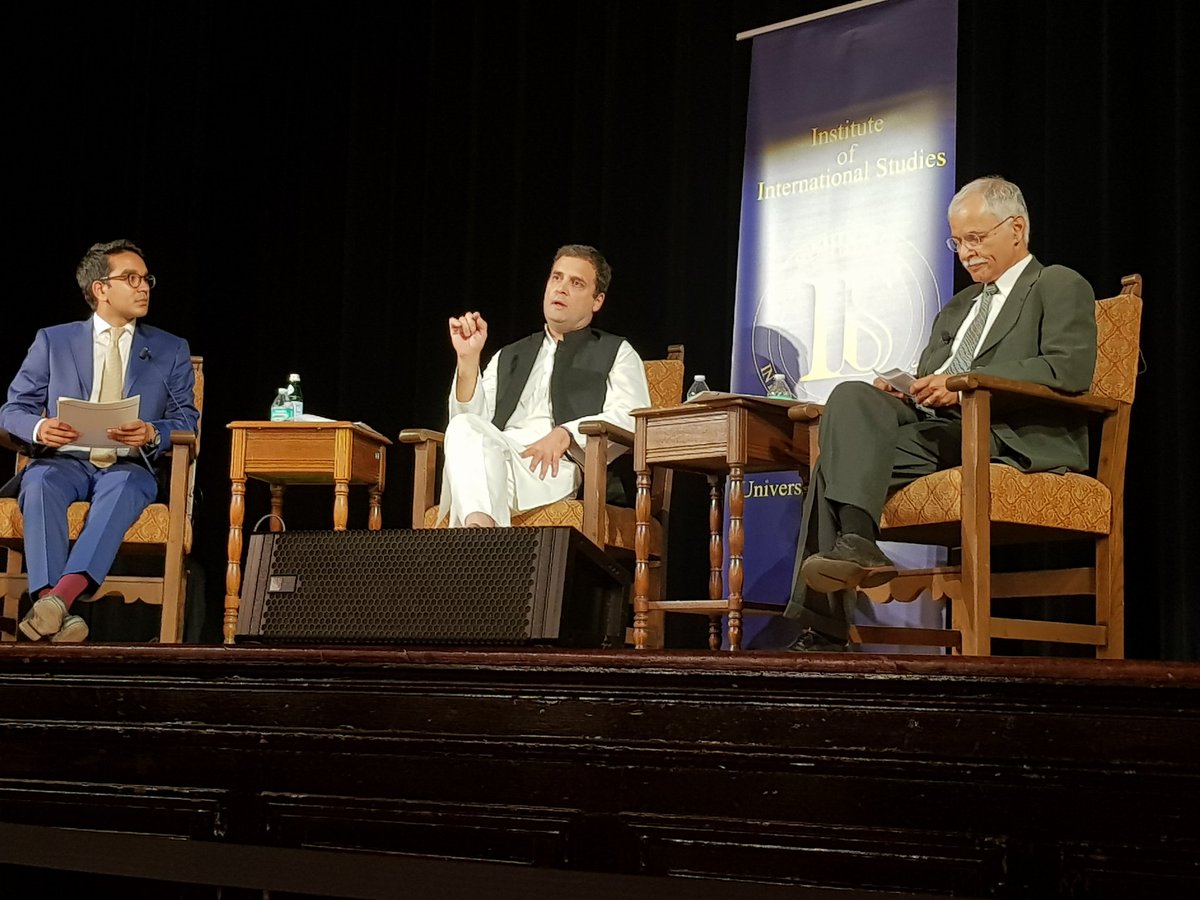 “India is a complex country. Every time you try to understand India is a fool. We have 29 states, covering every religion in the world. We have 17 official languages and hundreds of dialects. We have different terrains too. Most experts didn’t expect India to survive; they predicted it will be torn apart. But India came out standing straight and tall,” Rahul Gandhi said.

He also openly slammed government’s decision asserting that it was carried out unilaterally adding that millions of jobs wiped out because of the note ban. He also stated that politics of polarisation has raised its ugly head in India and it isolates people makes them vulnerable to radical ideas.

Also Read: Rahul Gandhi trolled for his speech at UC Berkeley, Twitter equates him with a ‘calamity’