Amid rising tensions between the neighbouring countries, India has come forward to give a fitting reply to Pakistan’s Prime Minister Shahid Khaqan Abbasi’s speech at the United Nations General Assembly (UNGA). Shortly after Shahid Khaqan Abbasi made a statement saying that Kashmir was “brutally suppressed” by India, India hit back by exercising the Right to Reply in response to Pakistan’s accusations during the General Debate of the 72nd session of the UN. First Secretary in the Permanent Mission of India to the United Nations, Eenam Gambhir delivered an explosive speech and pointed some of the major issues that Pakistan needed to look into before pointing fingers at India.

From labelling Pakistan as “Terroristan” to calling it a “land of pure terror”, here are 5 powerful statements India made in response to Pakistan’s speech:

Pakistan is now ‘Terroristan’, with a flourishing industry producing and exporting global terrorism.

By now, all Pakistans neighbours are painfully familiar with these tactics to create a narrative based on distortions, deception and deceit.

On Pakistan playing the victim card

Even as terrorists thrive in Pak & roam its streets with impunity, we have heard it lecture about protection of human rights in India: India pic.twitter.com/GsrvxAdZdD

It is extraordinary that the state which protected Osama Bin Laden and sheltered Mullah Omar should have the gumption to play the victim…. Its current state can be gauged from the fact that Hafiz Mohammed Saeed, a leader of the UN designated terrorist organization Lashkar-i-Taiba, is now sought to be legitimised as a leader of a political party.

On Pakistan’s demand on appointing a special envoy to Kashmir

Pakistan must understand that the State of Jammu and Kashmir is and will always remain an integral part of India.

“The world does not need lessons on democracy and human rights from a country whose own situation is charitably described as a failed state,” India concluded.

Gambhir further pointed that “despite having diverted billions of dollars in international military and development aid towards creating a dangerous infrastructure of terror on its own territory, Pakistan is now speaking of the high cost of its terror industry.”

You can read the entire response here:

Pakistan is now Terroristan
“Quest for a land of pure has produced the land of pure terror” – @IndiaUNNewYork replies to Pakistan @UN pic.twitter.com/I2n8Nq0d7i

For those wondering how it all began, here’s a quick backdrop of what India was responding to.

At the UN General Assembly, Pakistan blatantly accused India of engaging in terror activities against them and further stated that India would get a “strong and matching response” if it “ventures across the LoC”. 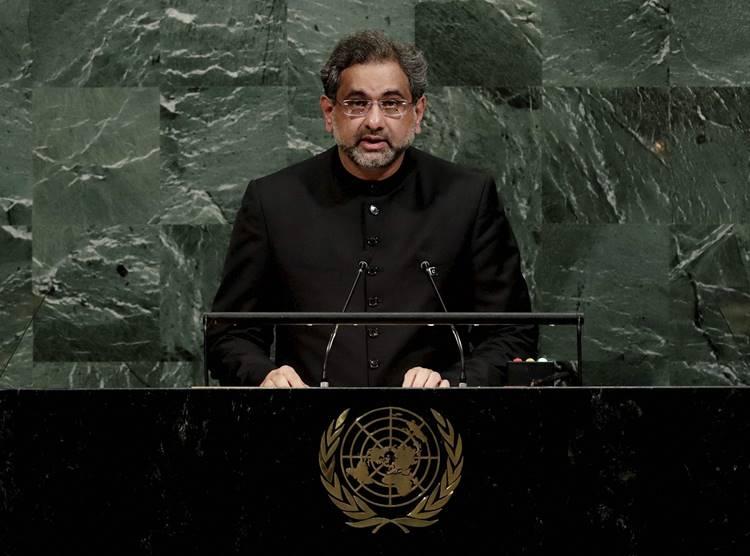 The Prime Minister of Pakistan alleged that the India was trying “suppress” the legitimate struggle of the Kashmiris and demanded that a special envoy should be appointed to Kashmir while stating the impact of pellet guns. Pakistan also affirmed that it was open to indulge in a comprehensive dialogue with India and address the important issues to maintain peace.