A Swiggy customer in Hyderabad refused to accept the food he ordered because the delivery executive was Muslim, reports Hindustan Times.
Ajay Kumar from Hyderabad’s Aliabad had ordered chicken-65 from Grand Bawarchi restaurant at Falaknuma, through Swiggy and made an online payment. While mentioning preferences in the app Ajay wrote, “Very less spicy. And, please select Hindu delivery person. All ratings will be based on this”.
These preferences are usually sent to the restaurant and the delivery agent is assigned by the algorithm of the app, reports The NewsMinute.
The delivery agent Mudassir Omar called Ajay to find out his exact address.
“I reached the location based on GPS. By hearing my name, the customer got angry, rejected the delivery and shouted at me that his preference was not honoured. The customer had a heated argument with the customer care executives and ended the call threatening to delete the App forever,” Mudassir told Mirror Now.

“The fact is Swiggy does not go by the religion of the person. Indeed, you hardly get a Hindu delivery person in Falaknuma area. The system automatically assigned the order to me,” the 32-year-old, who is reportedly a postgraduate in science, added.
Ajay who had paid for the order through online payment was told by the customer care that he would be charged a cancellation fee for the same. Ajay told them that he did not mind losing money, but would not accept the food delivered by a Muslim, reports Hindustan Times.

The incident that took place on Monday came to light on Wednesday when Mudassir filed a police complaint with Shalibanda police station. Swiggy is yet to respond to the incident. 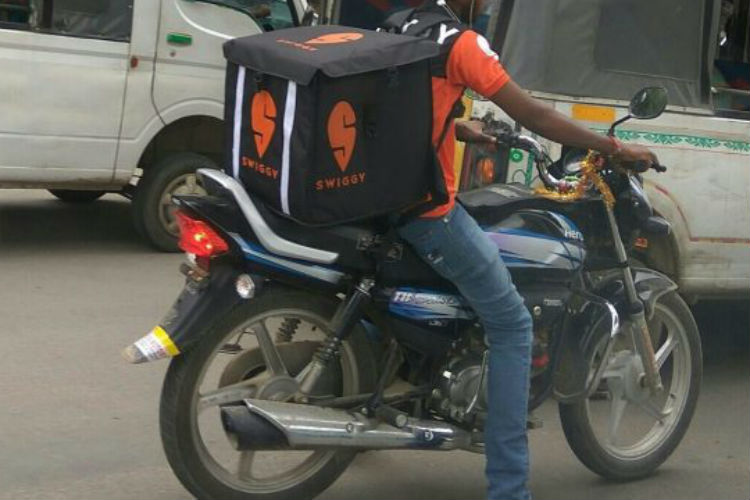 Similar Instance
In July, a Zomato customer cancelled an order for allotting “a non-Hindu rider”. The customer Amit Shukla from Madhya Pradesh’s Jabalpur cancelled the order saying, “We have Shravan and I don’t need a delivery from a Muslim fellow.” However, Zomato CEO Deepinder Goyal responded to this with a tweet that celebrated the very idea of a diverse India.

“We are proud of the idea of India – and the diversity of our esteemed customers and partners. We aren’t sorry to lose any business that comes in the way of our values,” he tweeted.