With Ganeshotsav celebrations in full swing, worshippers have been coming up with innovative ways to honour the Hindu deity Lord Ganesha. Be it your environment-friendly Ganesha idols, or ones made out of Belgian chocolates, one just cannot accuse devotees of lacking creativity. But would you have ever thought of a Ganesha murti comfortably resting inside an ATM machine, dispensing modaks instead of money?

No, this isn’t a Jetsons episode. A man from Pune, Maharashtra, has actually invented an ATM which gives out modaks — considered to be Lord Ganesha’s favourite sweet. The inventor, Sanjiv Kulkarni, has designed the ATM, or ‘Any Time Modak’ to vend packed modaks every time a unique card is swiped. 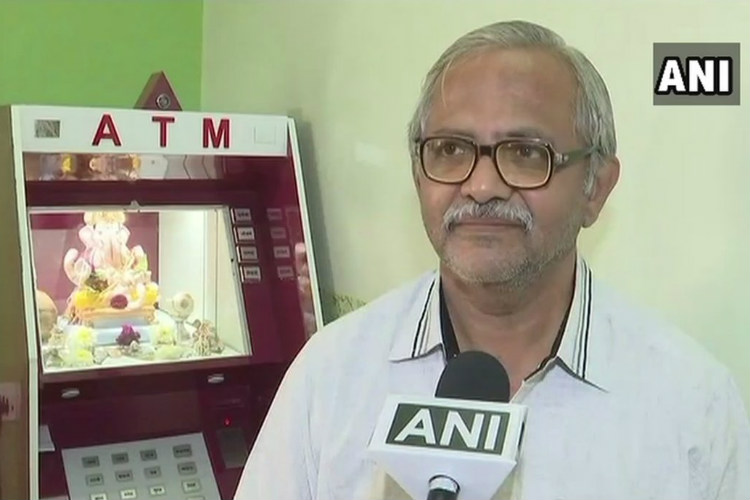 “It is ATM- Any Time Modak. You will get a modak through this ATM by inserting a special card. It was an attempt to move forward with technology and culture together,” says Kulkarni, a former mechanical engineer, who has installed the machine at a corner of his residence in Sahakar Nagar in Pune.

#WATCH: An ATM (Any Time Modak) Ganesha has been installed in Sahakar Nagar, Pune for #GaneshChaturthi celebrations. #Maharashtra pic.twitter.com/GA2TVOgZKw

ALSO READ: This Bakery Made A Chocolate Ganapati To Promote Eco-Friendly Ganesh Chaturthi

According to The Times of India, Kulkarni works on something innovative every year and has continued to do so for the past 25 years. The report stated, he usually starts working on his projects nearly three months prior to the festival of Ganesh Chaturthi and had come up with the idea for ‘Any Time Modak’ back in June.

Needless to say, everyone has been raving about this latest invention.

Whoa! what an idea sir ji.

#amazing Man invents modak-dispensing ATM for ‘Any Time Modak’
In preparation for Ganesh Chaturthi, an alternative kind of ATM was installed in the western city of Pune. This machine gives out the dessert instead of cash. pic.twitter.com/iy9lJryPLE

What say @Nidhijha, biryani dispensing machine can be a reality too.