A leopard was beaten to death by a mob in Mandawar village of Gurgaon’s Sohna area of Gurgaon on Thursday, after it had attacked eight people including a forest department official.

According to the sarpanch of the village, the leopard attacked a farmer at around 8 am. The hapless farmer was rescued by the passersby who pelted stones at the animal, forcing it to run towards the nearby field. The villagers immediately informed the police and forest officials who arrived at the spot around 9 am. 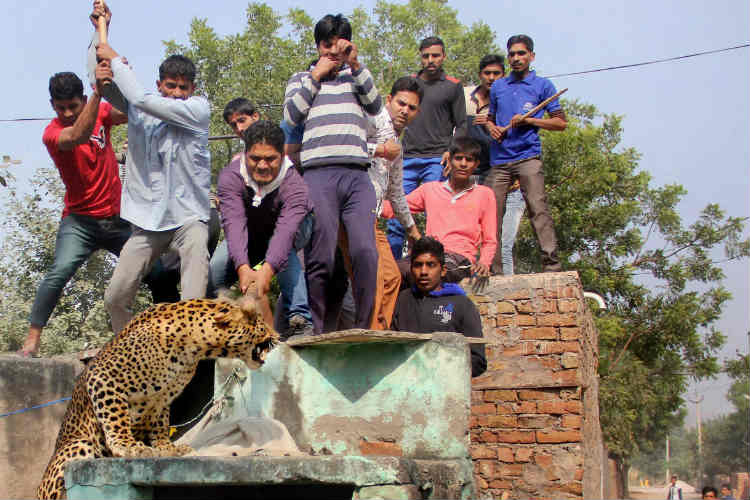 Villagers beat a leopard as it advanced towards them in Sohna area of Gurgaon district on Thursday. (Photo: PTI)

However, it was confronted with a mob armed with sticks which surrounded it from all sides. Sensing danger, it advanced towards them. According to the forest officials, the mob numbered around 1,500 and were carrying sticks. 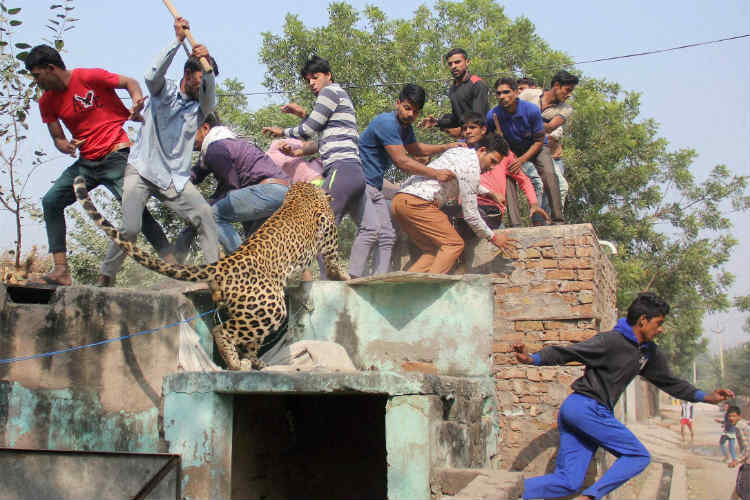 Villagers jump from the roof of house to save themselves from the leopard.

Mukesh Kumar, SHO, Sushant Lok Police Station, said that despite instructions people came out of their homes to witness the leopard, which soon entered deep into the village. 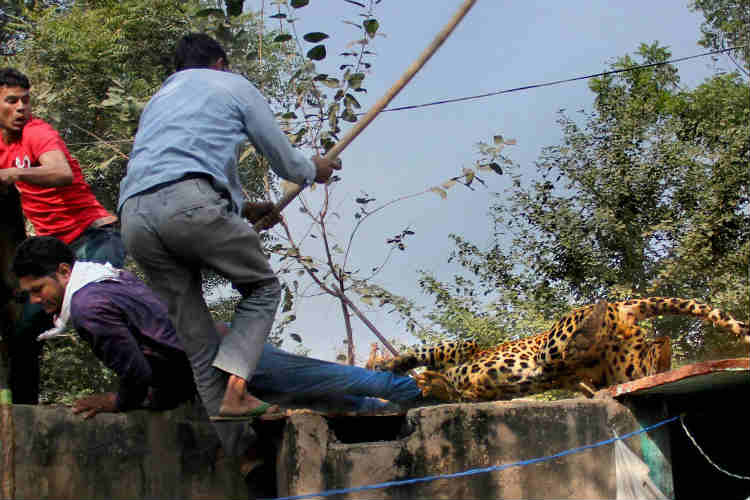 The villagers attacked the leopard with sticks to defend themselves.

After being prevented from the entering the field, the ferocious animal went on a rampage, as it attacked whoever crossed its paths. It entered the verandah of a house, wherein the villagers beat it with sticks, ultimately leading to its death. 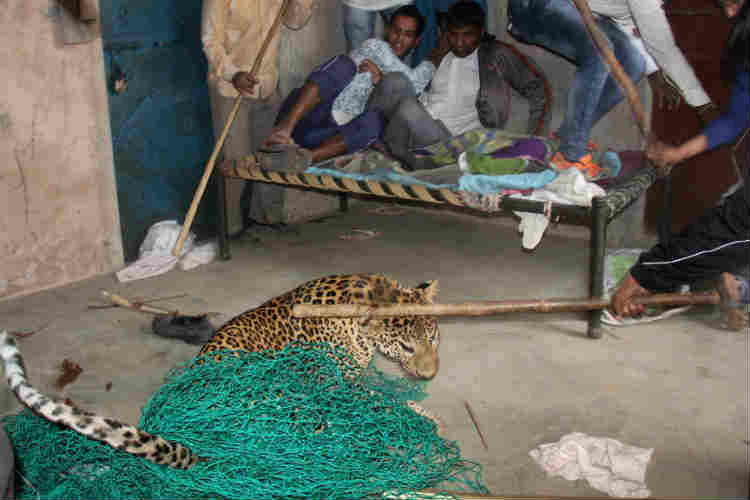 Villagers beating the leopard which entered the verandah of a house.

While the police and forest department officials watched, the villagers beat the leopard to death after three and a half hours since the first attack.The carcass of the leopard has been sent for autopsy. The eight injured people were taken to the Civil Hospital in Sohna and are undergoing treatment. 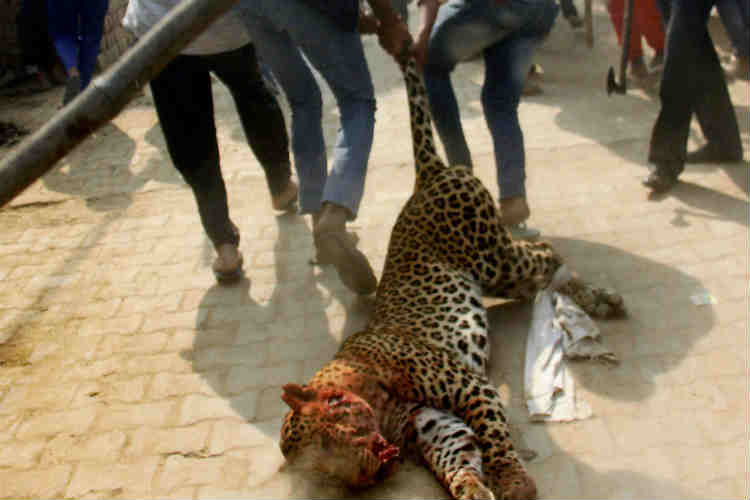 The body of the leopard being carried for post-mortem.