In a shocking incident, a resident of Kolkata Priyanka Moitra was served a fried lizard in her McDonald’s food that she ordered on 28th February. Police have lodged an FIR in this matter.

“I am six months pregnant, what if my children or I ate the food with that fried lizard? I have filed an FIR as a lot of negligence on the part of McDonald’s,” said Moitra.

Moitra had stopped by a McDonald’s outlet in EM Bypass area of Kolkata to celebrate her daughter’s birthday, where she found out a dead lizard in the french fries. After which, she informed the outlet manager about it who expressed apology and took away the order.

“Filing a police complaint was important. People should know about this incident as consuming poisonous food can be fatal,” she added. 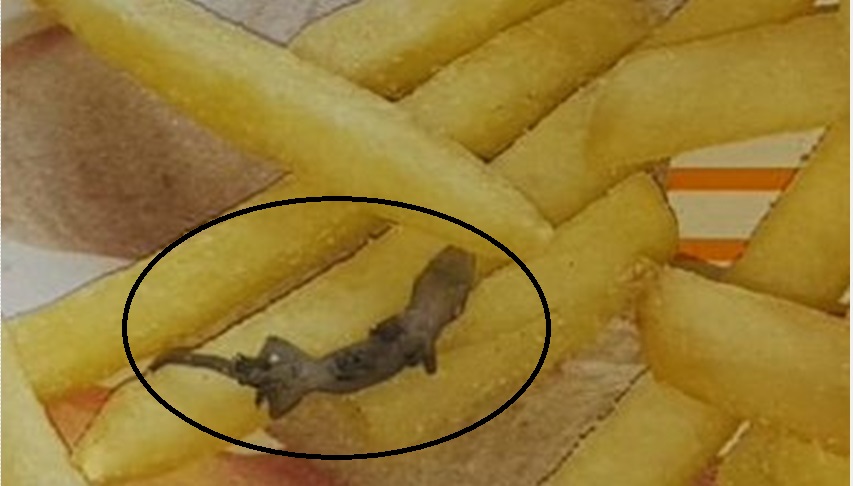 Kolkata resident Priyanka Moitra says that she found a lizard in her McDonald’s food on Tuesday, 28th February. FIR lodged with police pic.twitter.com/C8fyvOHssg

I am 6-months pregnant, what if my children or we ate the food with that fried lizard? Lot of negligence, have filed FIR: Priyanka Moitra pic.twitter.com/50lma1gvwl

Reacting to the incident, official spokesperson of McDonald’s India (North and East division) said, “We have been in contact with the customer and are taking the situation seriously. As soon as we learnt about the complaint, we launched a thorough investigation to gather the facts of the matter. Probe into the matter is going on and we are fully cooperating with the authorities.”

Taking situation seriously;launched thorough investigation immediately upon being aware of complaint: McDonalds on report of lizard in food pic.twitter.com/fxinzBHcm9