Jharkhand Police has arrested 11 people in connection with the rape of two minor girls in state’s Lohardagga district.

The accused, all aged between 18 and 28 years, had raped the girls on August 16 when they were going to the Hirhi Harra Toli area along with their neighbour, PTI reported quoting police officials. The trio were travelling on a motorcycle which developed a snag near a Railway bridge, the report said.

One of the girls called her friend over phone for help but he sent his 11 friends to the spot instead.They took the girls to an isolated place, beat up their neighbour and drove him away. The men then took turns to rape the girls, Mahli said.The accused also snatched away mobile phones of the victims, Deputy Superintendent of Police Ashish Kumar Mahli said at a press conference on Sunday.

A case was registered at Sadar police station on the basis of the statement of the girls. They were nabbed after a police team conducted raids in the Hirhi Harra Toli locality. Victims’ mobile phones have also been receovered from the house of one of the accused. 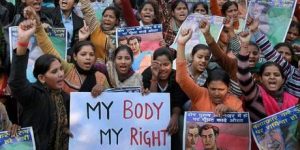 The latest incident comes nearly two months after the gang-rape of five NGO workers who were in Khunti district to raise awareness about human trafficking.

The victims were abducted by bike-borne armed men while they were performing a street play at RC Mission School in Khunti’s Kochang block, about 90 km from Ranchi, on June 19 afternoon. They were forced to sit inside their car, taken to a nearby forest area and gangraped.

The National Commission for Women (NCW) soon took suo motu cognizance of the June incident and set up a three-member fact-finding team. It later found that the gangrape was pre-planned.

“It is apparent that the incident was pre-planned and had been executed in a professional manner,” it said in a statement.