A recent matrimonial advertisement published in a national daily has invited severe backlash owing to the problematic contents of the listing.

Hidden amid a mesh of relatively less vexing advertisements, the listing — which was posted in the classifieds section of The Hindu on September 9, 2018 — describes a 37-year-old Mysore-based bachelor industrialist seeking an “attractive” bride for himself. Apart from the regular demands of a young, unmarried and child-less (read ‘virgin’) who also happens to be a good cook, the ad also stated that the girl needs to have “high aspirations” and should be a “non-smoker” and a “non-feminist”. 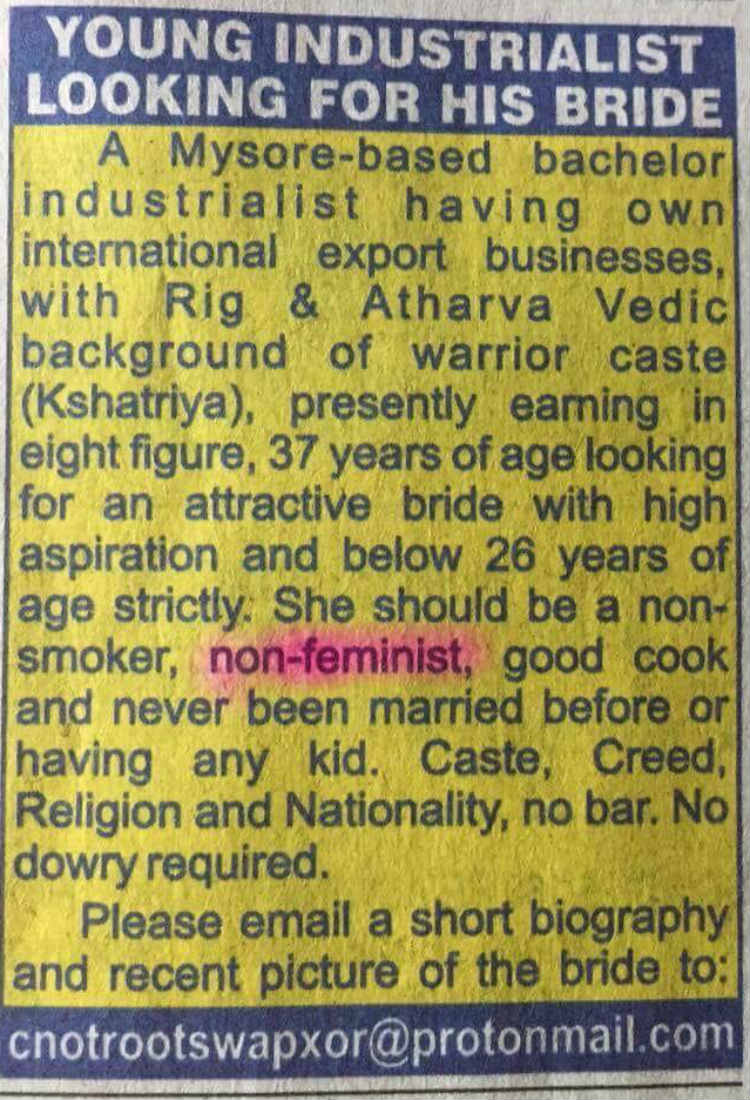 Thankfully, they don’t seem to be very bothered about your caste or religion, ’cause who would be that regressive in 2018?!

The advertisement faced heavy criticism online. Some people outraged. Others laughed it off. But it all seemed like fun and games until someone responded to the posting. A woman (name withheld) allegedly sent a sardonic response to the email address listed, only to have a graphic rape and murder threat land in her inbox. 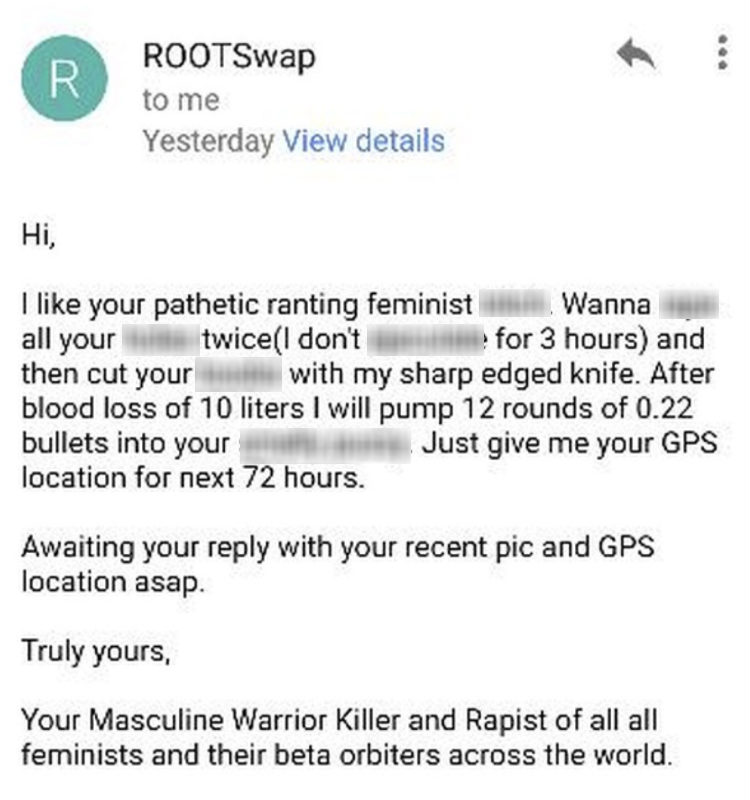 We have reached out to The Hindu for a comment. The story will be updated as and when they respond.

Earlier in June, an advertisement for a Gurugram healer, who claimed to have a cure for homosexuality, had sparked an uproar online. The advert claimed to use ‘distance cosmic therapy’ as a conversion therapy, inviting parents to bring in their queer children before they decide to marry them off.

Isn’t it time that the media stops catering to these regressive notions and instead proactively screens which advertisements they choose to highlight? Or would that be asking for a bit too much?