Rakesh Kumar, the personal assistant of the convicted rapist, has disclosed that he had undergone castration “on receiving orders from the Dera”.

These admissions by Kumar were made before a special investigation team (SIT) of the Haryana police that is looking into the case regarding the violence that took place in Panchkula after Gurmeet Ram Rahim’s conviction, Times of India reported. 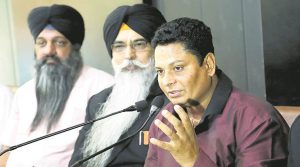 Indian Express/ Hansraj at a press meet in Chandigarh

In 2012, Hansraj Chauhan , a former dera follower, filed a petition against his Guru alleging that he and 400 others were castrated by doctors at the Sirsa ashram on Ram Rahim’s command.

He claimed, “Those dera sadhus were castrated who had access to the hostel of sadhvis (female devotees) or female members of the dera head’s family.”

The ordeal of the castrated “sadhus” did not end there, according to Chauhan, as they were also forced into crime.

“I was offered a licensed pistol to conduct heinous crimes. Thankfully, I was educated enough to refuse. But the others weren’t so lucky. They fell for it and were used for crime. We were handed round black tablets to suppress our sexual desire.” Hindustan Times quoted him as saying. 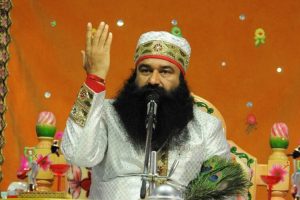 The CBI initiated probe in the matter on a directive, issued by the Punjab and Haryana High Court in 2014.

Issuing the order, the Court said that the castration couldn’t be termed as an act of ‘humanity’ even if the followers had given their consent to it.

“Would you allow cutting the head if someone offers the same,” the court had said while hearing the petition filed in 2012 by Hans Raj Chauhan (34), a former dera follower. According to the complainant, about 400 followers had undergone castration in 2000 after the dera head ‘falsely’ promised that it would lead to “union with God through their spiritual master.” 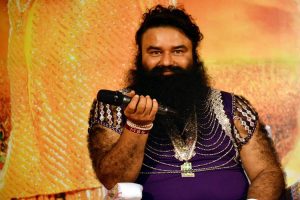 Another former ‘sadhu’ of Dera, Gurdas Singh Toor, deposed himself as a witness in the castration case against Ram Rahim.

“The sadhus who were operated upon were seen with dressing on their private parts for several days,” Hindustan Times quoted Toor as saying.

“I was looking for an opportune time to speak up against ram Rahim. When Hans Raj Chauhan filed his petition, I volunteered to become a witness in the case,” Toor added. 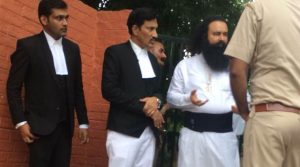 Gurmeet Ram Rahim was jealous of other men and never allowed them to mingle with the female followers.”

“He even compelled the male followers to call their wives as ‘sisters’. Men were not allowed to stare at the female followers called sadhvis. And if caught, they were given punishment.” India quoted Toor as saying.