In yet another landmark ruling this week, Supreme Court has put an end to the centuries-old ban on the entry of women inside Kerala’s Sabarimala temple. Allowing the entry of women of all age groups, the court in a 4:1 majority verdict ruled that “biological or physiological reasons cannot be accepted in freedom for faith.”

Reading his judgement, Justice Chandrachud said the ban on the entry of women to enter the temple because they are of procreating age is “derogatory”.

“To exclude women of the age group 10-50 from the temple is to deny dignity to women. To suggest that women cannot undertake the 41-day vratham is to stereotype them,” he said. 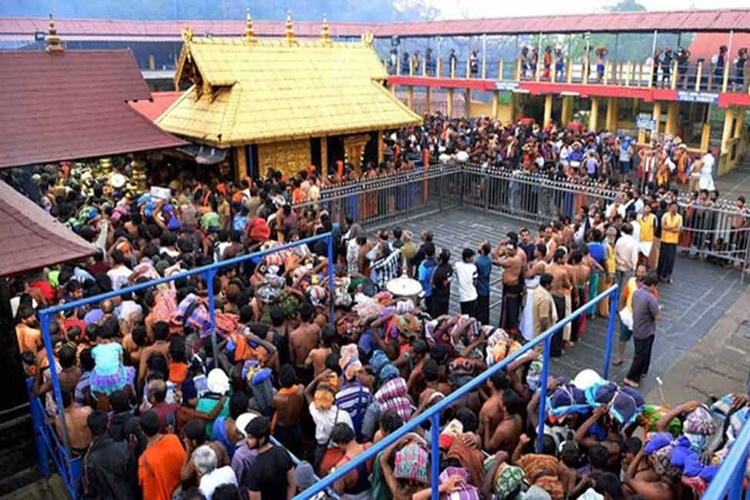 Justice Indu Malhotra was the only dissenting judge among the five-judge constitution bench headed by CJI Dipak Misra.

Following the verdict, the Travancore Devaswom Board, which manages the Sabarimala temple, has decided to file a review petition against the judgement. “We will go for a review petition after getting support from other religious heads,” A Padmakumar, a member of the TDB is quoted as saying by news agency ANI.

A five-judge constitution bench headed by CJI Dipak Misra had reserved its judgement on August 1 after hearing the matter for eight days. The top court’s verdict dealt with the petitions filed by Indian Young Lawyers Association and others.

The Kerala government, which has been changing its stand on the contentious issue of women within the menstrual age group entering the Sabarimala temple, had on July 18 told the Supreme Court that it now favoured their entry.

Earlier this week, the apex court upheld the constitutional validity of Aadhaar identity project although with certain conditions. In another important judge, the top court also scrapped Section 497 of the Indian Penal Code which dealt with the offence of adultery. The court ruled that adultery is not a crime and said the archaic law was unconstitutional as it dented the individuality of women and treated them as “chattel of husbands”.