A four-kg gold tiffin box from Nizam’s Museum in Hyderabad probably remained untouched for decades before it got stolen. But one of the robbers of the sensational heist finally fulfilled the true purpose of the tiffin box, studded with rubies and emeralds- he ate in it every day.

The three-tier tiffin box that is worth several crores was stolen along with a gold cup – also studded with jewels, a saucer, a spoon and a tray. After the heist, the two robbers had escaped to Mumbai to enjoy the spoils of their victory. However, the police played spoilsport and tracked them down before they could get too comfortable. 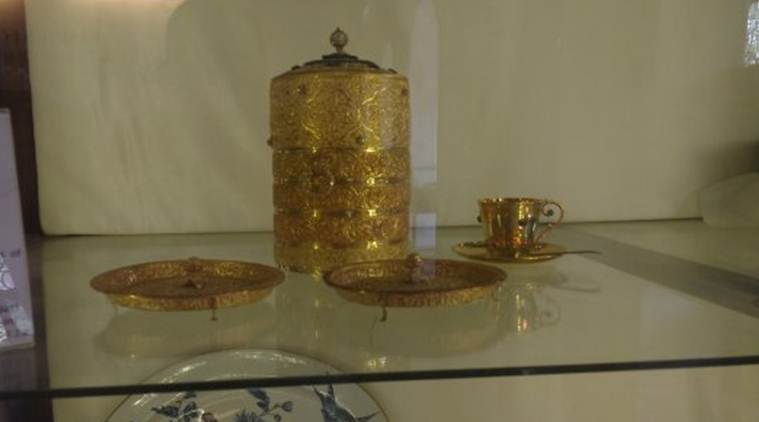 The three-tier tiffin box that is worth several crores was stolen along with a gold cup – also studded with jewels, a saucer, a spoon and a tray. Credit: The Indian Express.

News18 reported that 15 special teams were part of the investigations and were successful in recovering the stolen items. The 7th Nizam’s grandson, Nawab Najaf Ali Khan, had written a letter to Hyderabad police commissioner last week to recover the stolen heritage on priority.

The value of just the gold they had looted would fetch them Rs 1 crore. However, the antique items could be sold for more than Rs 30 to 40 crore in the Dubai market, NDTV reported.

The thieves had fled to Mumbai to lead a lavish lifestyle for a few days. “Human intelligence gave us the breakthrough, though the thieves tried to mislead the police by laying down fake clues. The thieves tried to sell the booty in Mumbai but could not succeed. When they returned to Hyderabad, we nabbed them,” Commissioner of Police Anjani Kumar told The Hindu. 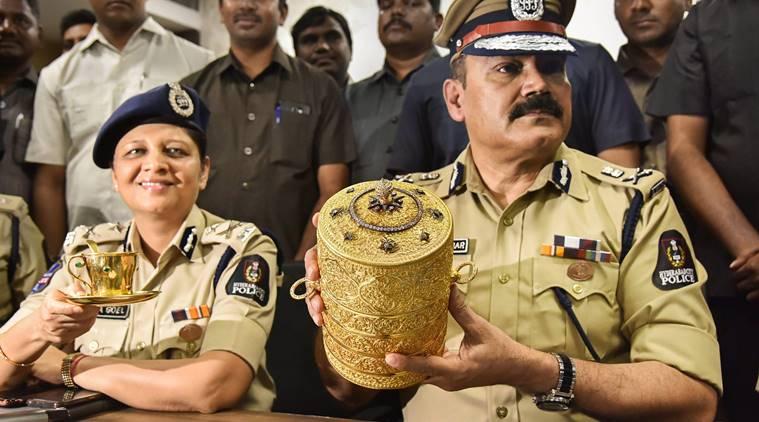 Police recovered all the stolen items on Tuesday. The historic priceless objects went missing from the Nizam Museum at Purani Haveli. Credit: PTI

Khan, however, blamed the management, for failing to protect the items of historical importance. “There is a big question mark on the management running this museum as it due to their negligence and poor security arrangements gave easy access to the thieves,” he said.

The museum houses souvenirs and gifts from other rulers, among other priceless items belonging to Nawab Mir Osman Ali Khan Bahadur Nizam VII. Quite a few of the objects on display belong to the Nizam’s personal collection. Another attraction is the massive wardrobe of the sixth Nizam, a manually operated lift that’s 150 years old and a 200-year-old proclamation drums.