Raising alarm over the unchecked rise in population of monkeys, the Delhi High Court on Tuesday asked Centre to take emergency measures to control their numbers in the capital.

While hearing an 18-year-old case to curb monkey menace in Delhi, a bench of Acting Chief Justice Gita Mittal and Justice C. Hari Shankar asked the environment ministry to check the feasibility of importing immune-contraception vaccine to check their population.

The bench also rapped Centre for the delaying the release of funds for research on an immune-contraception vaccine. It also questioned ministry’s submission that it will take another seven years of research and trials to develop it. 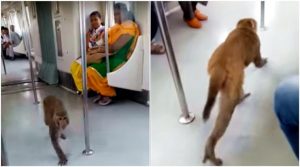 The ministry’s submission came in response to the court’s earlier query on how long it would take to fund its pilot project to manage the population of monkeys, wild pigs, nilgais and elephants — the four focal species in conflict with humans.

“Complaints have been received that Asola sanctuary (in south Delhi) is hopelessly overpopulated (by monkeys) and they have spread to surrounding areas. By the time you develop a vaccine, we will be out of Lutyens’ Delhi,” the bench said.

The bench remarked that the scenario will get worse as monkeys continue to procreate and an unchecked rise in population of monkeys was an emergency situation. 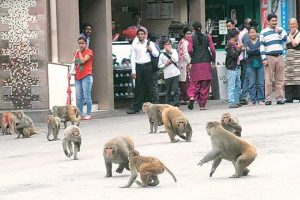 Underling that the problem was not restricted to Delhi alone, the Bench asked Additional Solicitor General Sanjay Jain to personally look into the issue to ensure funds for acquiring vaccine from abroad on an “emergency basis”.