Northeast youth have faced abysmal treatment over the years in almost all parts of the country, as most Indians choose to ignore their relevance and contribution to the Indian culture. While the rest of the country may be ignorant of their diverse culture, a study finds that youth from northeast India know the most about the country.

The report has revealed stark contrasts in knowledge between the youth in the mainland and the youth from the northeast, The Times of India reported. Annual Status of Education Report 2017: Beyond Basics has shown that the youth in Manipur have performed the best. The sample of the survey involved people between 14 and 18 years of age and it was carried out in 28 districts across 24 states of the country. 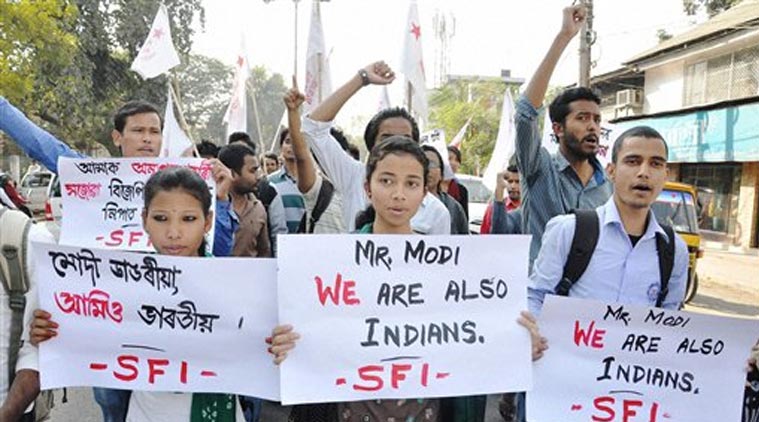 When asked to identify the Indian map, the national average stands at 86.3%, while 91.2% youths from Manipur can recognise the map. Assam ranks at a lowly 78.8%, but at 94% Nagaland emerges as the victor. Meghalaya stands at 82.5%.

Manipur youths even fare better when asked to name their own state with an 86.5% success rate, beating the national average of 78.6%. Assam at 75.5% performs better than many other states. Nagaland fails to reach overcome the national average and Meghalaya stands at a low figure of 73.8%.