Ram Nath Kovind is the next President of India. He successfully decimated opposition candidate Meira Kumar and will now be the second Dalit, after KR Narayanan, to serve as the President of India. He secured 2930 votes with the value of 7,02,044 while Meira Kumar managed to get 1,844 votes with the value of 3,67,314. There was cross voting that took place in Gujarat, Assam, Goa, Maharashtra and Uttar Pradesh in favour of Ram Nath Kovind.

Nearly 100 percent voting was seen in this presidential election when the polling took place on July 17. A total of 771 members of Parliament and 4,109 legislators were eligible to cast votes. He will take oath as the President on on July 25.

The Bharatiya Janata Party (BJP) had proposed the name of the former Bihar governor Ram Nath Kovind as their presidential candidate springing a surprise in the polls. Kovind became a Rajya Sabha MP in April 1994 from Uttar Pradesh and served for 12 years until March 2006. Before having served as the Governor of Bihar, he held several important positions.

Reacting to the result, Meira Kumar said that she was not upset. “I am not upset, why should I be upset? I am a fighter, I fought for the belief and faith of majority of my countrymen and women,” she said.

He is the first person from Uttar Pradesh to have become the President. Hailing from Kanpur Dehat in Uttar Pradesh, Kovind was born on October 1, 1945. He is married to Savita Kovind, and has a son Prashant Kumar and a daughter Swati.

Congratulatory messages by politicians have started pouring in for Kovind.

Congratulations to Shri Ram Nath Kovind Ji on being elected the President of India! Best wishes for a fruitful & inspiring tenure.

Gladdened by the extensive support for Shri Ram Nath Kovind Ji among MPs & across various states. I thank members of the electoral college.

Congratulations to Ram Nath Kovind Ji, who will be our next President

BJP workers were also seen celebrating in different parts of the country. 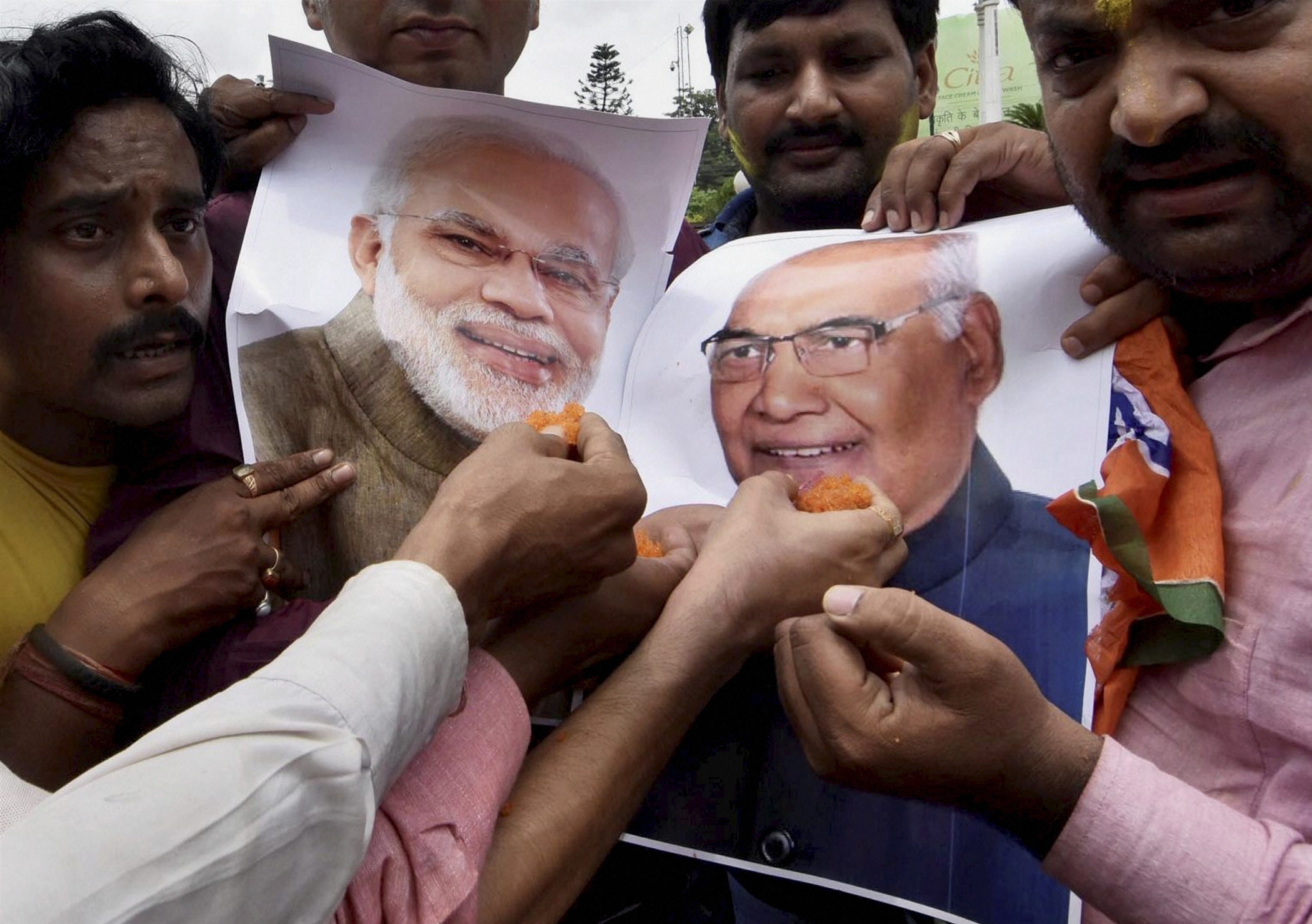 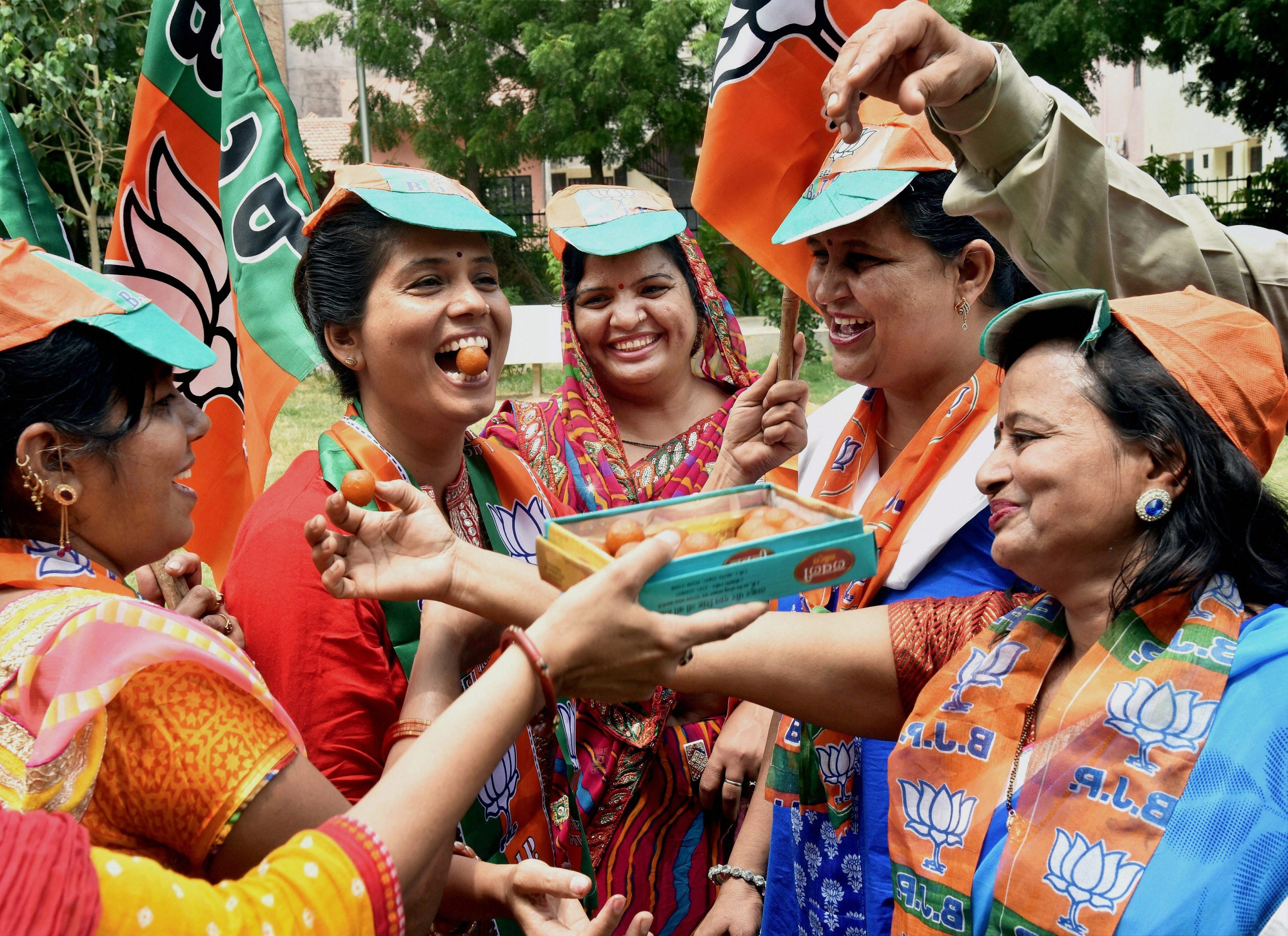 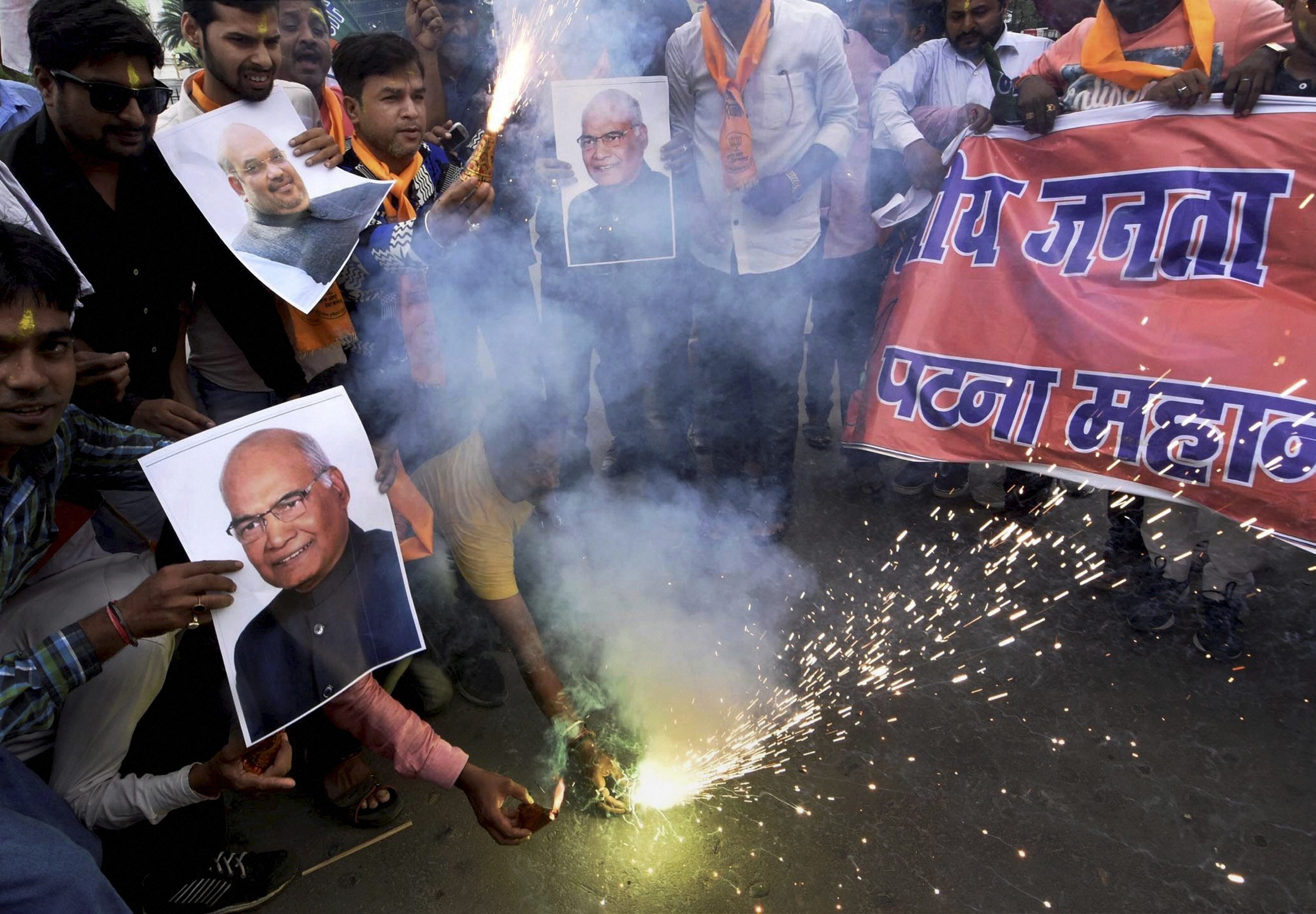