Railway travel is going to turn out a bit more hygienic – one clean blanket at a time.

Indian Railways from now on will be washing blankets for AC coaches twice a month. Earlier, a blanket meant for AC coaches was washed only once in two months, a report by IANS said.

The ministry has procured washable-friendly blankets which is expected to double the price of blankets. The increased washing is expected to reduce the life of a blanket to two years from the existing four years, the report added. 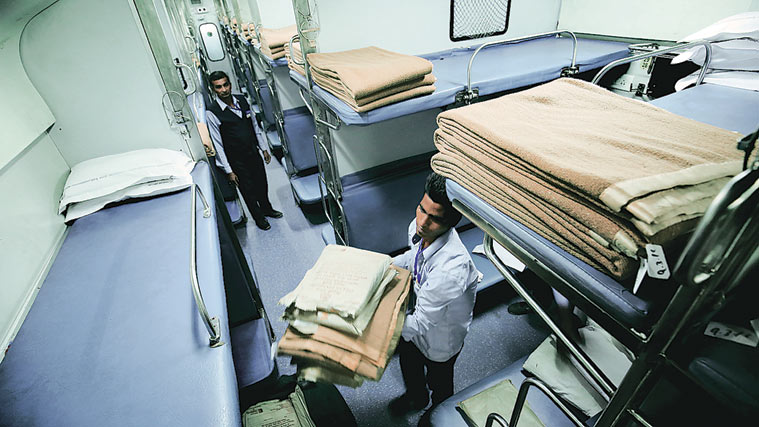 According to the revised specifications, the new blankets will be a mix of woolen and nylon instead of woolen-only fabric.

How blankets are washed?

Every day, 3.90 lakh blankets are used by railways for its AC passengers. The ministry provides about 3.90 lakh sets of linen comprising two bedsheets, a towel, pillow and blanket for each passenger in the AC classes. This linen, once dirty, goes to 50 mechanised laundries working in liaison with the railways.

In March, 2016, The Indian Express, traced the journey of a railway linen set from a laundry service to a coach and its subsequent journey back and forth.

“Three industrial-size machines, each able to wash 35 blankets at a time, run constantly in a monotonous hum. Each wash takes almost an hour, after which the 10-member staff folds the dried blankets and sends them to the linen depot,” the report described the scene at a washing factory near New Delhi railway station. 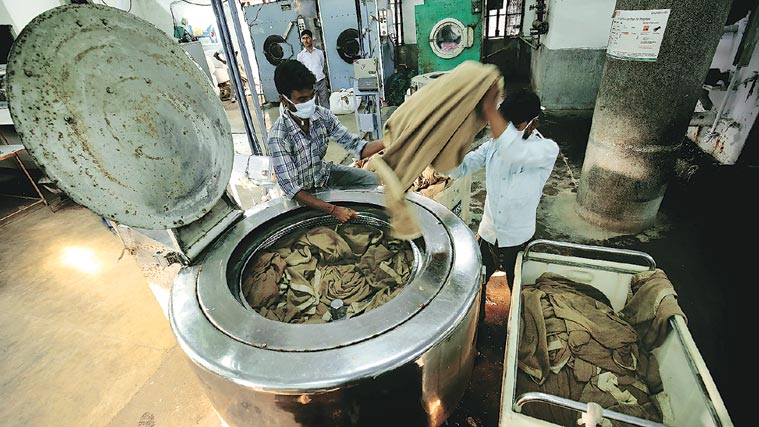 Every morning, truckloads of soiled linen sets line up outside the factory which works round the clock.

For each washing, Railways have to pay Rs 18 per blanket.

So how many kilometers does a blanket travel each day?

“Theoretically, if you add up the distance each linen set travels across the Indian Railways every day, you could probably reach the moon,” says Delhi Divisional Manager Arun Arora, the head of all train operations in the National Capital Region.

What’s more? A used linen set isn’t offloaded for washing or naphthalene treatment until the train reaches back to its originating station. Which means a newly-washed blanket loaded onto a Kerala-bound train at New Delhi railway station will travel thousands of kilometers back and forth until the train returns to the capital days later.

What about the stock of blankets?

It’s always ideal for a massive public service provider to procure more than what’s required. Same is the case with railways. 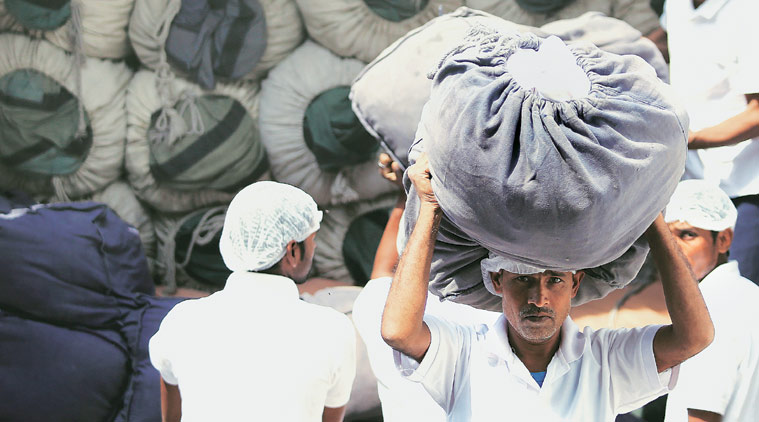 Railway officials quoted in the Express report stated that the department procures six times more linen sets and blankets than what is required. This is to ensure that fresh sets are rolled out for passengers continuously and manage a buffer.

If there’s one common dirt that all the washing facilities list on the top, it’s the dirt traces left by passengers who wipe their shoes with bed sheets and towels. Besides that, travelers also use towels to wipe food off their seats. Stool stains and hard stains of hair-dye are not uncommon.