The official Twitter account of Congress vice president Rahul Gandhi has been hacked. The hacker posted several abusive tweets. The hack was spotted immediately and Rahul Gandhi’s team quickly removed the abusive tweets. But it seems the hacker was able to post abusive material for the second and the third time. That means the team failed to reset the password quickly. The hacker changed the name of the handle not once but twice even after being detected. A complete failure to protect the account, one would say.

Congress spokesperson Priyanka Chaturvedi alleged that BJP is behind the hacking. She tweeted,: “BJP hacks keep setting a new low every single day.Yet another way 2 display their immense frustration&inability to debate on issues.Shameful”. 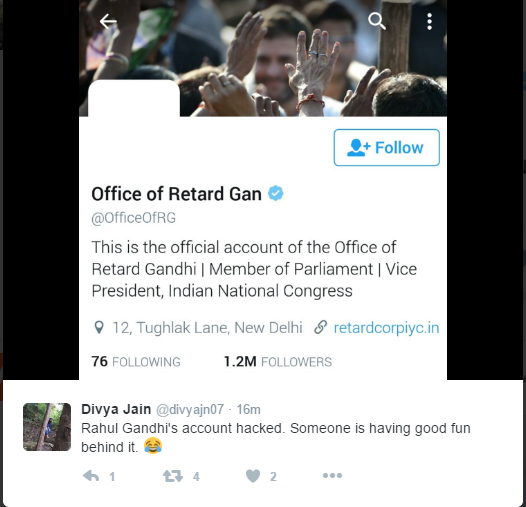 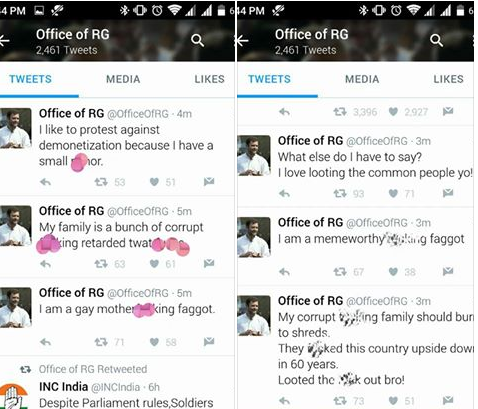 The Congress scion has lately been involved in opposing the government’s decision to demonetise Rs 500 and Rs 1000 notes.