In the coming days, the state of West Bengal will be having its own official logo which has been exclusively designed and conceptualised by Chief Minister of the state, Mamata Banerjee. The 62-years-old dynamic leader is already known for his interest in poetry and painting. On May 30, she unveiled the symbol designed by her which will be sent to the Centre for the final approval.

The logo designed by Mamata depicts the ‘Biswa Bangla’ theme which also has Ashok Pillar on it.

While unveiling the logo, she said,”States like Bihar and Uttar Pradesh have their own logos but we don’t have any. Thus, we have decided to have our own logo. The depiction of the national emblem will be there in our state symbol which is missing from the logos of many states.” 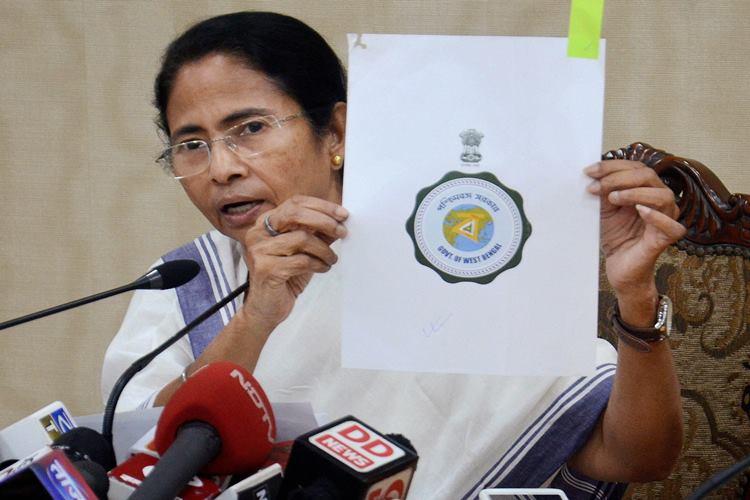 It’s not the first time that Mamata has come with her creativity for official causes. Earlier, she had also designed logos for many state projects. The logo of one of the state’s schemes called Sabuj Sathi (Green Friend) was also designed by her. The scheme was meant to distribute bicycle to the girl students.

Also, the logo of West Bengal’s ‘Gatidhara Scheme’ was also conceptualised by her. This scheme was implemented to help the unemployed person, aged between the age group 20 to 45, with Rs 1 lakh to buy ‘small vehicles’.

Chief Secretary Basudeb Bandyopadhyay said that the design has been approved by a committee which was headed by veteran artist Jogen Chowdhury and now Centre’s approval is awaited.