Karsevaks, who took part in Babri demolition, may consider it a prideful event in independent India’s history, but for a few of them, it only brings back memories of guilt and shame.

Three former karsevaks, who were once fierce supporters of building Ram Mandir in Ayodhya, are so guilt-ridden that they have embraced Islam in a bid to seek forgiveness, DNA reported.

Balbir Singh, a former Shiv Sena leader from Panipat, had climbed atop the Babri Masjid on December 6, 1992. He is said to be one of the first karsevaks to climb on the dome of Babri mosque. He was even greeted with a hero’s welcome in his hometown. Two bricks, which were used in the demolition, are still preserved in the Shiv Sena’s office there.

Singh’s transformation happened when he was in Deoband to kill a Muslim cleric. However, after listening to the sermons of the Maulvi, he changed his mind.

He confronted the cleric not as an enemy but as someone “who had sinned against the house of God.” It was then he embraced Islam. 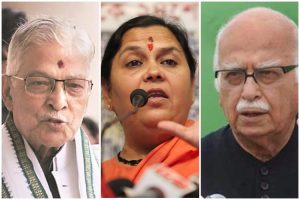 Mohammed Aamir is married to a Muslim woman and settled in Hyderabad. He runs a school to spread the teaching of Islam.

The duo has now vowed to construct and renovate 100 mosques in their lifetime as a repentance for what they did. So far, Singh, now Aamir, says, they have managed 40 mosques.

Another karsevak, Shiv Prasad has changed his religion. A former youth leader of the Bajrang Dal, Prasad had given training to about 4,000 karsevaks, who played a key role in bringing down the holy structure.

Within a year, Prasad sunk into deep depression and suffered hallucinations. He held himself responsible for committing an “unforgivable sin”. He visited psychiatrists, tantriks and saints but to no avail. In 1997, he went to Sharjah to seek employment, two years on, he embraced Islam there and became Mohammed Mustafa.