Even as the National Capital region is dealing with staggeringly high pollution levels, Union Environment Minister Harsh Vardhan continues to underplay the crisis. The High Court termed it an ’emergency’ and health ministry directed all the central government-run hospitals to take measures to deal with the increasing number of patients, but the minister, who also holds the portfolio of Science, Technology and Earth Sciences, seems less worried.

1) Bhopal Gas tragedy was an emergency

Speaking with CNN-News 18, the minister asserted that it is no ’emergency’. Emergency, according to him, was the Bhopal Gas Tragedy of 1984. “You see, what happened in Bhopal when there was a gas leak and hundreds of thousands of people fell acutely sick and had to be rushed to the hospital. We call that an emergency situation where you have to panic and you have to see what you have to do,” he told news channel News18. 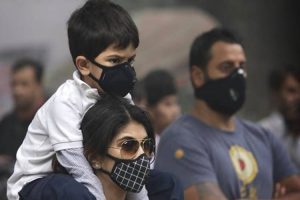 2) No death certificate has cause of death as ‘Pollution’

Questioning the recent global reports on pollution-related deaths that have put India on the top spot, Vardhan said ‘no death certificate has the cause of death as pollution.’ According to a report by The Lancet Commission on pollution and health, India tops pollution-related deaths in the entire world, leaving China behind. India has reported 2.5 million deaths due to air pollution in the country in 2015, the most in the world, followed by China.

Barely three days ago, the minister had said that there is no need to panic as the government has taken several steps to mitigate air pollution. Earlier, the doctor turned politician had said that while smog is harmful it “does not kill”.

4) Air pollution is harmful, but isn’t a killer

The minister has also said that attributing any death to a cause like pollution may be too much. “Certainly if you have a diseased lung and if the pollution is continuously damaging your alveoli (air sacks) then one day when you die, you can attribute the cause of death, to some proportion, to maybe pollution. But I don’t think we can generalise and say that millions of people are dying only due to pollution,” Harsh Vardhan told NDTV in an interview. 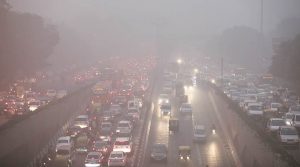 The Minister also dismissed allegations by AAP government that Centre was not doing enough to combat the smog in the national capital. In an interview with NDTV, Vardhan said that surgical strikes cannot be launched against pollution and that the solution to the problem has to be devised by the states.

Largely seen as a moderate face in Bharatiya Janata Party, the 63-year-old has spoken in favour of important issues like protection of gay rights in India, ban on firecrackers. However, his recent statements are rather seen as an attempt to defend the central government.

As health minister, Vardhan had taken tough steps against the humongous tobacco industry in the country by increasing taxes in the hope it would reduce consumption. However, he was shifted from the Health ministry within five months of his appointment.