Singer Abhijeet Bhattacharya’s Twitter account has been suspended on account of flouting the community rules of the micro-blogging site. The singer, who is known supporter of the government often uses his handle to abuse anyone and everyone who has a contrary point of view. The singer is known for his vile comments against his detractors. However, on 22 May, 2017, Abhijeet went overboard with his abusive and sexist tweets. In a response to a tweet by student activist Shehla Rashid, Abhijeet made derogatory remarks which sparked off an outrage against him. His remarks were widely shared as screenshots on social media platforms to bring home how some prominent personalities are using the microblogging site to spread their sexist hatred. Abhijeet has been a repeat offender. Last year, he had similarly abused journalist Swati Chaturvedi in the vilest of language possible.

The tweet that got him into trouble this time around was this: 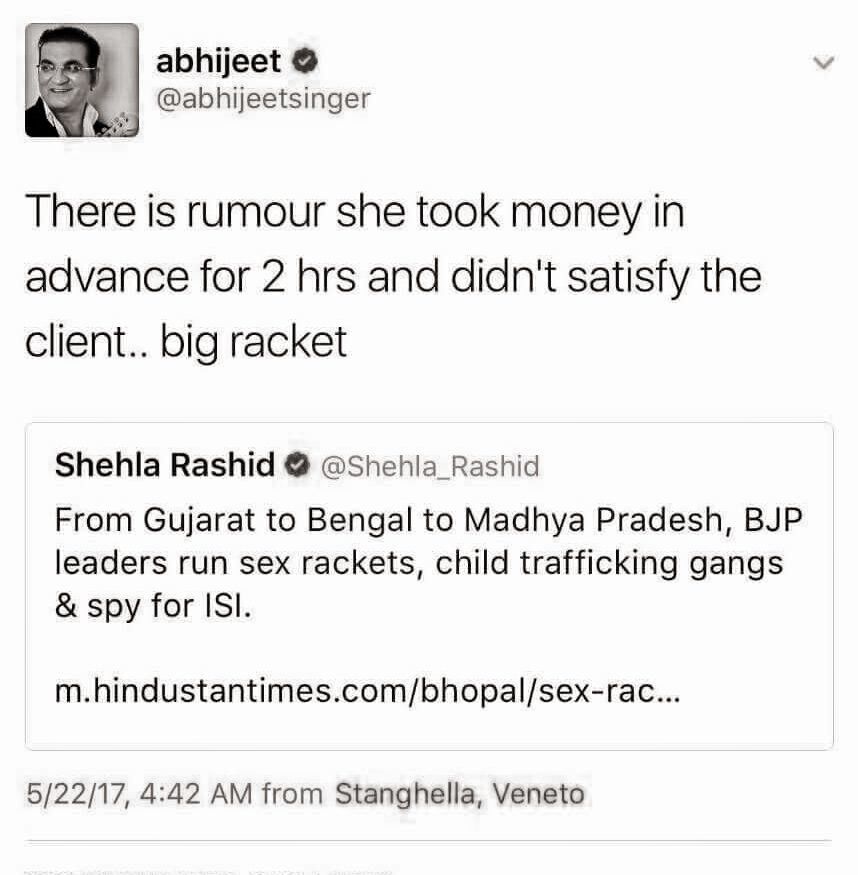 This led to outrage and eventually the suspension of his account. 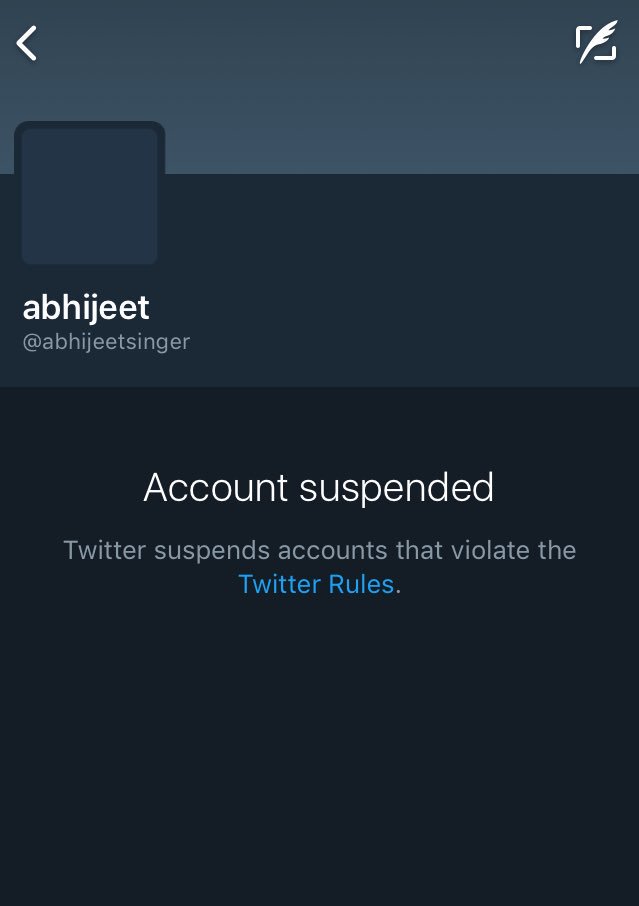 A great step towards #SwacchTwitter abhiyaan.

In another shameful tweet, adding to what actor and MP Paresh Rawal had said about author Arundhati Roy about her being used as a human shield against stone-pelting in Kashmir, Abhijeet said, she should be ‘shot’. Abhijeet is not only a known sexist but also a homophobe. During the Ae Dil Hai Muskhkil controversy regarding the casting of Pakistani actors in Indian films, he had tweeted: “Another #lovejihad .. Mehbooba #KaranJohar is in depression ..pak lover fawad ditched bechari Mrs @karanjohar khan”.