On Thursday, the AIADMK confirmed that Jayalalithaa’s close aide Sasikala Natarajan will take over as the next General Secretary of the party, the post that was held by the former Tamil Nadu chief minister before her death.

Sasikala was one of those who was beside Jayalalithaa during all 74 days that she was admitted to the Apollo hospital in Chennai. While Sasikala has never held any party position, her closeness with Jayalalithaa had given her prime importance in the AIADMK. During her last journey too, she was the seen next to Jayalalithaa’s mortal remains. She also carried out the last rites of the beloved leader of the state.

The decision to anoint her as the party general secretary is not a sudden one. The pictures released by the party on its Twitter account reveal a striking similarity between her and Jayalalithaa. In the pictures, she is being seen greeting party members with folded hands, while they stand at a distance on a lower platform.

During Jayalalithaa’s regime, there were several instances when people were seen with bowed heads and folded hands. They even did not shy away from touching her feet to show their reverence. 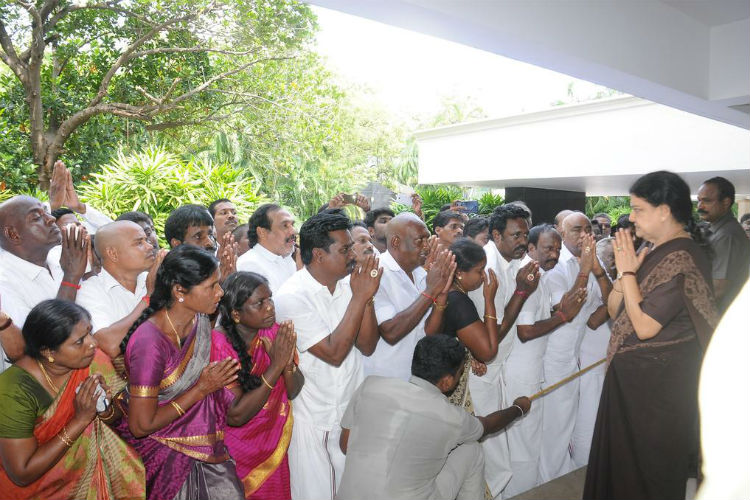 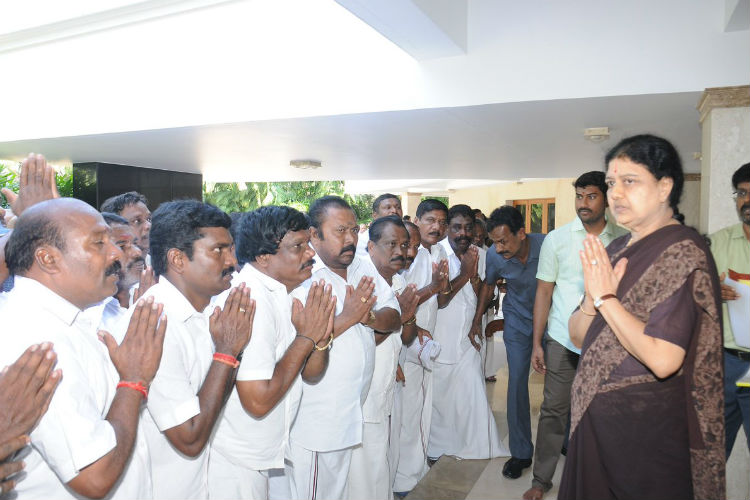 Speculations had been rife that Sasikala might take over Jayalalithaa’s position in the party. There are even reports that she might inherit Jayalalithaa’s Poes garden bungalow.