Adding to the conversation about Congress Vice President Rahul Gandhi’s faith, party leader Raj Babbar has taken a jibe at the Bharatiya Janata Party (BJP). In a statement on Friday, December 1, Babbar brought BJP chief Amit Shah’s faith in question, calling him a Jain and not a Hindu.

While speaking to ANI, Babbar said,

Amit Shah calls himself a Hindu, but he is a Jain. As far as Rahul Gandhi is concerned, Shiv Bhakti is being practiced in his home since a long time. Indira Gandhi used to wear rudraksha, which was only worn by those who worship Shiva.

Disputes over the faith of the Gandhi family rose after the Congress VP’s visit to the Somnath Temple in poll-bound Gujarat, where his name was listed in the register for non-Hindus. When BJP gained cognizance of the matter, they alleged a Congress conspiracy.

ALSO READ: Really? Rahul Gandhi listed as ‘Non-Hindu’ at Somnath temple, BJP leader attacks him for being ‘a Christian’ 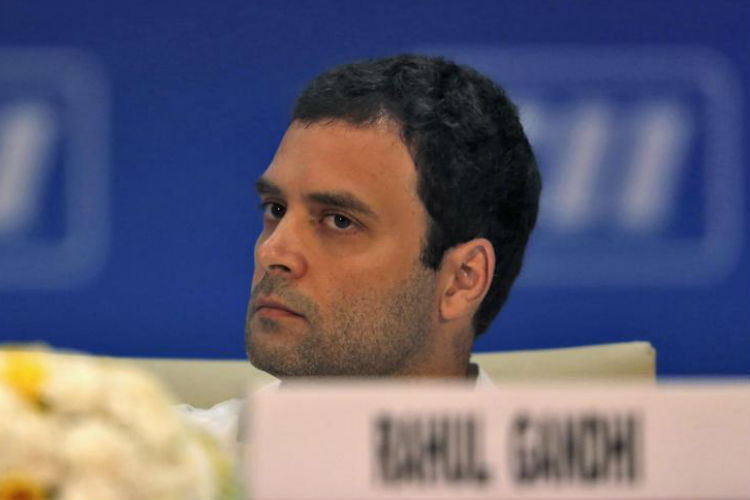 BJP leader and Rajya Sabha MP Subramanian Swamy attacked the Congress scion saying that he “is a Christian and that he goes to church every Sunday.”

Defending his faith, Rahul Gandhi on Thursday stated that the family is devoted to the Hindu Lord Shiva. He said,

My grandmother (Indira Gandhi) used to worship Lord Shiva and my entire family does the same. But, we keep such things private; we normally don’t talk about it. We believe that our religion is a personal thing and don’t want to trade on Lord Shiva’s name. We don’t want to make political use of it.

Gandhi’s claims were also corroborated by Congress leader Deependra Hooda, who accused the BJP of circulating a “fake page” from the temple’s registry for political gains.

Ever since the row erupted, both parties have engaged in a tussle. On Thursday, November 30, senior Congress leader Kapil Sibal even charged at Prime Minister Narendra Modi, stating that he is not a Hindu. “I want to ask how many times does the Prime Minister go to temples daily? The one who respects the sentiments of Hinduism also respects temples. You have quit Hindu religion. You have embraced Hindutva which has nothing to do with Hinduism. You are not a real Hindu,” he said.