Prime Minister Narendra Modi on Wednesday raked up a controversy that had erupted over 30 years ago in 1984, that Congress had tried to kill Samajwadi Party veteran Mulayam Singh Yadav. Do you remember the deadly attack that Mulayam had faced? Here is a short recap of the attack on Mulayam on the fateful night of March 4, 1984.

While Mulayam was on his way back to Etawah from Mahikheda village in Mainpuri. He had been in Etawah since March 2 to take part in a series of public meetings. Following a similar schedule of meetings, he addressed a meeting at Jhingpur village on the border of Etawah and Mainpuri and thereafter went to meet a friend in Mahikheda village in mouza Soz. At 9.30 pm, while he was travelling back, gunshots were heard in front of his car.

Mulayam’s driver saw people who were riding ahead of his car falling from motorcycles. Soon after, Mulayam’s car also came under attack. The exchange of fire between Mulayam’s security personnel and the attackers continued for over half an hour. Thereafter, he was safely escorted in a jeep to Kurra police station which was nearly 5 kms away. Travelling with Mulayam was a primary school teacher Chhotelal who died after being hit by bullets. 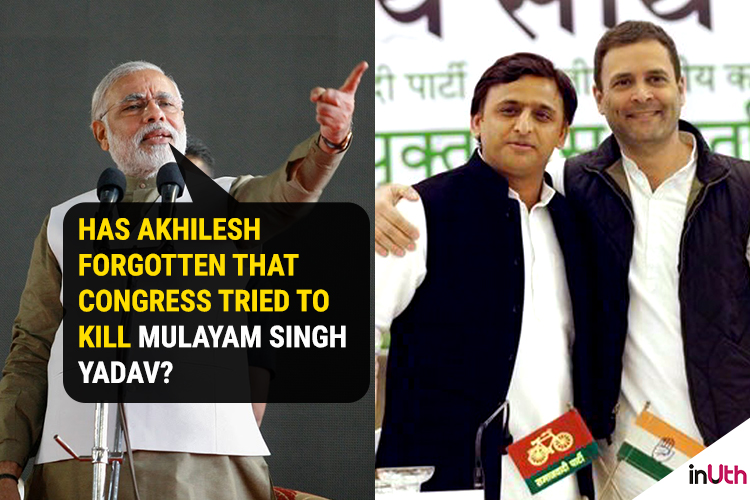 There were 9 bullet marks on Mulayam’s car and that too on the side which the SP leader frequently occupies.

Mulayam had then claimed that the attack was a part of a well-planned conspiracy to murder him. “I had been told some time ago that there would be an attack on me. But I did not believe the warning,” he had then said.

Accusing supporters of the then rural development minister Balram Singh Yadav of executing the attack, the then president of Etawah district Lok Dal Maharaj Singh Yadav had claimed that the leaders of the ruling Congress wanted to carry out their politics with the help of criminals.

Recalling the incident, Mulayam’s close aide Beni Prasad Verma said there were only allegations that Congress, or rather, its Mainpuri MP Balram Singh Yadav was behind the attack but nothing was proved. He also added that no action was taken into the incident. “We had staged a daylong sit-in at the GPO in Lucknow,” he remembers. Verma left Congress in 2016 to rejoin the Samajwadi Party after several years.