A Delhi court on Thursday, December 7, framed corruption and criminal conspiracy charges against 11 former parliamentarians in the infamous 2005 cash-for-query scam.

The trial against the 11 former lawmakers and an individual will commence from January 12, PTI reported.

The court also framed charges against Raja Rampal’s personal assistant. Vijay Phogat, believed to have been a middleman, died, and the proceedings against him have been closed.

Let’s take a look at how cash for query scam unfolded:

A sting operation conducted by digital news portal Cobrapost showing 11 MPs taking money to raise questions in the Parliament, was aired on a private TV channel on December 12, 2005.

Out of the 11 MPs accused in the case, six were from the BJP, three from BSP, and one each from the RJD and Congress. 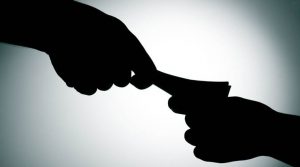 Soon after the expose snowballed into a major controversy, the Lok Sabha expelled all the 10 accused members, while Chhatarpal Singh Lodha, who was the sole Rajya Sabha member, was also sacked.

On December 24, 2005, the Parliament voted to expel the 11 MPs in a historic vote. Pranab Mukherjee, the then leader of the lower house, introduced a resolution demanding the expulsion of the members while then Prime Minister Manmohan Singh did the same in Rajya Sabha.

In January 2007, a Supreme Court verdict upheld the Parliament’s decision to expel the MPs. The Delhi High Court in 2007 directed the Delhi Police to book people involved in the offence.

Aniruddha Bahal and Suhasini Raj, the journalists who made the expose were also named in the charge sheet for abetting the offence under the Prevention of Corruption Act. However, the case against them was later quashed as the court ruled out that no one could be prosecuted for sting operations.