The ruling Shiv Sena, led by Uddhav Thackeray, emerged as the number one party in the Brihanmumbai Municipal Corporation polls. The results of 227 BMC seats was declared just a while ago. Shiv Sena topped the chart after winning 84 seats in the civic body. Shiv Sena falls short of 30 seats for a clear majority.

BJP leads big in Nagpur, Pune, Nashik, almost doubles its tally in Mumbai [based on early trends].. This will have big impact on Eastern UP! 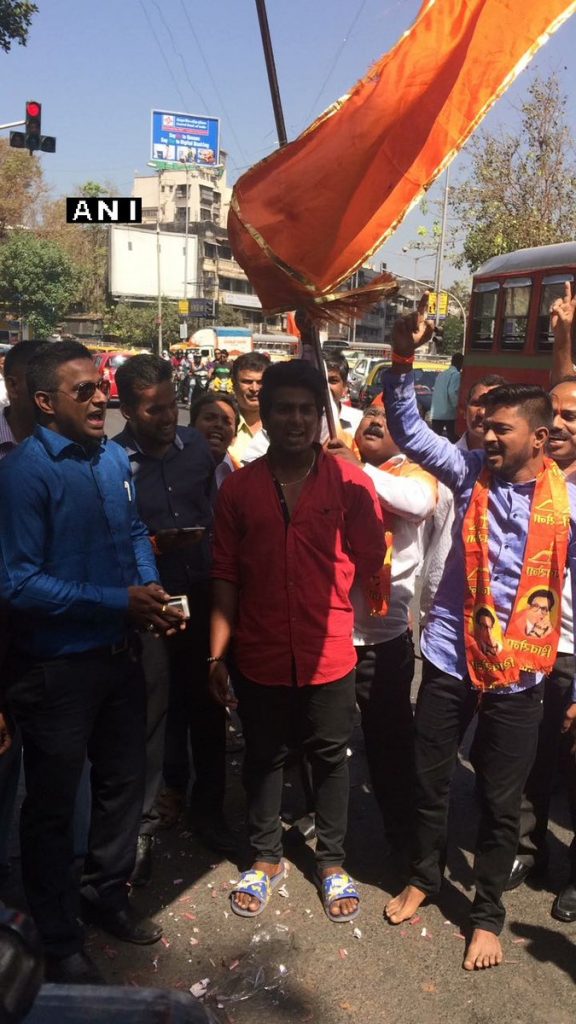 10: 57 AM:  Here comes the MNS, the Raj Thackeray-led party is now leading in 3 wards. NCP too leading in 2. Shiv Sena is leading the charts with 34 leads.

Seeing the early trends in #BMCPolls , Congress continues to loose its charm. It is the right time to think on a new face @OfficeOfRG

10: 21 AM: Uddhav Thackeray-led Shiv Sena leading from one seat too

10: 10 AM: The battle is between Shiv Sena and BJP. Interesting to see will they form an alliance?

10: 06 AM: Counting of votes underway. About 55 percent voted in BMC polls this year.

10: 04 AM: Only those who have voted have the right to crib about bad roads, traffic, water shortage, etc, a Mumbaikar share his thought via tweet.

9: 58 AM: Major traffic diversions in Mumbai due to Brihanmumbai Municipal Corporation polls counting, tweets a Mumbaikar.

9: 54 AM: Just ahead of the counting, here is the quick flashback about what happened in last elections:  During the 2012 BMC elections in the 227-member body, the Shiv Sena won 75 seats, the BJP won 31, the Congress 52, NCP 13, MNS won 28 seats while independents and other smaller parties won 28 seats.

9: 49 AM: BMC elections result is the most keenly awaited for the allies-turned-rivals, Shiv Sena and BJP.

9: 45 AM: On the eve of the counting of votes for the Brihanmumbai Municipal Corporation (BMC), the Aam Aadmi Party (AAP) demanded that repolling be held in the areas where a large number of people, including Bollywood actor Varun Dhawan, could not exercise their franchise as their names did not figure in the voters’ list.

7:48 AM: All eyes on results as counting of votes for the Mumbai civic polls today.

The political temperature in Mumbai is at the peak as the results of the Brihanmumbai Municipal Corporation (BMC) in what is being dubbed as India’s richest civic body election is all set to be out today. As enthusiastic Mumbaikars came out to vote on February 21, Mumbai recorded the ts highest-ever voter turnout for a municipal election, with 55.28 per cent.

2275 candidates are battling it out in 227 municipal wards. Over 1.95 crore voters across the state were entitled to vote to choose representatives for ten city corporations. It is a five corner contest between parties like Bharatiya Janata party (BJP), Shiv Sena, Maharashtra Navnirman Sena (MNS), Nationalist Congress Party (NCP) and Congress. But all eyes are on the former allies Shiv Sena and the BJP who are fighting it alone in BMC elections 2017 for the first time after they broke their 20-year-old alliance.