Delhi Chief Minister Arvind Kejriwal and Union Minister Arun Jaitley’s legal battle has now taken a strange turn. Kejriwal who suffered defeat in the recently concluded Punjab and Goa Assembly elections has found himself embroiled in yet another controversy. He now expects the taxpayers to foot his legal bills for the defamation case filed against him by Finance Minister Arun Jaitley.

How it all started?

Delhi Chief Minister approached Delhi High Court and put in a request to see the bank details of Arun Jaitley and his family members from the year 1999 to 2015. Kejriwal accused Jaitley of financial irregularities and corruption while he was the president of Delhi and District Cricket Association (DDCA). 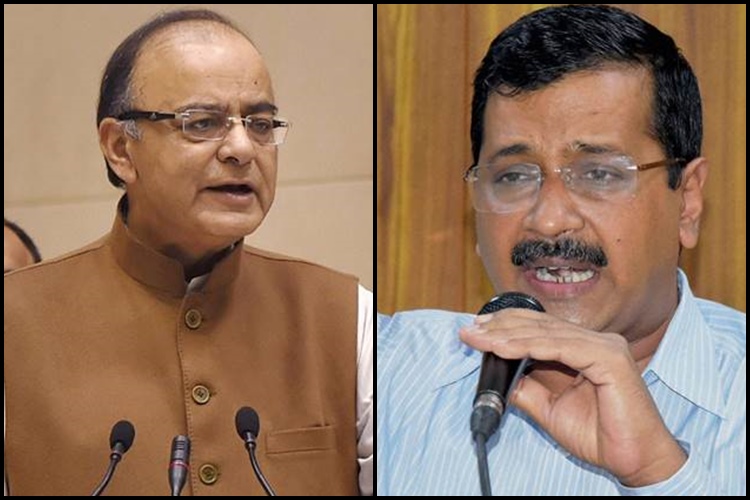 Ram Jethmalani is suspended BJP member and was expelled from the party after he vocally criticised few of the party members and its leadership.  Jethmalani had lashed out at Nitin Gadkari and asserted that he would take the party down the drain. 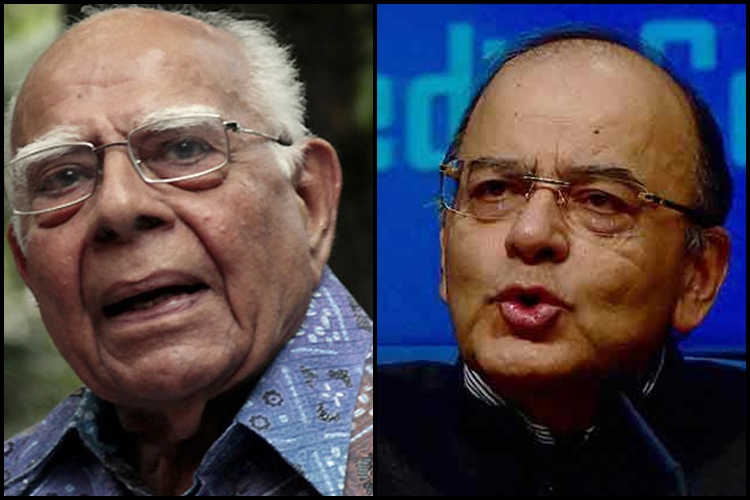 He also slammed External Affair Minister Sushma Swaraj and Arun Jaitley for opposing the appointment of new Central Bureau of Investigation (CBI) chief Ranjit Sinha and criticised both of them in Lok Sabha and Rajya Sabha. He had also hit out at Arun Jaitley in the past for taking “ill-advised” stand on black money.

What has happened now?

Kejriwal now wants permission to pay his bill of Rs 3.42 crore for the defamation case filed against him by Arun Jaitley. Kejriwal has engaged a battery of lawyers to represent him, including Ram Jethmalani. The Delhi CM reportedly owes the amount to Jethmalani, who has represented him in all the defamation cases filed against him. Notably, Jethmalani’s retainer is Rs 1 crore and his appearance fee per court visit is Rs 22 lakh. According to a report by Times Now, the AAP govt has written a letter to the Delhi Lieutenant Governor seeking his permission to use public money to pay for his court battles.

Deputy CM Manish Sisodia has signed off on the bills and sent them for clearance to Delhi’s Lieutenant Governor Anil Baijal, who has sought the opinion of experts on how to proceed.

Why @ArvindKejriwal ji is silent on this letters ? I challenge Kejriwal ji to debate with me on this issue. https://t.co/P9K3mIlBe3

According to reports, the Delhi government informed Baijal that it was necessary for the administrative department to engage Ram Jethmalani to represent Kejriwal in court.

Naturally, Twitter erupted with comments soon after the report of Kejriwal wanting to use public money to pay his legal bills surfaced.

Ram Jethmalani charges 22 lakhs for every session he appears in court for you + 1 crore retainer. That’s more expensive than Ranveer singh

So Jethmalani’s fees for his disastrous performance against Jaitley being borne by tax payers of Delhi, revolutionary indeed #AAPKaNuksaan

What did Ram Jethmalani say?

Jethmalani said if Kejriwal could not pay his fees he would treat him as a ‘poor client’.

“I charge only the rich but for the poor I work for free. All this is instigated by Mr. Arun Jailtley who’s afraid of my cross-examination,” Jethmalani said. Kejriwal. Jethmalani is one of the most expensive lawyers in the country.

What did the BJP say?

‘Pay for your own Karma’: BJP

Bharatiya Janata Party took a massive jibe at Kejriwal asking him to pay for his own “karmas”. “There is no money for ‘Safai Karamcharis’ and they have money to be paid to lawyers for personal cases,” Union Minister Prakash Javdekar said.

.@AamAadmiParty is looting the people of Delhi from the left right and center : Shri @PrakashJavdekar https://t.co/sduNaGZhol

What is the Aam Aadmi Party saying?

Delhi deputy chief minister Manish Sisodia asserted that the controversy was reeked up to distract people from the EVM controversy.