There has been a massive upsurge in number of agricultural fires in Delhi-NCR region over the last one week, according to American space agency NASA. Traditionally, farmers used to burn crops in the months of Marc,h April and May to make way for water-intensive paddy crop. National Green Tribunal has banned the practice as it’s a major regional source of pollution, contributing between 12 and 60 per cent of PM concentrations as per various source apportionment studies. Given Delhi’s poor record of air pollution, crop residue burning has been identified as a major health hazard and efforts to stop the practice has been intensified.

The images captured by NASA’s Fire Mapper show a massive spike in the number of fires in the area between April 25 and May 3, according to Indian Express. Meanwhile, the Green panel on Wednesday was shown the images of crop bunring in Haryana’s Kaithal district prompting it to seek a status report from Punjab, Haryana and Uttar Pradesh over actions taken by the respective state governments to prevent crop burning. The next hearing is scheduled for May 11.

Speaking to Indian Express, petitioner Vikrant Tongad said, “We submitted photographs to the NGT which prompted the court to seek a compliance report from Punjab, Haryana, UP and Rajasthan on the action taken against erring farmers, fines levied on them and the subsidy that has to be given to farmers to tackle this situation.” 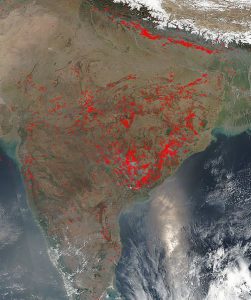 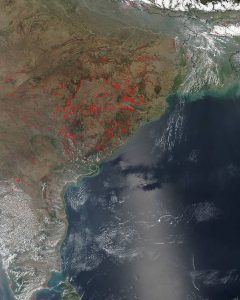 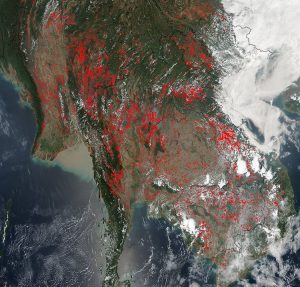