In an incident in Gurugram that has left the entire state police force embarrassed, a police inspector was found creating ruckus on a busy road leading to major traffic snarls. The officer, Tarun Dahiya, dressed in sleeveless T-shirt and shorts, parked his SUV in the middle of the road, played loud music and danced. He was reportedly in an inebriated state and was accompanied by his friend.

According to a report by the Times of India, many local dhaba owners and drivers requested him to move his Toyota Fortuner. He, however, paid no heed to their pleas and flaunted his rank while continuing to dance on Sheetla Mata road in the wee hours of Monday. The entire commotion lasted for almost 30 minutes after which police arrived. Upon being questioned by the patrol team, Dahiya misbehaved with them as well. They put Dahiya and his friend into the jeep and took them to Sector 5 police station.

Inspector Tarun Dahiya, is in-charge of Tauru crime unit in Nuh. Since the accused is a police inspector, there was an attempt to hush up the matter. However, a video of the incident was shared by a news website following which Gurugram Commissioner KK Rao intervened. 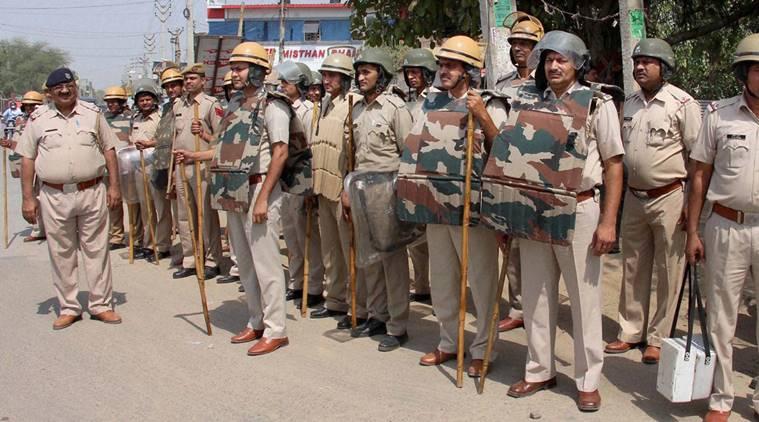 “We are shocked and embarrassed. It is unacceptable. If a common man does this, we do not spare him and here is a cop who is expected to be more responsible and he creates nuisance and when apprehended he misbehaves with fellow cops. We have asked SP, Mewat, to take immediate action in this,” Rao said, reports The Tribune.

A similar incident had happened in February this year when a group of women thrashed a drunk cop for allegedly misbehaving with them. The cop identified as head constable Yogesh Kumar, was beaten with sandals and the video of the incident went viral on social media. The authorities, however, denied that he indulged in harassment and blamed the people for their ‘mob mentality’, reports The Hindustan Times.