When Shakespeare wrote “clothes maketh the man”, there was probably no gendered connotation. But, it seems that St. Xavier’s College, Kolkata has taken it a tad too seriously.

In a diktat, circulated recently, the reputed university asked its students to refrain from wearing “revealing and indecent dresses like too short pants” from January 2018 onwards.

However, turns out, this is a practice that has been going on for years now. The authorities and even the gatekeeper of the institute have their own set of rules, based on their understanding of what is ‘decent’. The gatekeeper routinely stops people from entering the premises if they are wearing anything that is indecent to his eyes. 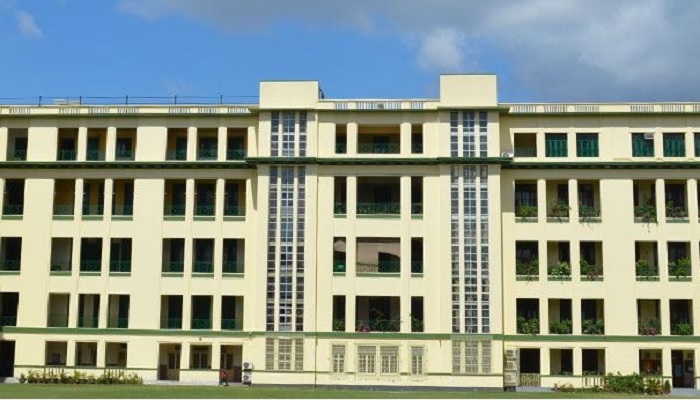 “I had been stopped from entering once because I was wearing a three-quarter sleeved top. The female guard asked me to go to the nearby market to buy something ‘proper’, following which I would be allowed entry. I was shocked. I was not wearing anything that could be called vulgar or indecent in any way,” recalls Avilasha Ghosh, who passed out from the institute in 2014.

Video: Why do they bully?

Now, the debate ensues on what college authorities mean by “decent clothing” when the sole focus should be on whether the students maintain the decorum and discipline while inside the premises.

Rohit Paul, a student of the 2014 batch tells InUth: “I really don’t see how it matters what the students wear. Covered shoes and collared shirts were mandatory even when we used to go to college. For women, there were a whole set of other rules about the length of the skirts and on whether they were wearing anything revealing.”

A 2nd year student of Political Science, on condition of anonymity, says that the girls’ hostel also has a lot of other issues. “The bags of the students living in the hostel are frequently checked with no care for privacy. They also check the contents of the water bottles, smelling them to ensure that no liquor is carried inside the hostel. Some of my friends have had real problems during their stay in the hostel, but they don’t stay there anymore.” 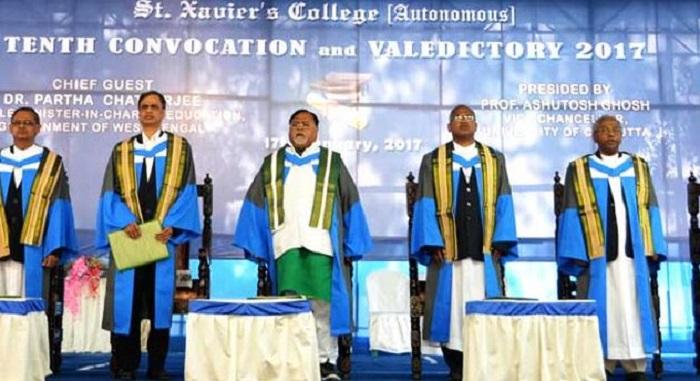 A convocation ceremony at the college. Courtesy: www.sxccal.edu

But, let’s just look at what the dress code dictates. Students at Xavier’s have been asked not to wear printed t-shirts with slogans, quarter pants, and dhoti pants. The college has a long list of dress restrictions, such as any skirt shorter than a maxi or one with a slit is strictly forbidden. Women are also not allowed entry if they wear sleeveless clothes and the same goes for men without collared shirts.

Ghosh feels the regulations, which are supposedly for all students, come off as gendered since the institute dictates on even the measurements of the women’s attire. “Come to think of it, most of the rules are directed at dictating what the woman should not wear, how long the woman’s skirt or sleeves should be. I don’t know if they think that any kind of skin contact with men can become sexual or what, but the rules seem quite unnecessary.”

The diktat being gendered would make more sense if one were to take into account that the girl’s football team aren’t reportedly allowed to practice on the main ground of the campus. This is allegedly because the women wear shorts, but the boys, on the other hand, are given complete freedom to wear the athletic attire. Reports suggest that girls are often asked to wear track suits to even go to the washroom near the main field. The colleg administration has reasoned this with the excuse that the ground is adjacent to a boy’s school. 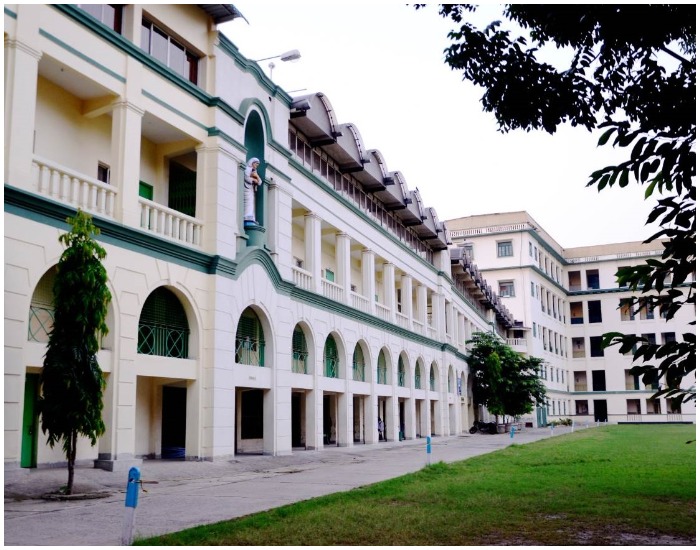 However, not all students are miffed with the dress code.

Avik Sarkar, another Political Science student in 2nd year, claims the regulations have been there and diligently followed by a large section of the students. “The directive had been in place since 2016. Some people have a problem with it now because there are a few stricter regulations for the girl’s hostel, but this is not something that we need to obsess over. I think men and women have completely equal rules.”

Repeated calls to the administrative office of the university went unanswered.

This time, last year, St Xavier’s College, Mumbai, had stirred another controversy over the acceptable dress code in the college premises. After banning short clothes in the campus, the institute had forbidden students to wear ripped jeans.

On December 5, the Magadh Mahila College in Patna issued a circular, which banned students from wearing jeans, jeggings and Patiala suits. The college will now introduce a dress code for the students from January 2018. The administration also forbade the use of mobile phones inside the campus and imposed a fine of Rs 1,000 if a mobile phone is found in possession of a student.