Indians have, on more than one occasion, taken their obsession with selfies a step too far. From a forest officer posing with a python and almost getting strangled to death to people precariously positioning themselves near waterfalls or coastlines that has led to the death of quite a few.

With the rising number of selfie deaths, the administration finally took cognisance of the dangerous phenomenon. After the Goa administration established “no-selfie zones” on certain spots, West Bengal police have decided to ban selfies at the city’s popular beach town of Digha during high tides. The decision was taken after taking note of the increasing selfie deaths, especially around the beach, in the past month, reports Hindustan Times. 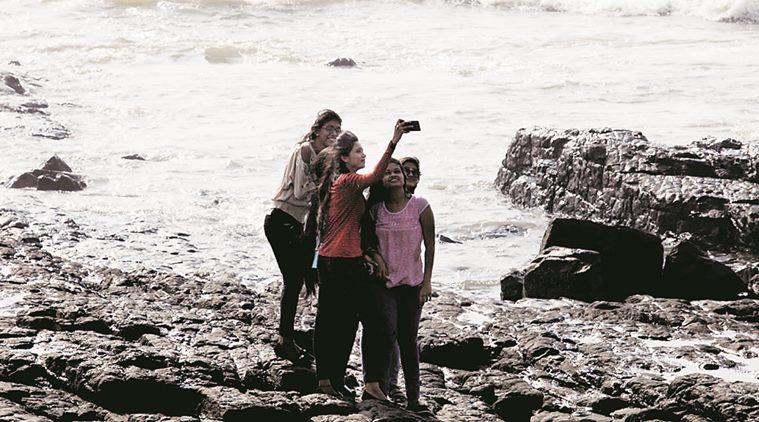 “Though the police, civic volunteers and members of disaster management teams regularly urge tourists to stay away from the water during high tide, many don’t pay heed. We also have started cordoning off the Digha beach with yellow ropes to stop tourists from going near the sea during high tide. “If we find anyone near or in the water during high tide trying to click pictures, we will arrest him/her,” Indrajit Basu, additional superintendent of police (rural) of East Midnapore district told Hindustan Times.

A fine of Rs 200 will also be imposed. According to the report, the police have also starting warning tourists through microphones and several caution boards have also been put up. However, there will be no such restrictions during low tides.

This diktat could be the authorities’ way of tackling this dangerous trend. Two weeks ago, a 56-year-old railway employee, who was trying to take a selfie, stepped over the wall and was subsequently swept away into the sea.

Earlier in June this year, red flags marking ‘no selfie spots’ had been put at 24 popular tourist spots in Goa. Behind this decision was the increase in number of tourist deaths and a video of them going viral over the internet, reports The Indian Express. 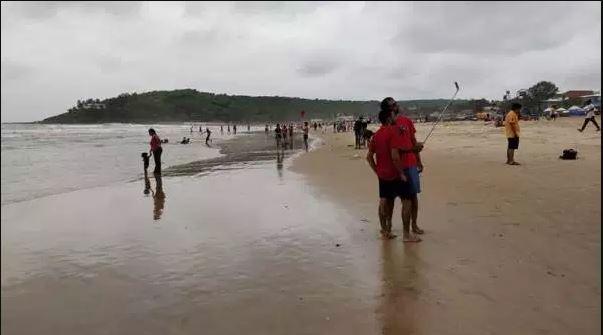 “The need for red alerts now is urgent” “The indifference to the law has started to cost heavy. It also has to do with a poor understanding of water and lack of awareness of a healthy beach culture.” Ravi Shanker, CEO of Drishti Marine, the state-appointed lifeguard agency at 40 prominent beaches across Goa told the newspaper.

The locals and lifeguards have also complained of being scolded by tourists after they warn them to not go near sensitive spots or dangerous rocky terrains with selfie sticks.

On Tuesday, two siblings in Jammu drowned in the Chenab river while clicking a selfie. According to the police they were taking a selfie at Jia Pota in Akhnoor when they lost balance and fell in the

In another incident in Mumbai, the police reported that a was swept and drowned while clicking a selfie standing at South Mumbai’s Marine Drive.