Thousands across Delhi and several other cities gathered on Wednesday in support of the social media spurred campaign ‘Not in my name’ to protest the recent spate of lynchings of Muslims and attacks on Dalits. Horrified by the brutal murder of a 15-year-old Muslim boy, Gurgaon-based filmmaker Saba Dewan posted a message on Facebook calling for a protest at Delhi’s Jantar Mantar on Wednesday evening. Protests were also held in London, Toronto, Karachi and Boston.

“Shouldn’t there be protests against the lynchings especially after the murder yesterday in Delhi NCR by a mob of a 16-year-old Muslim boy? If not now then when? Why wait for political formations to organize a demonstration? Why can’t all of us as citizens repulsed by the violence get together in protest at the earliest next week at Jantar Mantar under the banner – Not in my Name,” Dewan in her first post.

The #NotInMyName protest in Delhi. Young, old, Muslims+ Hindus- everyone I spoke to says India can’t become a nation for the majority Hindus pic.twitter.com/BVwh46TWUy 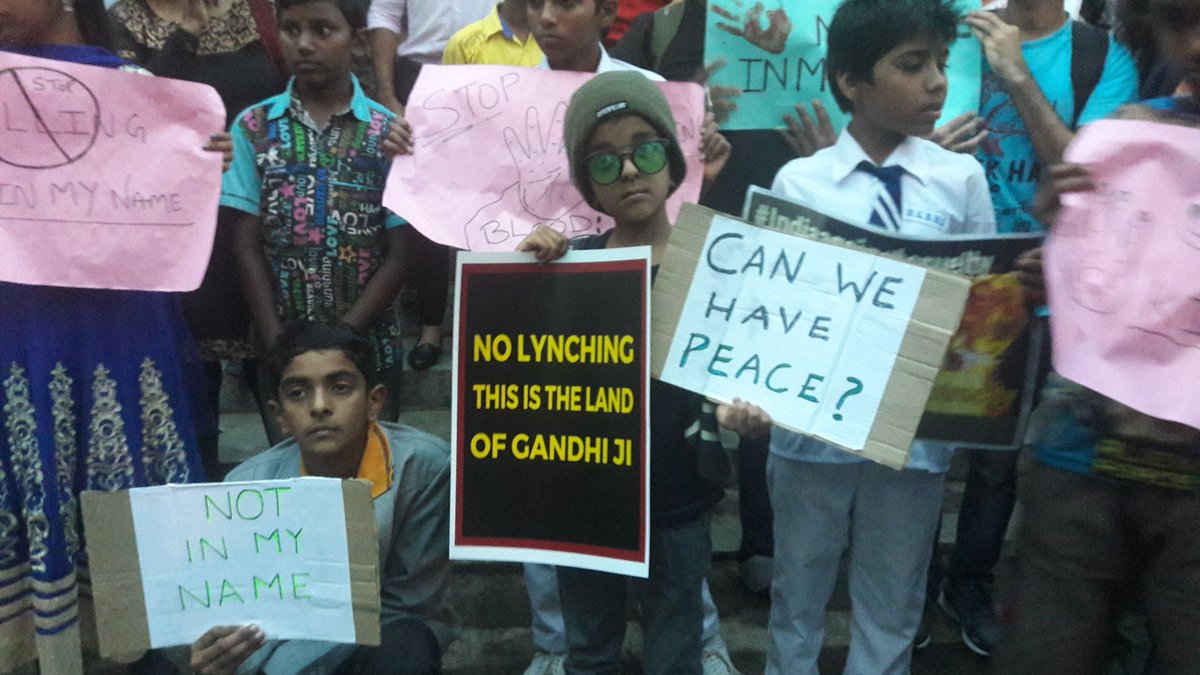 The #NotInMyName protest in Delhi. Young, old, Muslims+ Hindus- everyone I spoke to says India can’t become a nation for the majority Hindus pic.twitter.com/BVwh46TWUy

Not too young to understand #notinmyname pic.twitter.com/MZkIKQGFGW

Indians say ‘Not in my name’ at Jantar Mantar #NotInMyName pic.twitter.com/TSDKc2VR2d

Jantar Mantar. Lots of young people have turned up to condemn lynchings. Good sign for the future! #NotInMyName pic.twitter.com/hPmrRsxOu6 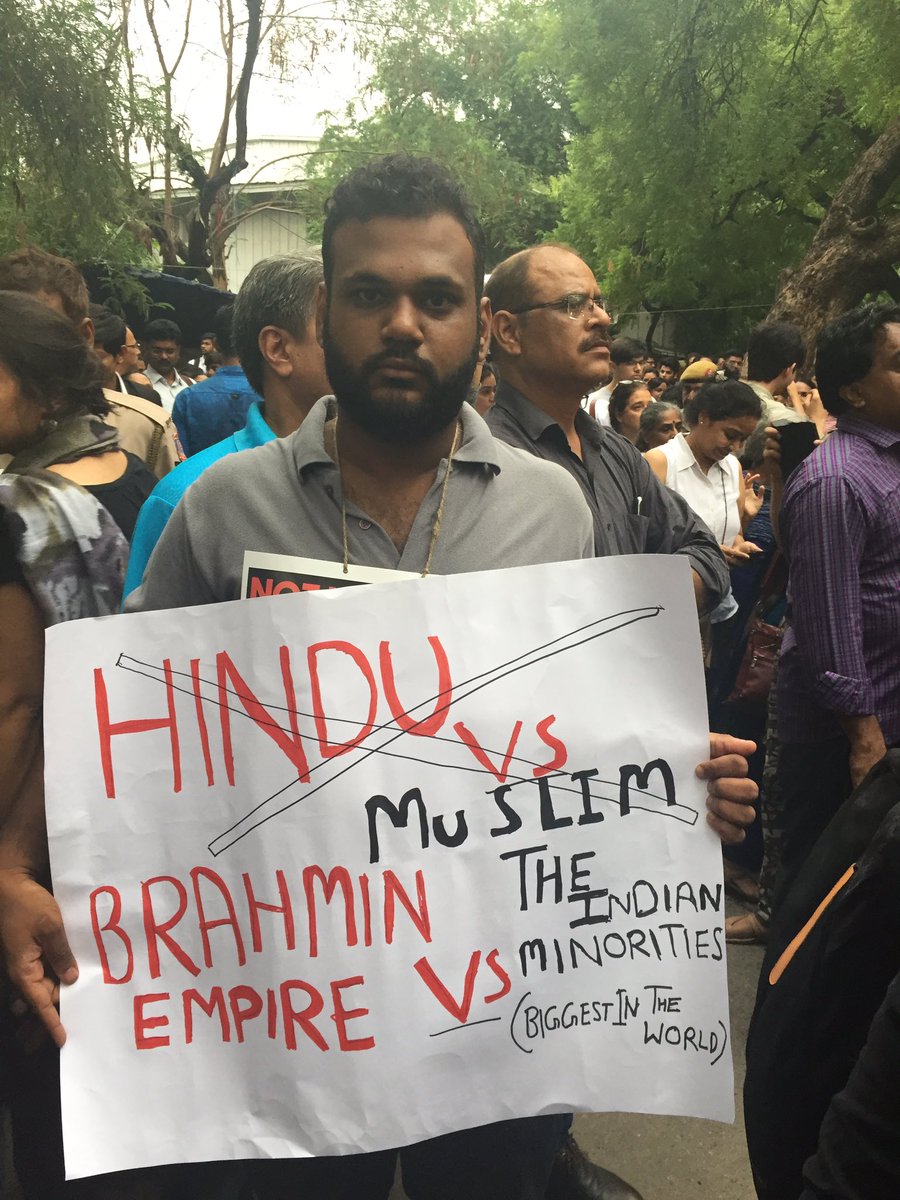 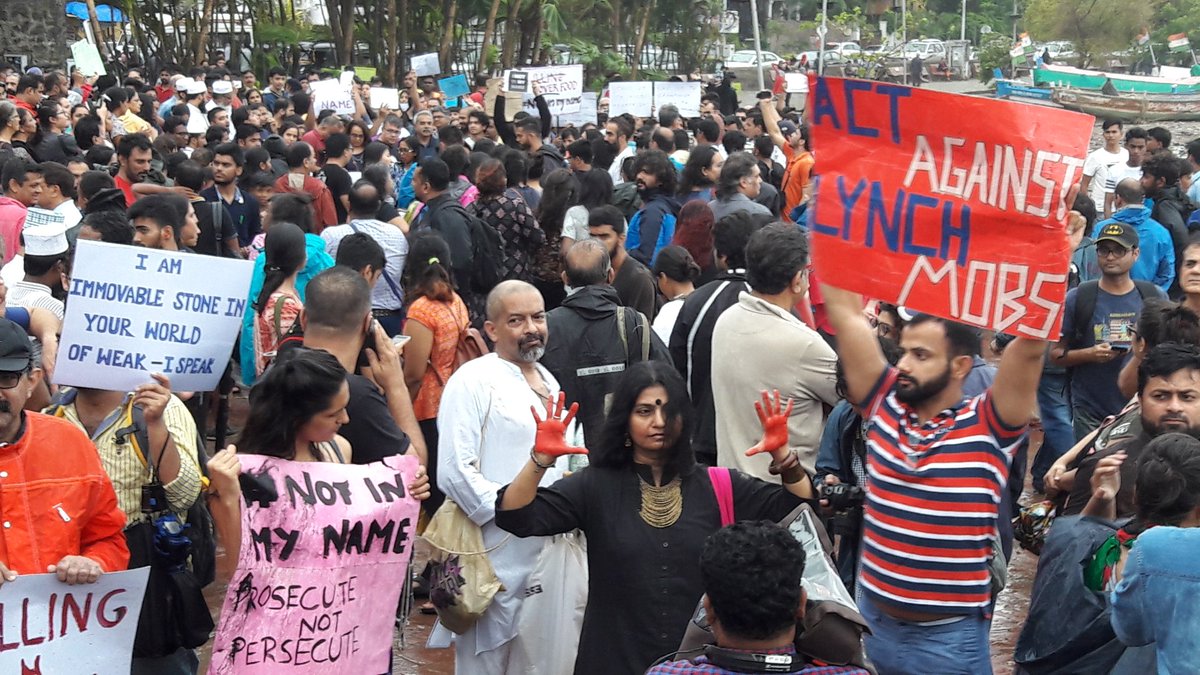 The unpunished systematic violence of one section who’s in power, over the sidelined sections is definitely #NotInMyName pic.twitter.com/x8wRV8ZLA4 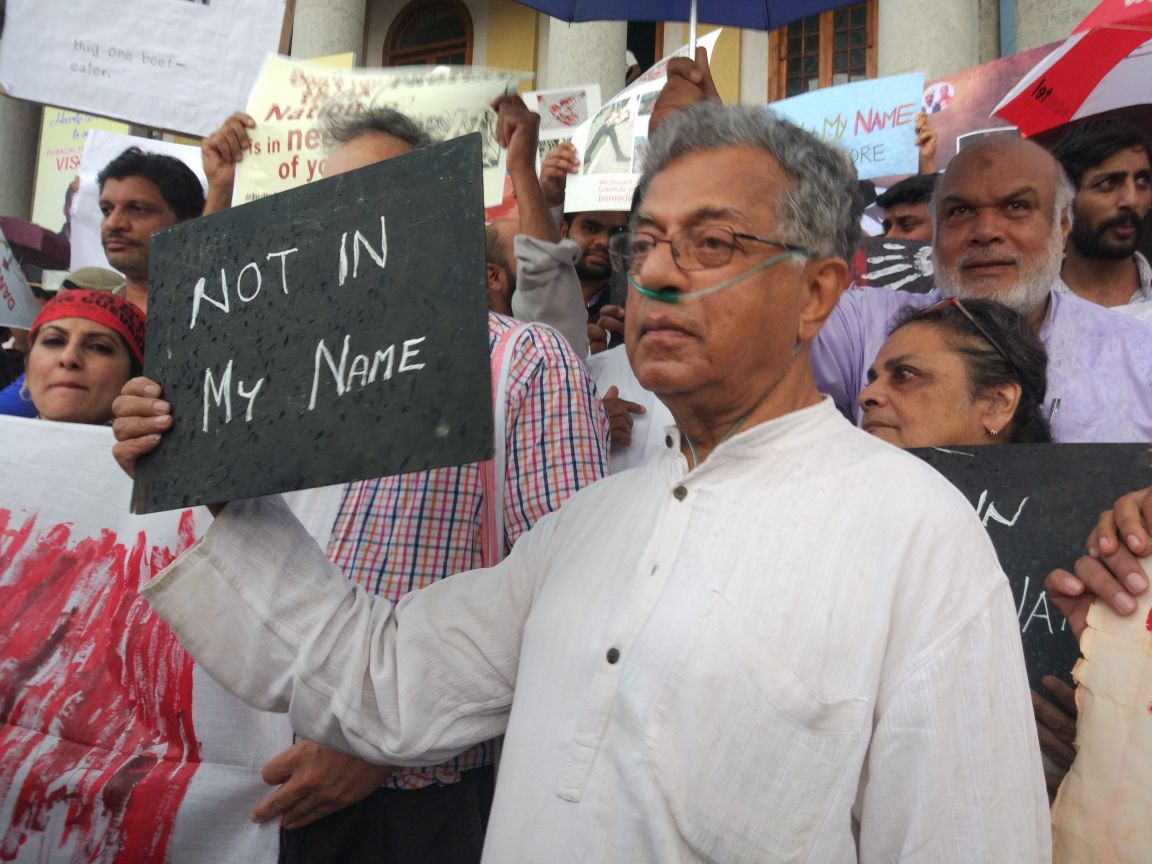 Amidst the swaying palms and the pouring rains, Mumbai braved it to say #NotInMyName pic.twitter.com/BMj6UpsRGd 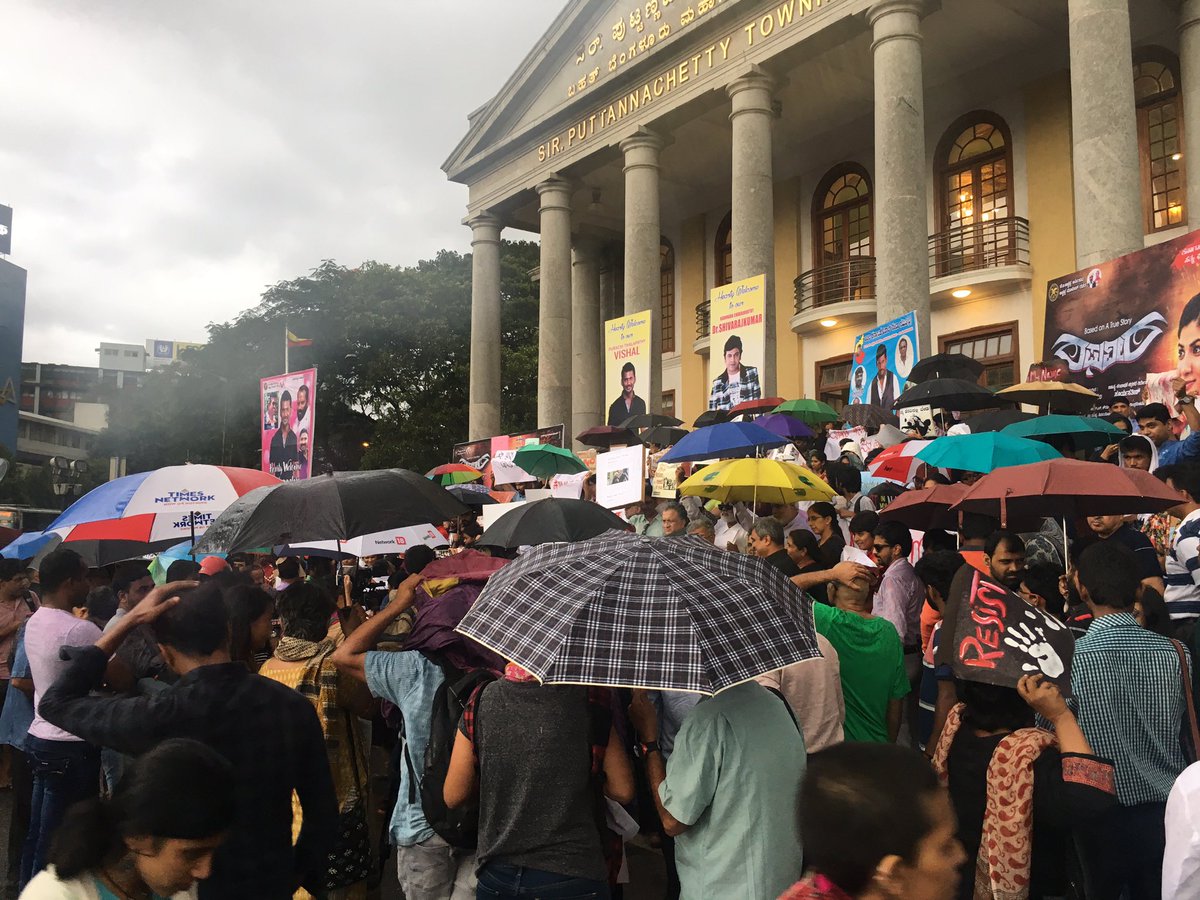 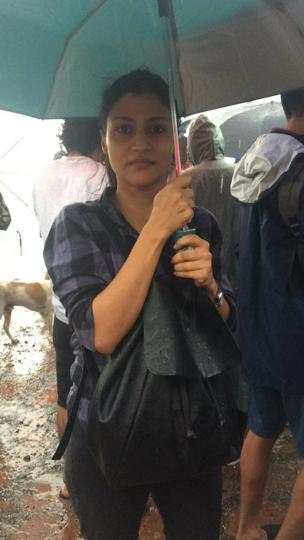 Mr. Prime Minister, this is not a country of lambs. Carter road promenade despite heavy rains , standing against tyranny #NotInMyName pic.twitter.com/U4e8hWTcAM

Big crowd for #NotInMyName in Bengaluru. More people coming. And the rain gods agree with us! #Stoplynching pic.twitter.com/hMWdekZvrW

There are some wild animals disguised as humans among us. They’re the ones opposing the silent protest against mob lynching. #NotInMyName

Lets reclaim the nation, reclaim Hinduism from the violent bigots, above all reclaim our rights as citizens! #NotInMyName

Murder of Junaid is the latest in a series of lynchings that started in September 2015, when an ironsmith named Mohammed Akhlaq was murdered in his home in the Uttar Pradesh area of Dadri by a mob that accused him of storing beef in his fridge.