Soon, it will take just two hours to travel from Mumbai to Ahmedabad and vice-versa. It will be possible due to the first-ever high-speed bullet train that will run between the two cities from 2022. The much-ambitious project was inaugurated by Prime Minister Narendra Modi and the Japanese premier Shinzo Abe in Ahmedabad. The Rs 1.10 lakh crore project is expected to be completed by 2022. It is reported that the high-speed train will have 10 coaches and a capacity of 750 people. The train will run at a speed of 320 kmph and the maximum speed can reach up to 350 kmph.

The Mumbai-Ahmedabad bullet train is still behind the Shanghai Maglev, currently the fastest train in the world. Also known as the Shanghai Transrapid, the high-speed train runs at a speed of 430 kmph, covering a distance of 30.5 kms in just 8 minutes. It commutes between Longyang Road and Pudong International Airport in Shanghai.

Before the bullet trains come on the Indian rail tracks, let us have a look at 5 fastest trains that are currently running in India. 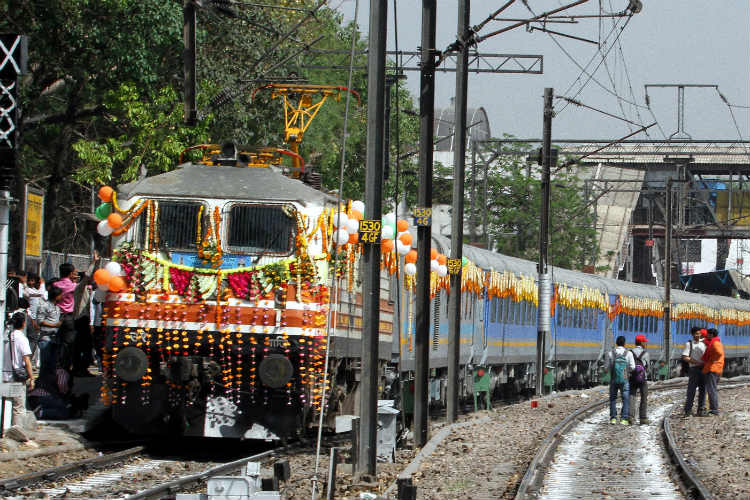 Before the launch of Gatimaan Express, the fastest train in India was Bhopal Shatabdi Express which runs at a speed of 140-150 kmph. The train was initiated in 1988 and runs between New Delhi and Habibganj Railway Station of Bhopal city.

Mumbai Delhi Rajdhani Express: Introduced in 1972, the Mumbai Rajdhani is the fastest Rajdhani train that reportedly runs at a speed of 91 kmph. Before Bhopal Shatabdi, it was the fastest train in India. The train covers a distance of 1,385 kms in 15 hours and 50 minutes. 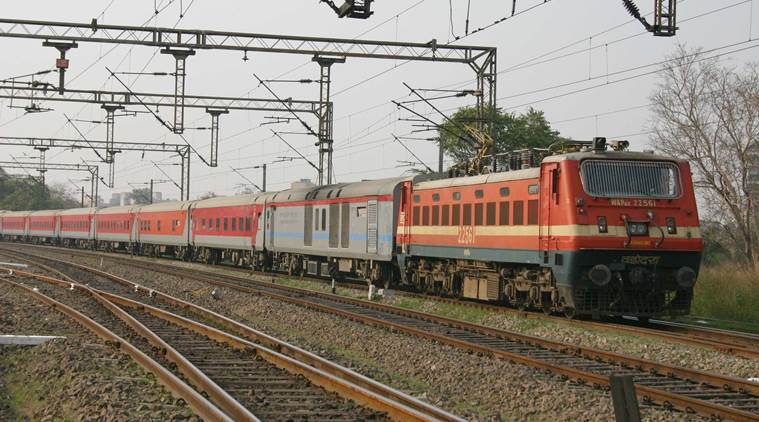 Mumbai Rajdhani Express was introduced in 1972, and is the fastest Rajdhani train in India

The first Rajdhani train in India runs at a speed of 87 kmph from Howrah to New Delhi. It covers a distance of 1,445 kilometres in 17 hours and 20 minutes.

Sealdah-New Delhi Duronto Express: The Duronto was introduced in 2009 with the purpose of covering long distances without any stoppages. The train covers 1,452 kilometres at a speed of 85 kmph in just 16 hours and 50 minutes.

Have you travelled in any of these trains?