Though marijuana, or cannabis, has long been considered as a religious offering at times, its use and consumption have largely remained illegal for the last 30 years. But Manipur might change that as the state is now considering legalising the psychedelic plant.

However, the state is not considering legalising recreational marijuana but rather for medicinal and industrial purposes. Chief Minister N Biren Singh reportedly said that legalising marijuana would boost the economy. He added,

“Oil extracted from cannabis is known to be useful in strengthening nerves and treating people suffering from paralysis. Also, legalising cannabis can boost the economy.”

The state of cannabis in India

Under the Narcotic Drugs and Psychotropic Substances Act 1985, the production and sale of cannabis resin and flowers were banned in India while allowing the consumption of its derivatives such as bhang. A few states including Assam and Maharashtra had since banned bhang as well but in 2017, Gujarat reversed its ban, legalising bhang for religious purpose. 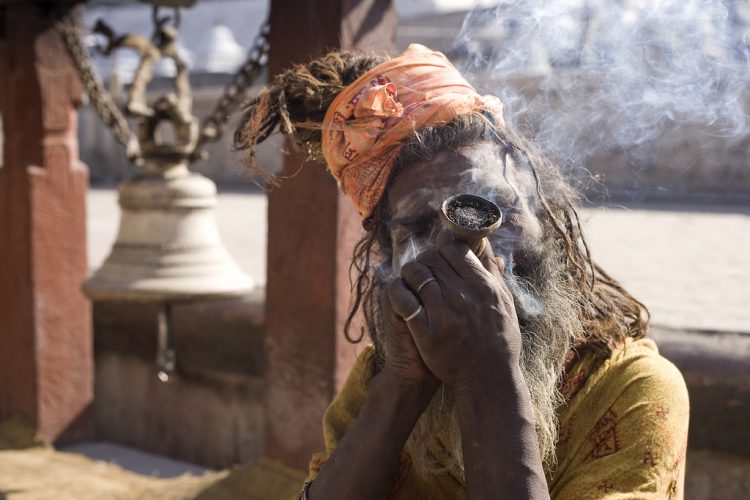 Of late, several current and former MPs like BJP’s Maneka Gandhi and INC’s Shashi Tharoor voiced their support for legalisation of cannabis. According to a 2019 study conducted by AIIMS, around 7.2 million Indians had consumed cannabis since 2018.

Why the world is legalising marijuana

According to a study by Harvard University, the medicinal marijuana industry uses CBD-dominant strains that provide little to no intoxication associated with smoking marijuana or hemp. Patients have found to report many benefits of CBD, from relieving insomnia, anxiety, spasticity, and pain to treating potentially life-threatening conditions such as epilepsy.

Other than that, marijuana appears to ease the pain of multiple sclerosis, and nerve pain in general. The report says that marijuana is also found to be a muscle relaxant, and people swear by its ability to lessen tremors in Parkinson’s disease. A highly promising area of research is its use for PTSD in veterans who are returning from combat zones.

While recreational use of cannabis is only legal in Canada, Uruguay, Georgia and South Africa, medicinal use of marijuana has been decriminalised in around 40 countries.