Indefinite economic blockade in Manipur will be lifted from March 19 midnight. The decision for lifting was resolved in a tripartite talk which involved United Naga Council, government of India and Manipur government. 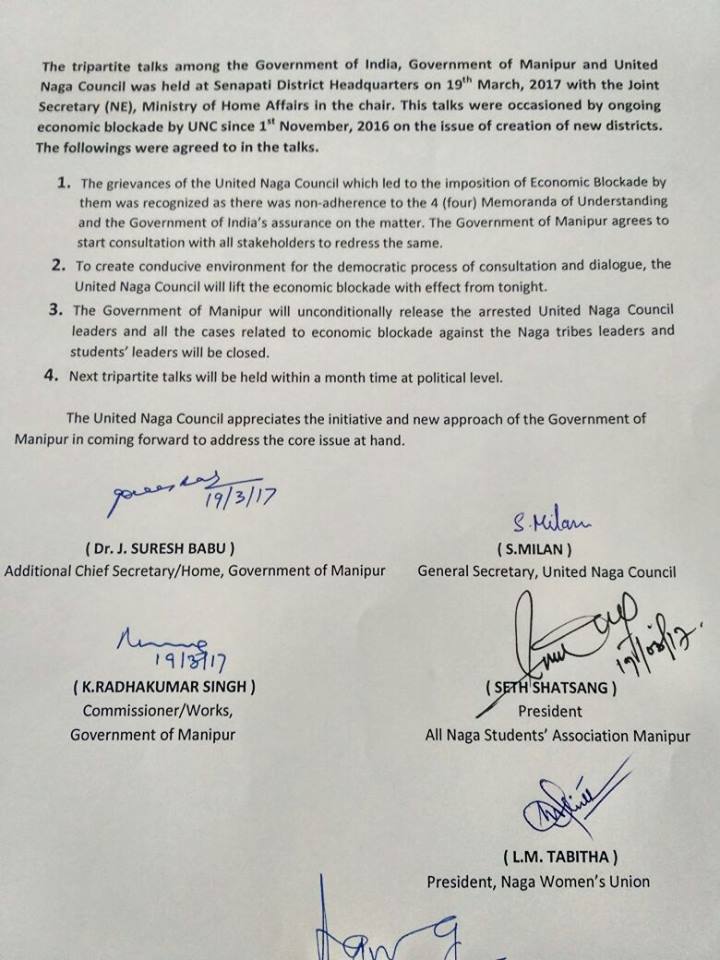 In the tripartite  talks it was also agreed to release arrested UNC leaders and closing of all the cases related to the economic blockade against Naga tribes leaders and students’ leaders.

130 days blockade was imposed by the United Naga Council (UNC) on November 1 last year when the then state government had announced of creating seven new districts. Naga tribe who has major presence in the area opposed the govt decision and cut off two highways. Since then, locals residing in those areas are suffering from the scarcity of essential and basic items.

Earlier, PM Modi had promised that the blockade would end in Manipur if BJP comes to power in the state. For past 15 years, it was Congress which was in the power under the leadership of Okram Ibobi Singh.