Unaffected by heavy rains, Prime Minister Narendra Modi and Yogi Adityanath led over 51,000 people to the celebrations on International Yoga day in Lucknow on Monday. Donning a white t-shirt and loose trousers, Modi performed several asanas amid yoga enthusiasts at the Ramabai Ambedkar Maidan in Lucknow.

He also added that contrary to the earlier belief that Yoga is only restricted to saints and seers in the Himalayan mountains, he said that Yoga has now become part of every person’s life. He also asserted that attaining “wellness” through yoga was more important than simply being physically fit. 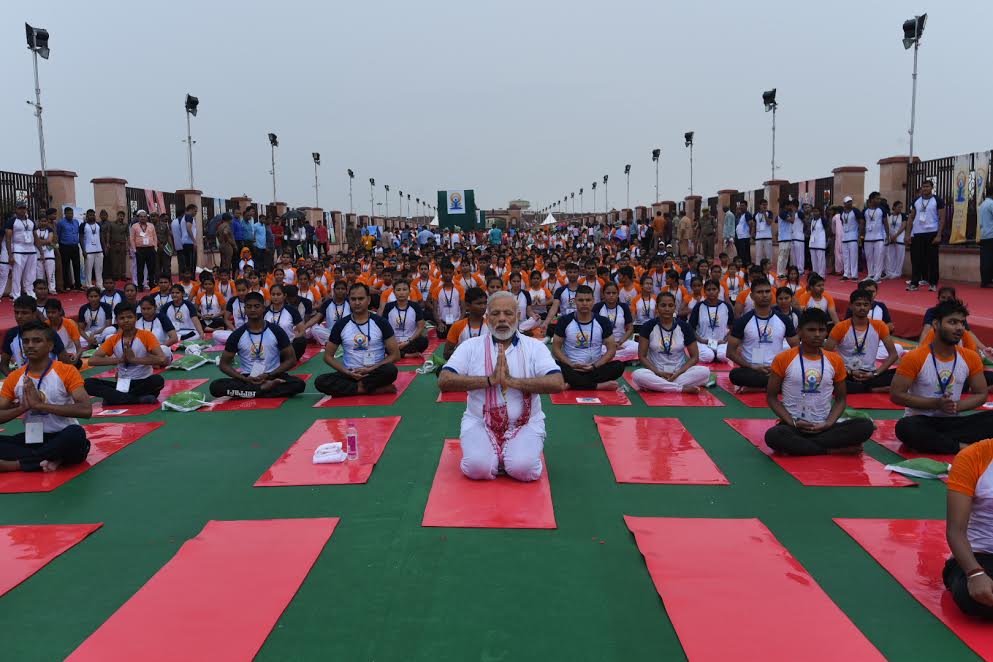 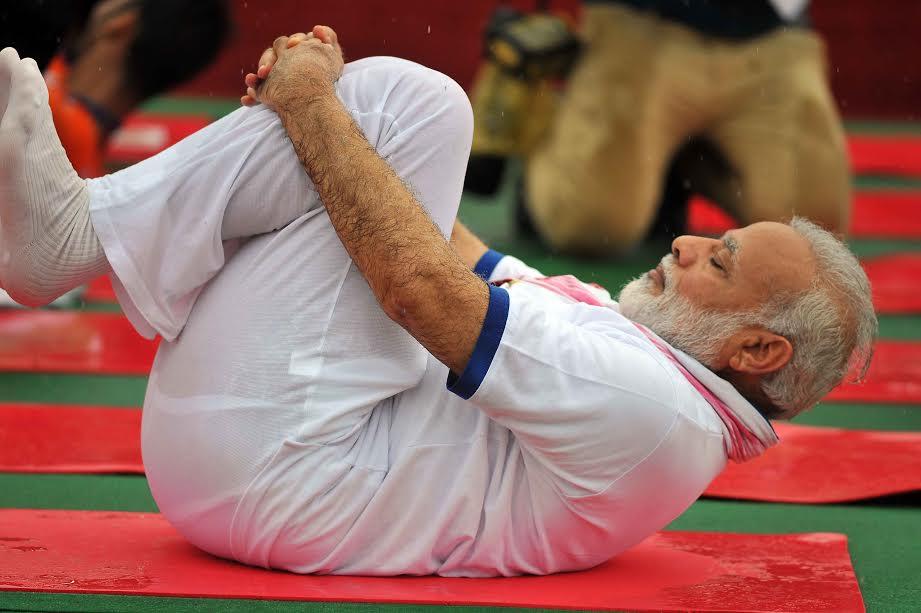 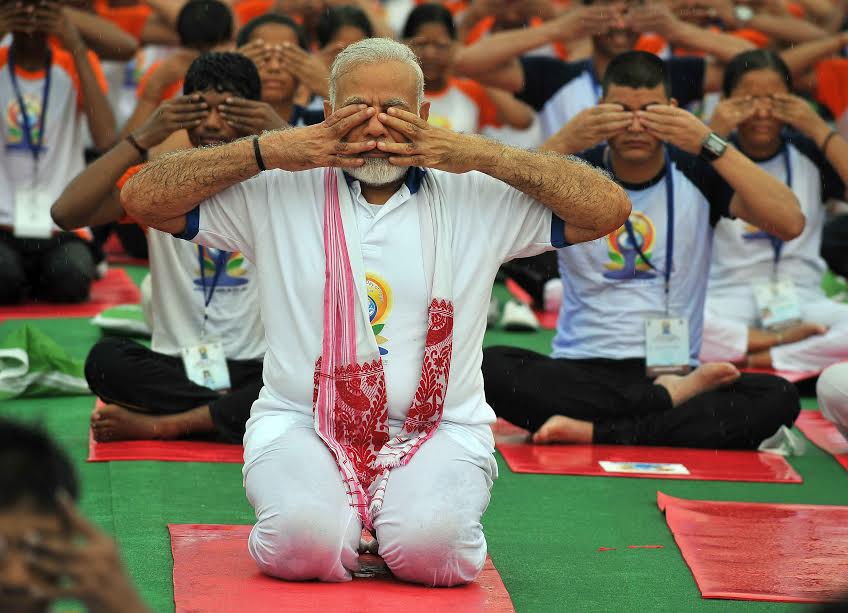 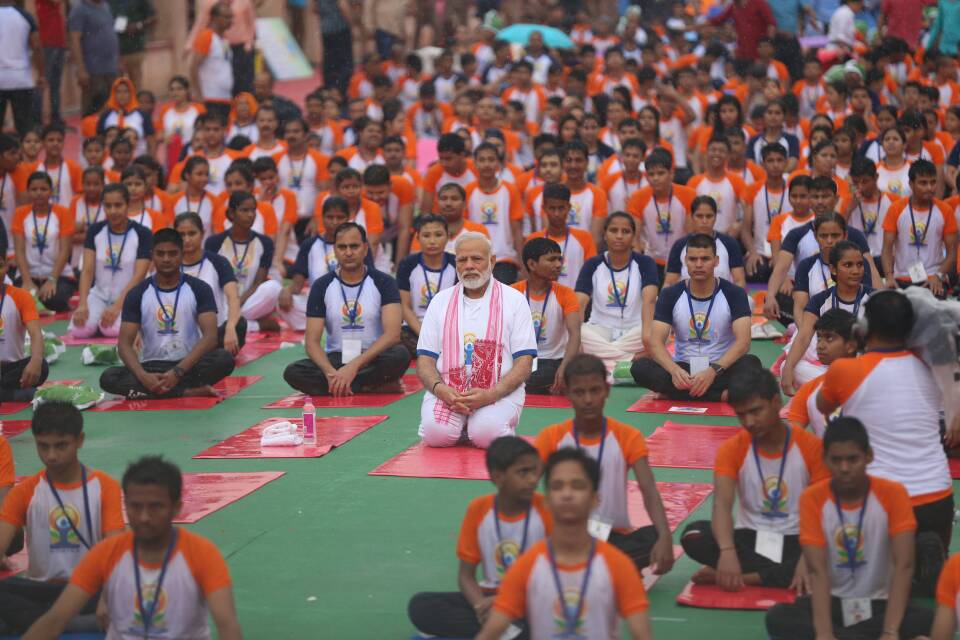 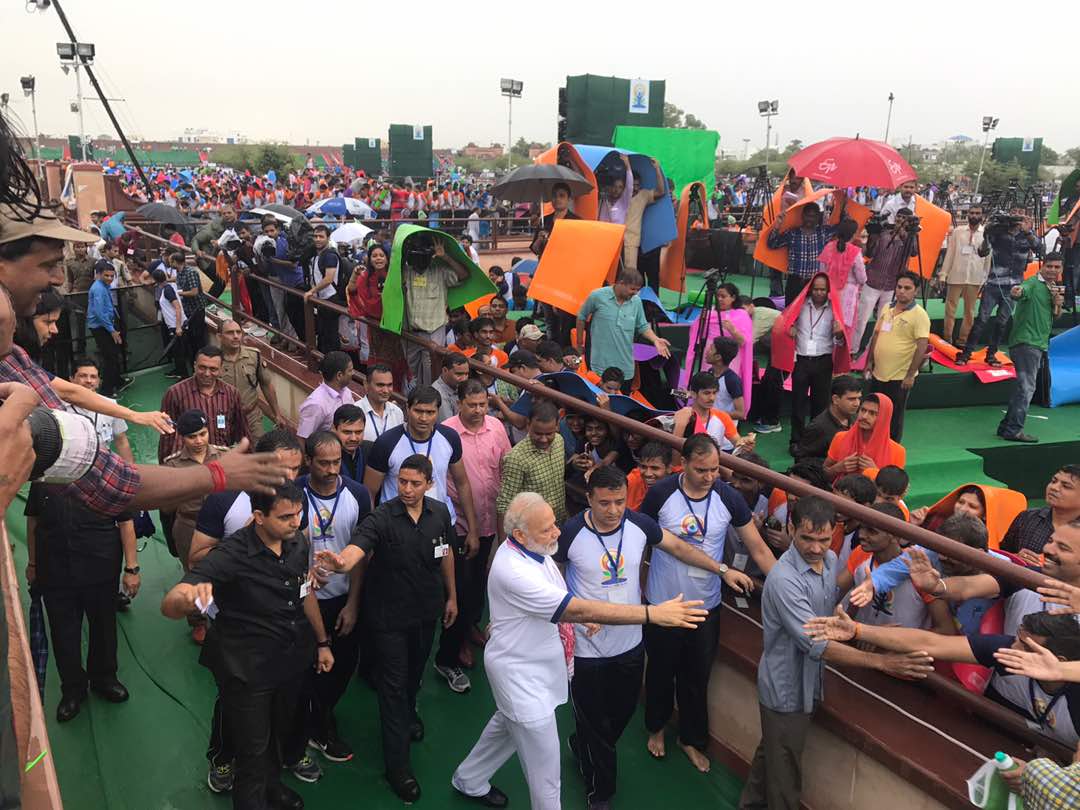 Narendra Modi: It is not important to perform yoga for 24 hours. 50 or 60 minutes (is fine) because it lends harmony to the body, mind and intellect. If 1.25 billion Indians and people around the world can attain this state of well-being, then humankind can also tide over problems born out of human thoughts. 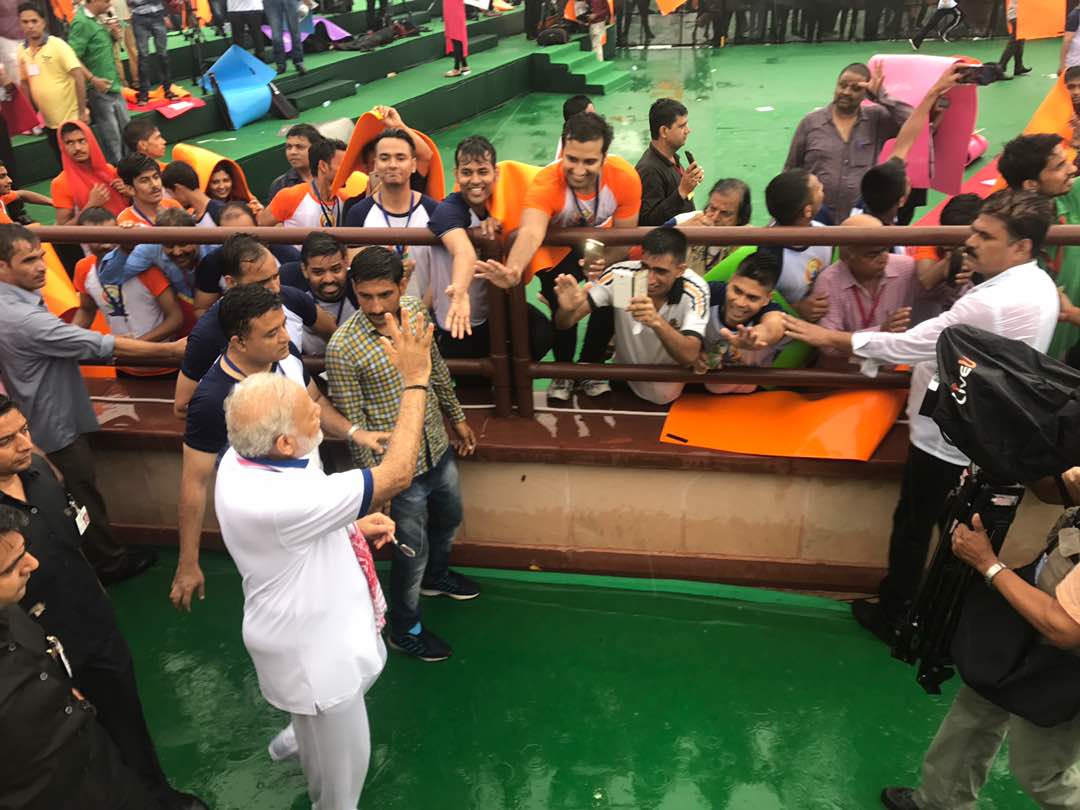 Narendra Modi: I urge everyone to make yoga a part of their lives. It is not even expensive to practice 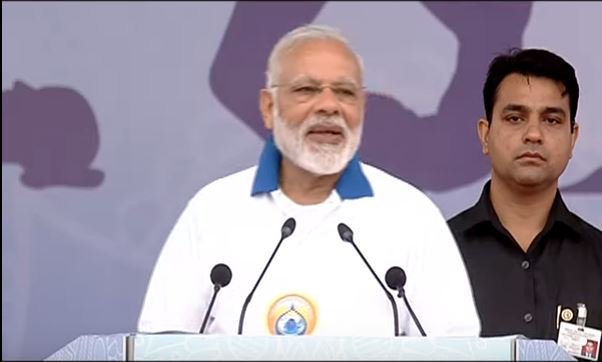 Along with the CM, Uttar Pradesh Governor Ram Naik was also present to perform yoga at the sprawling venue. Adityanath credited and thanked Modi for enhancing the reputation of Yoga on a global platform. 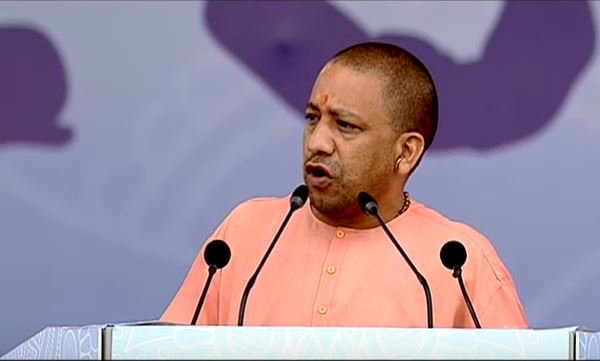 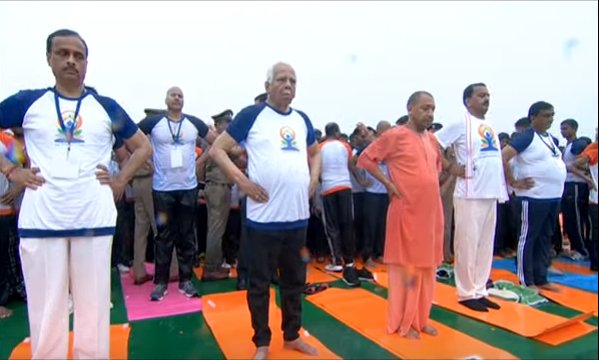 Three years ago, Modi had persuaded the United Nations to declare June 21 as the International Yoga Day. Since then, thousands of people hold yoga programmes across the world on this day.

There were intermittent rains in Lucknow since morning which threatened to spoil the mega Yoga Day event planned in Lucknow. 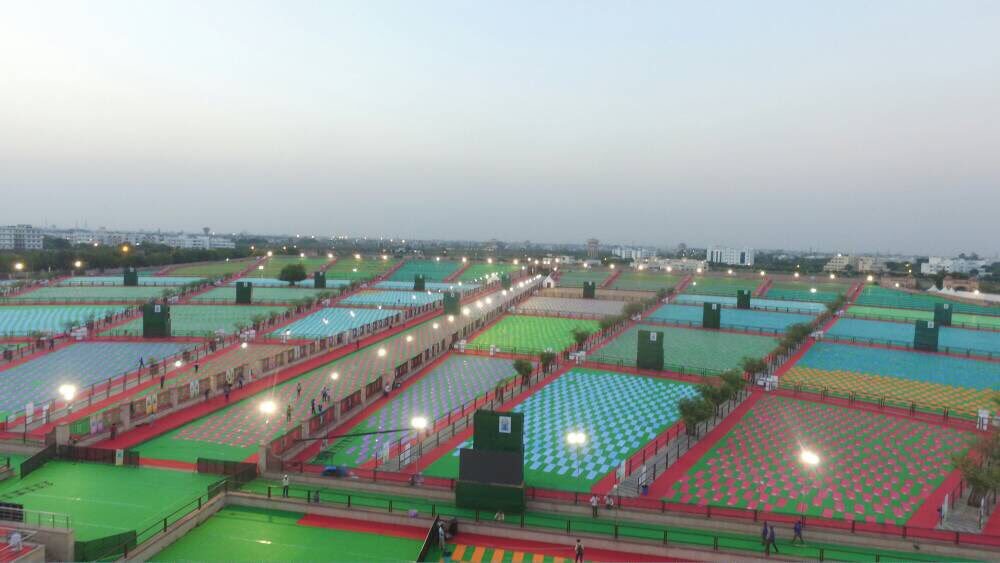 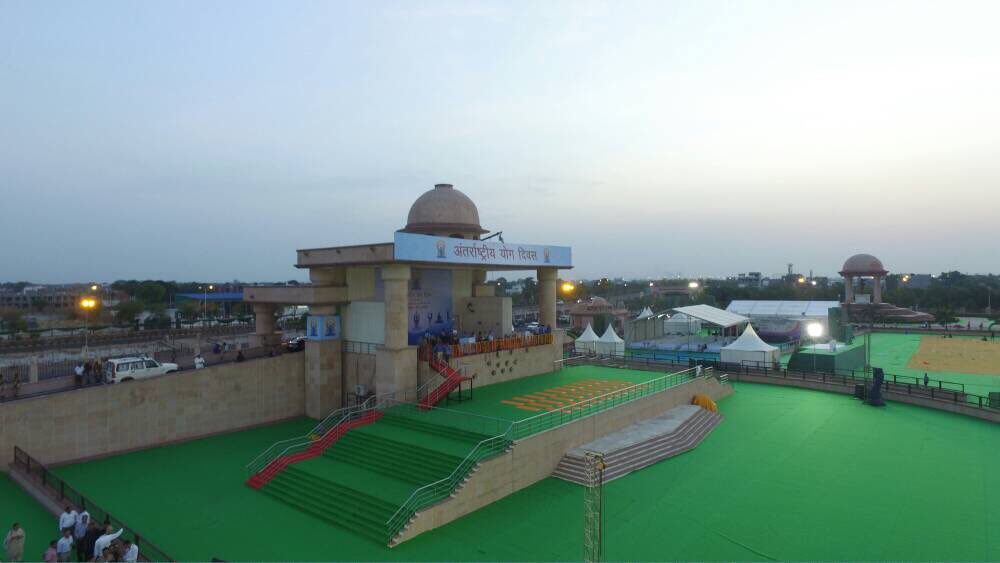 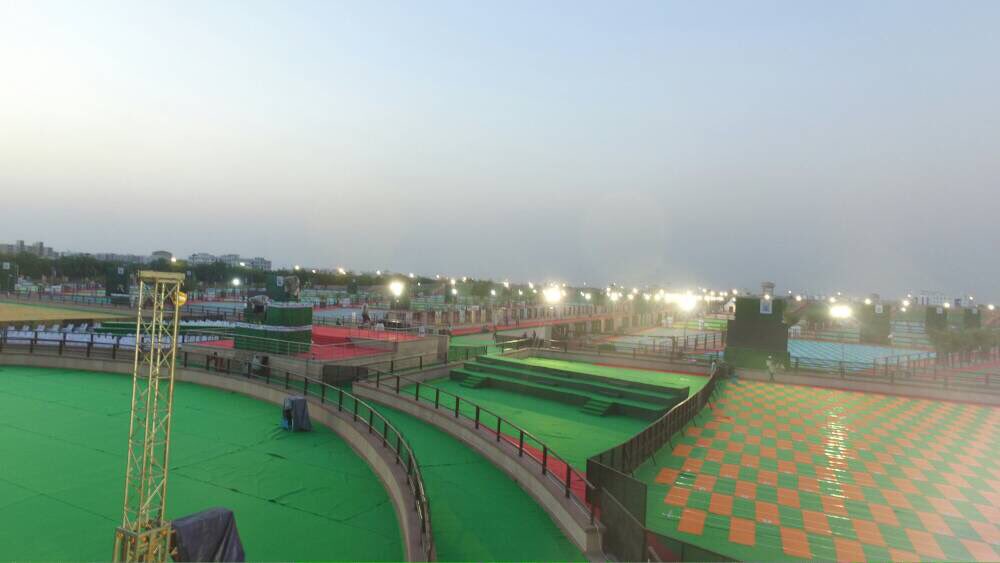