Divorce cases in India take a long time with even mutual divorce proceedings taking reportedly between 2-10 years, with a minimum of three sittings. To help women seeking divorce, a family court in Chhattisgarh’s Dhamtari, which is around 80 km away from Raipur, has set up a crèche for their children.

Called ‘Kilkari’, the crèche is the first in Chhattisgarh to be established in the family court premises. It is set up to care for children under the age of 10 whose mothers have to visit the trial court in cases related to divorce, maintenance, family disputes and settlement on marriages. The crèche will serve as a nursery for children whose mothers have to wait for long hours during trials. Two female guards are employed at the crèche who also assist in looking after the children. The kids are also provided with toys, milk, snacks, food and water without charge. 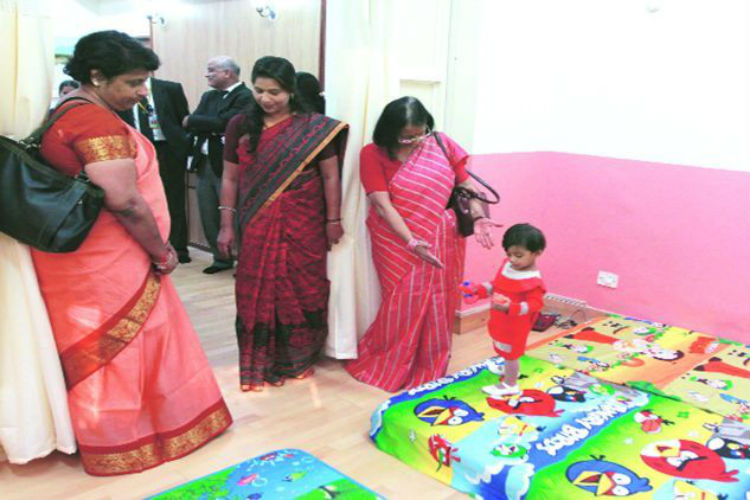 “Most of the women or petitioners come in early and have to wait for long hours. So how can they spend their free time instead of inconveniently waiting around and doing nothing. An idea to have a facility where the children are left to play and their mothers can wait without fearing for safety. Even women visiting the courts can sit around and relax in the crèche room earmarked under Kilkari.”

However, Dhamtari is not the first court in India to have a crèche in its premises. Last year, the Supreme Court also announced that it will have a crèche for kids of advocates and staff, and can admit up to 30 children at once. In 2017, the Bombay High Court also inaugurated one for women court staff and lawyers. A crèche was also opened at the Punjab and Haryana High Court in April 2018, with the services also extended to litigants on a first-come-first-serve basis.