The single boys and girls residing in the society have expressed anger and disappointment over the notice alleged that the Residents’ Welfare Association (RWA) were doing nothing but indulging in moral polciing. The notice was titled as the “rules and regulations for residents and visitors.”

The residents have asserted that while they had mo issues with the 10 PM, they do have an object to this particular rules since they now could not even get their friends and relatives home.

“Earlier, they had a rule that members of the opposite sex could not stay overnight, and had to leave by 10 pm. A few days ago, one of my female friends came for dinner and was planning to leave around 11 pm. But at 9.30 pm, guards turned up and demanded that she leave immediately,” Indian Express quoted a resident as saying.

The resident further claimed they could not even ask their siblings to live with them. “We were okay with the 10 pm rule, but this one is ridiculous. We cannot even call our colleagues or relatives anymor. I might have to look for other places to stay,” another resident told the daily.

The notice also states the visitors will have to show a valid identity card everytime they enter the society. Check the “rules” of Essel Towers, Gurgaon. 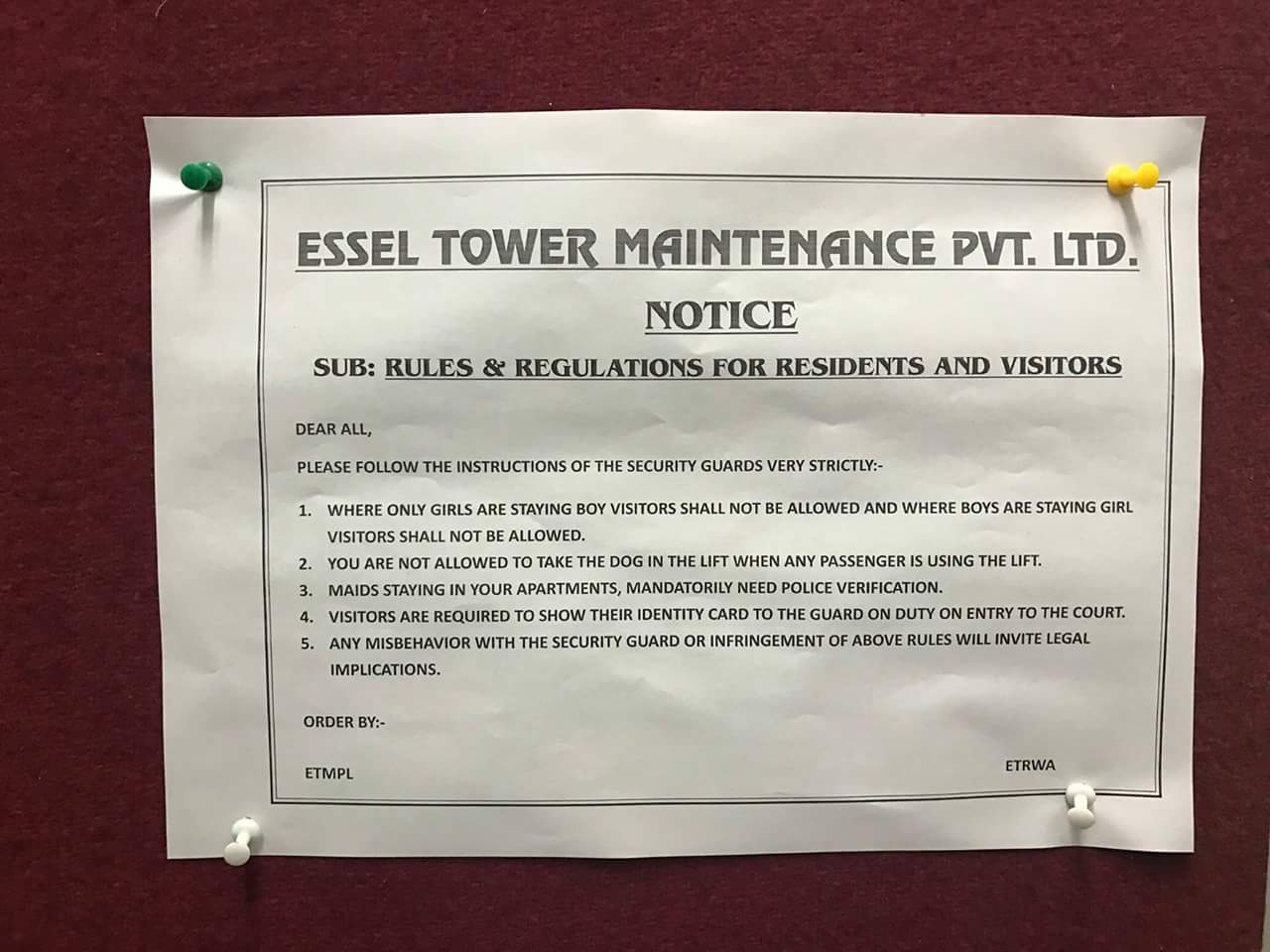