Following the attack, MNS leader Sandeep Deshpande claimed responsibility for the incident. Bragging about the incident in a tweet, Deshpande stated, “The MNS has carried out a ‘surgical strike’ on Nirupam’s office. We will fight fire with fire.”

According to a police official, the incident occurred at 11:30 am. “Two persons entered the MRCC office and vandalised it with the help of paver blocks and stones,” they said. Mumbai Police detained Deshpande following the incident. 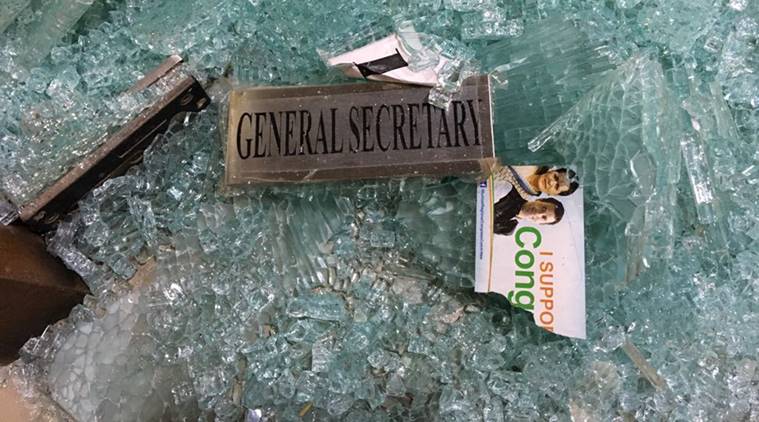 Nirupam responded to the attack saying, “I can understand the frustration of the MNS whose workers are being beaten up by hawkers regularly. Their attack on our office is a cowardly act. Chief Minister Devendra Fadnavis must act fast or a befitting reply will be given for sure.”

ALSO READ: Has Amit Shah been lying about his religion? Here’s what Congress leader Raj Babbar has to say

He added, “The MNS workers vandalised our party office when nobody was there. The police station is just 25 metres away.”

After the unfortunate stampede at Elphinstone railway station on September 29, MNS had blamed ‘migrant’ hawkers and called for their eviction from the city. However, Nirupam had backed the hawkers which fueled a feud between the two parties.