There are countless biographies on former prime ministers Indira Gandhi and Jawaharlal Nehru, but not much has been written about Feroze Gandhi. In his short life span, he wore many hats. He was a freedom fighter, a member of Constituent Assembly, a fearless critic of his own party’s government, a whistle-blower, a respected parliamentarian and a member of the so-called first family of Indian politics.

Born into a Parsi family on September 12, 1912 in Bombay, his father Faredoon Jehangir Ghandy was a marine engineer and Ratimai, a housewife. A young Feroze along with her mother moved to Allahabad following his father’s death and started living with his maternal aunt, Shirin Commissariat, a surgeon at the city’s Lady Dufferin Hospital. He attended the Vidya Mandir High School and then graduated from the British-staffed Ewing Christian College.

From Ghandy to Gandhi

Even though he was not related to Mahatma Gandhi, Feroze was so inspired by the Father of the Nation that he changed the spelling of his surname from “Ghandy” to “Gandhi” after joining the Independence movement. Feroze had his political training and entry into public life at Allahabad.

Also Read: From being a Muslim to stories around his relationships, 7 bizarre conspiracies around Jawaharlal Nehru

He abandoned his studies in 1930 and joined the freedom struggle. In 1930 when Salt Satyagraha was at its peak, Feroze was imprisoned with Lal Bahadur Shashtri at Faizabad jail for 19 months. After his release, he was associated with the no-rent campaign in the United Province (now Uttar Pradesh) and was imprisoned twice, in 1932 and 1933.

Feroze took great care of ailing Indira’s mother Kamala Nehru and thus developed a bond with the Nehru family. He was at her bedside at Lausanne in Switzerland when she died on 28 February 1936. It was during his stay in Europe, Feroze and Indira grew closer to each other. Initially, Nehru was opposed to the marriage and even approached Mahatma Gandhi to dissuade her from marriage but Indira was firm on her decision. The couple got married in March 1942. Less than six months of their marriage, the couple was arrested and imprisoned. Feroze served prison in Naini Jail for one year. The coming five years were of comfortable domestic life and the couple had two sons, Rajiv and Sanjay, born in 1944 and 1946 respectively. Feroze was then a director of his father-in-law’s newspaper National Herald and was also a part of the editorial team of The Indian Express. 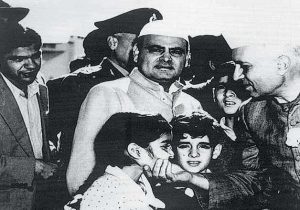 Feroze was a socialist and federalist while Indira had an authoritarian attitude. According to Bertil Falk the author of ‘Feroze, the forgotten Gandhi’. Later cracks began to erupt in their marriage and Indira along with her two sons moved into the PM’s official residence at Teen Murti Marg. Even after separation, Feroze visited the children regularly. However, it is not clear what led to the rift. While some say it was due to Feroze’s ‘womanising tendencies’ (Falk describes Feroze as a “womaniser” and quotes several of his contemporaries saying so) others claim that Indira Gandhi’s political ambitions led to the differences between them. 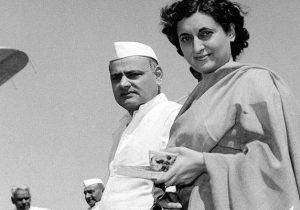 Feroze won independent India’s first general elections in 1952 from Rae Bareli constituency in Uttar Pradesh. He soon became a prominent force in his own right, criticising the government of his father-in-law and beginning a fight against corruption.

1) After independence, the proximity between political houses and business leaders grew and some of them got involved in corrupt practices. In December 1955, he pointed out the gross irregularities committed by Dalmia Jain company and showed how monopolists exploited the people and deceived the government. He revealed how Ram Kishan Dalmia, as chairman of a bank and an insurance company, used his companies to fund his takeover of Bennett and Coleman and started transferring money illegally from publicly held companies for personal benefit.

2) In 1957, he was re-elected as parliamentarian. On December 16, 1957 he exposed how Finance Minister TT Krishnamachari had allowed the state-owned LIC to invest Rs 1.26 crore in enterprises related to Haridas Mundhra to benefit him and to help him manipulate the stock markets. This was a huge embarrassment to the clean image of Nehru’s government and eventually led to the resignation of the Finance Minister TT Krishnamachari. Feroze earned the title of ‘Giant Killer’. Nehru, for all his talk of being anti-corruption, was helpless as his favourite was decimated.

3) Feroze was opposed to the candidature of Pratap Singh Kairon as CM of Punjab as he and his family were facing allegations of corruption. Feroze Gandhi charged Kairon with being in cahoots with smugglers and worse. “What explanation is there”, Gandhi would demand: “when a person with six previous convictions to his credit…had the daring to appear before a court of law and file an affidavit to the effect that the Chief Minister had directed the withdrawal of the case pending against him and that the order would reach the court from the Home Secretary?” But Kairon was Nehru’s candidate and the entire party swung in his favour. Four years after his death, Kairon had to resign after he was indicted by Dass commission for allowing his family to amass wealth.

Such was his pursuit against corrupt practises that he also charged the venerable Tatas of selling locomotive engines at nearly double the price of Japanese engines, leading to the loss of locomotive contracts for TELCO. It also helped in rise of public sector undertakings such as Chittaranjan Locomotive Works and Bharat Earth Movers.

To quote from Bertil Falk’s book on Gandhi, “When Feroze Gandhi started to hunt corrupt businessmen and capitalists and in passing, got institutions nationalised, he stumbled upon the fact that people of the administration were involved in corrupt dealings. It soon dawned on him that even the Congress party was infected by corruption, which was at its worst there because his party was the party in power. He realised that it happened right under the very nose of his father-in-law, the prime minister.” 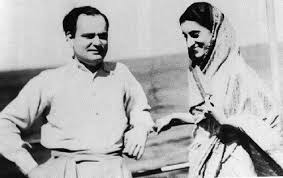 Feroze was a true democrat who fought hard for the free press and piloted the Parliamentary Proceedings (Protection of Publication) Act 1956 which empowered media to cover proceedings without the fear of defamation.

Feroze was strongly opposed to the dismissal of the Communist government in Kerala. He knew it was being done at the behest of Indira and voiced his opposition strongly. “Feroze and Indira fought hard when Nehru persuaded by Indira sacked the communist government of Kerala in 1959,” Falk said.

Feroze also initiated a number of nationalisation drives, starting with the Life Insurance Corporation. He was also the first Chairman of Indian Oil Corporation.

He suffered his first heart attack in 1958 and was advised by doctors to focus on his health. However, he did not give it due importance and continued with his hectic lifestyle. He suffered two heart attacks before he succumbed to the third one in the first week of September 1960 at Delhi’s Willingdon Hospital (Ram Manohar Lohia hospital). He was cremated and his ashes interred at the Parsi cemetery in Allahabad.