This is as filmi as it gets.  A thief returned the gold jewellery he had stolen from a house in Kerala’s Alappuzha district along with an apology letter to its owner.

Madhukumar and his family had left home to attend a function on Tuesday evening and returned same night only to find the backdoor of the house opened. Soon they realised that earrings and other gold ornaments were missing. On Wednesday Madhukumar lodged a compaant at Ambalapuzha police station and also named a suspect, Times of India reported.

However, on Thursday morning, when Madhukumar opened the gate of the house, he found the missing ornaments along with an apology letter.

In the letter, the thief promises not to repeat the offence and requested the family not to approach the police, The Hindu reported. 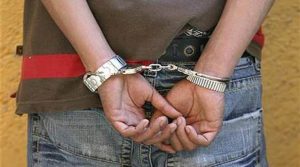 The letter read: “Please forgive me. I took your ornaments following financial constraints. I will not repeat it. Please don’t approach the police against me.”

The complainant and his family have decided not to pursue the case further.

Last year, a similar case came to light when a thief returned all the items he stole from a house in Thiruvananthapuram, along with an apology letter written in blood, after a Facebook post on the theft went viral.

Asianet news had reported that the thief returned the goods with an apology letter saying “I’m a student. I made a mistake, please don’t ruin my life. If the police catch me, they will charge me with all cases pending in the station. The tension is killing me, please tell the police to take down the Facebook post.”