A person named as the author of a book based on Prime Minister Narendra Modi’s weekly radio show ‘Mann ki Baat’ has claimed that he didn’t write the book.

According to an NDTV report, the government had claimed that ‘Mann Ki Baat: A Social Revolution on Radio’ was written by Rajesh Jain, who was working with Bluekraft Digital Foundation, a firm that used to organise PM Modi’s weekly radio show.

“I was not the author of ‘Mann ki Baat’ book and was surprised to see my name as author. I was asked by the PMO (Prime Minister’s Office) to come to the event. There, I found that my name was printed on the cards as an author. At the event, I made it clear that I was not the author,” Jain told NDTV. 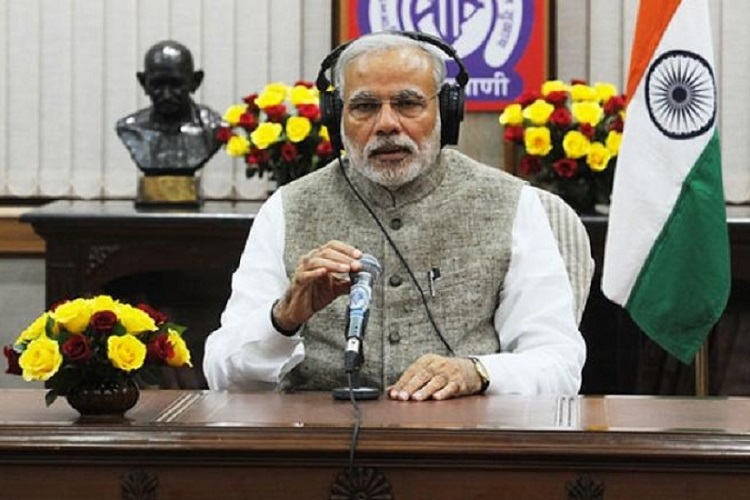 A picture of PM Modi during Mann Ki Baat

However, even after pointing out the discrepancy, the government’s Press Information Bureau site and narendramodi.in (PM Modi’s website) continue to show him as the author, Jain remarked.

The matter was brought to light by renowned journalist and former Union minister Arun Shourie during an interview with NDTV. “Rajesh Jain had absolutely nothing to do with this book. He (Jain) is my friend. He told me he had been dragged into the (book release) function, given a speech to read,” Shourie said.

According to PIB spokesperson, the last press release, which mentions that the book is compiled by Rajesh Jain, is the updated version. He didn’t explain the discrepancies in the earlier two press releases, the NDTV reported.